Selfies and cheers: Lula welcomed as a hero at COP27

"Brazil is back", he liked to repeat, words chanted by his supporters during his speech at the COP27 organized in the seaside resort of Sharm el-Sheikh, on the Red Sea. 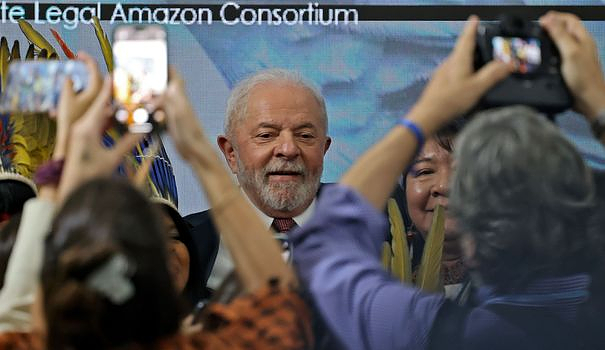 "Brazil is back", he liked to repeat, words chanted by his supporters during his speech at the COP27 organized in the seaside resort of Sharm el-Sheikh, on the Red Sea.

His two speeches at the COP drew a compact crowd made up largely of representatives of civil society from around the world.

"I think it sparks that enthusiasm because it represents a shift from a right-wing, anti-environment populist wave," says Melissa Yokoe Ashbaugh, an urban planning student at the University of Connecticut in the United States.

For his speech at the end of the afternoon, the United Nations security agents had to close the doors of the room, leaving outside the overflow of those who had waited to see him in the hope of a historic selfie.

“It is a turning point towards the protection of the planet, of the Amazon, of human rights, of the rights of indigenous peoples,” he added.

Under the mandate of outgoing President Jair Bolsonaro, the largest country in Latin America had isolated itself on the international scene, in particular because of policies promoting deforestation and fires in the Amazon.

It is a historic comeback for this 77-year-old former metalworker, who will begin his third term on January 1, 12 years after leaving power with record popularity (87%).

But also after having spent 580 days in prison, after convictions for corruption finally canceled for defect of form.