With these two texts, Emmanuel Macron and his Prime Minister Elisabeth Borne enter the hard part of this beginning of the five-year term, in the absence of an absolute majority, after a first more consensual exercise this summer on purchasing power, in the midst of an explosion of energy prices partly due to the war in Ukraine. 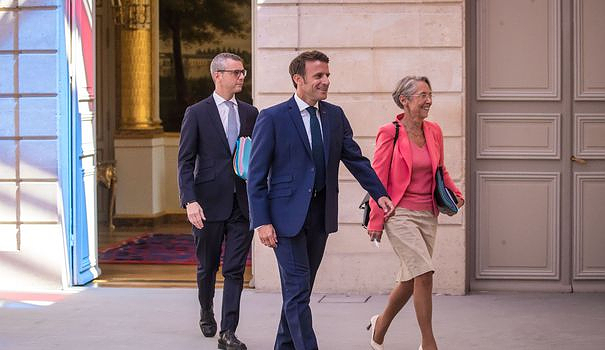 With these two texts, Emmanuel Macron and his Prime Minister Elisabeth Borne enter the hard part of this beginning of the five-year term, in the absence of an absolute majority, after a first more consensual exercise this summer on purchasing power, in the midst of an explosion of energy prices partly due to the war in Ukraine.

The unemployment insurance reform promises to be one of the most divisive bills with the 2023 budget, pending the highly inflammable pension bill, which the Head of State said he was aiming for "first entry into force" next summer.

The government intends to extend until 2023 the controversial compensation rules adopted in 2019, in particular for jobseekers alternating periods of work and inactivity.

The executive, which has set itself the goal of full employment (i.e. an unemployment rate of around 5% against 7.4% currently) at the end of the five-year term, wants "more incentive" rules for the resumption of use.

For this first text on the menu of Parliament at the beginning of October, the debates promise to be agitated, particularly in the Assembly with the left-wing coalition Nupes and the National Rally. The government is counting on a more conciliatory ear on the side of the Republicans who have claimed to be in opposition.

The orientation and programming bill of the Ministry of the Interior (Lopmi) provides for its part an additional 15 billion euros of budget in five years for the police.

- Text shortened by half -

"Security is one of the priorities of the President of the Republic and of my government", insisted Elisabeth Borne on Tuesday, referring to a "doubling of the presence of law enforcement in public space" by 2030, a strengthening the fight against cybercrime and "important action on the security of major events", from the Rugby World Cup next year to the 2024 Olympics.

The text, which will first be presented to the Senate in October, also provides for the creation of 11 mobile force units and 200 new gendarmerie brigades.

“We think that there will be a fairly broad consensus, no one can be against the creation of staff”, we anticipate at the Ministry of the Interior.

The Lopmi project has however been shortened by half - it only has 15 articles - compared to its initial version sent to Parliament before the presidential election.

He does not understand the controversial reform of the judicial police which is currently meeting the hostility of many investigators and magistrates.

This reform plans to place all the police services of a department - including the judicial police - under the authority of a single Departmental Director of the National Police (DDPN), dependent on the prefect.

In July, Interior Minister Gérald Darmanin also explained that he wanted to include provisions on the expulsion of foreign offenders in the Lopmi. Before announcing an immigration law, separate from Lopmi.

“The other parts of the law are intended to be debated later (..) They will be presented either in the form of bills or in the form of legislative proposals”, assured Elisabeth Borne while inaugurating a new police station in Paris.

"It is a question of fighting for the judicial police to be stronger", by increasing it from "5,000 to 20,000 agents" in order to obtain "more effective elucidation rates", added, at his side, Gérald Darmanin.