The final text "takes into account your discussions in committee", assured Elisabeth Borne to the remaining deputies in the hemicycle shortly after 11:30 p. 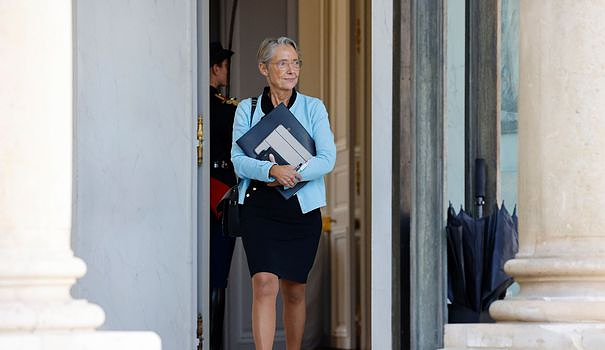 The final text "takes into account your discussions in committee", assured Elisabeth Borne to the remaining deputies in the hemicycle shortly after 11:30 p.m., affirming that "more than 150 amendments have been retained, from the majority as well as from the opposition".

"The government authorized us to examine 9 articles out of 53, it sorted through the amendments at its convenience", criticized the communist Pierre Dharréville. "To this authoritarian path, the government will have added cynicism and disorder," said Eric Coquerel (LFI).

The head of government notably cited measures for "better financing of home services", "increasing controls on nursing homes", "strengthening the permanence of care", "better care for children in situation polyhandicap", or "100% coverage of hair prostheses for women with cancer".

Invoking the "1,160 remaining amendments", and "the deadlines set by the Constitution", she invoked Article 49 paragraph 3 of the Constitution on the entire text, which will allow its adoption without a vote at first reading at 11:41 p.m. Thursday evening , according to the President of the Assembly, unless a motion of censure was tabled by then.

The left is divided on the issue. The environmental deputies will not file any, confirmed to AFP on Wednesday the leader Cyrielle Chatelain, the other groups of the Nupes having not yet officially made their decision known, just like the RN.

The debates had reached a peak of tension around 11:00 p.m., the deputies of Nupes denouncing a "masquerade".

After having asked several times, and without success, for extensions and additional sessions to examine the thousand amendments - a request also made by Les Républicains - the left-wing deputies finally left the hemicycle.

"We do not want to participate in this masquerade", launched Pierre Dharréville, Cyrielle Chatelain asking for "respect for national representation".

"To the brutality of 49.3, they added humiliation," lamented socialist Jérôme Guedj. "All the articles were voted on, we all took part in the votes. We did the job sincerely with honesty. In response, we have dishonesty", abounded the rebellious Ségolène Amiot.

RN deputies were also absent from the hemicycle during the Prime Minister's statement.

This is the third commitment of responsibility of the government on the budgetary texts, after those on the revenue parts of the state budget and that of the Social Security last week, adopted at first reading.

Before the interruption, an amendment resulting from cross-party work was adopted to raise by decree each year the national "floor rate" per hour of intervention of home help services (to 23 euros in 2023).

The deputies also approved a reform of the supplement of free choice of the mode of care, aiming to harmonize the rest to be borne between care in a crèche and with a childminder, despite the alerts of the opposition on the number of losers with the reform. It also provides for its extension to children aged 6 to 12 for single-parent families.

Against the advice of the government, a Renaissance amendment was adopted to experiment with a donation of inter-company leave days for employees helping a loved one with a disability or loss of autonomy - and no longer only within a same company.

The government voted for the creation of a rehabilitation and re-education course for children with multiple disabilities or with cerebral palsy.

After a heated debate on the Ségur de la Santé, the opposition voted to submit a report on the "forgotten" caregivers of the device.

Article 49.3 will allow the government to choose the version of the text on which it engages its responsibility, in addition to meeting deadlines. The bill must indeed go to committee in the Senate next Wednesday.

The Secu budget project anticipates a sharp drop in the deficit to 7.2 billion in 2023 (17.8 billion this year), based on a spectacular drop in the Covid bill.

It plans to improve prevention, with appointments at the key ages of life, and to reform the training of general practitioners by adding a fourth year with "priority" internships in medical deserts.

It also intends to increase the fight against the "abuse" of work stoppages prescribed during teleconsultations.