Post a Comment Print Share on Facebook
Famagusta
DOLLAR 18,83
EURO 20,18
GOLD 1.134,14
BIST 4.505,34
The state of NRW has to burn millions of masks and van Laack smocks
"That's the only thing I want - drugs"
How Goethe plunged his son into misfortune
"America will soon be in civil war"
Here you can now get funding for the renovation
"It's not just about having sex, it's about much more"
The "Komet" brought Udo Lindenberg his first number 1 hit
Fall and demolition after an abstruse jump to 161.5 meters
"I felt like my heart was being ripped out"
What you should now know about organ donation

With searches in North Rhine-Westphalia, Lower Saxony and the Netherlands, the police have been taking action against the trade in illegal fireworks since early Tuesday morning. 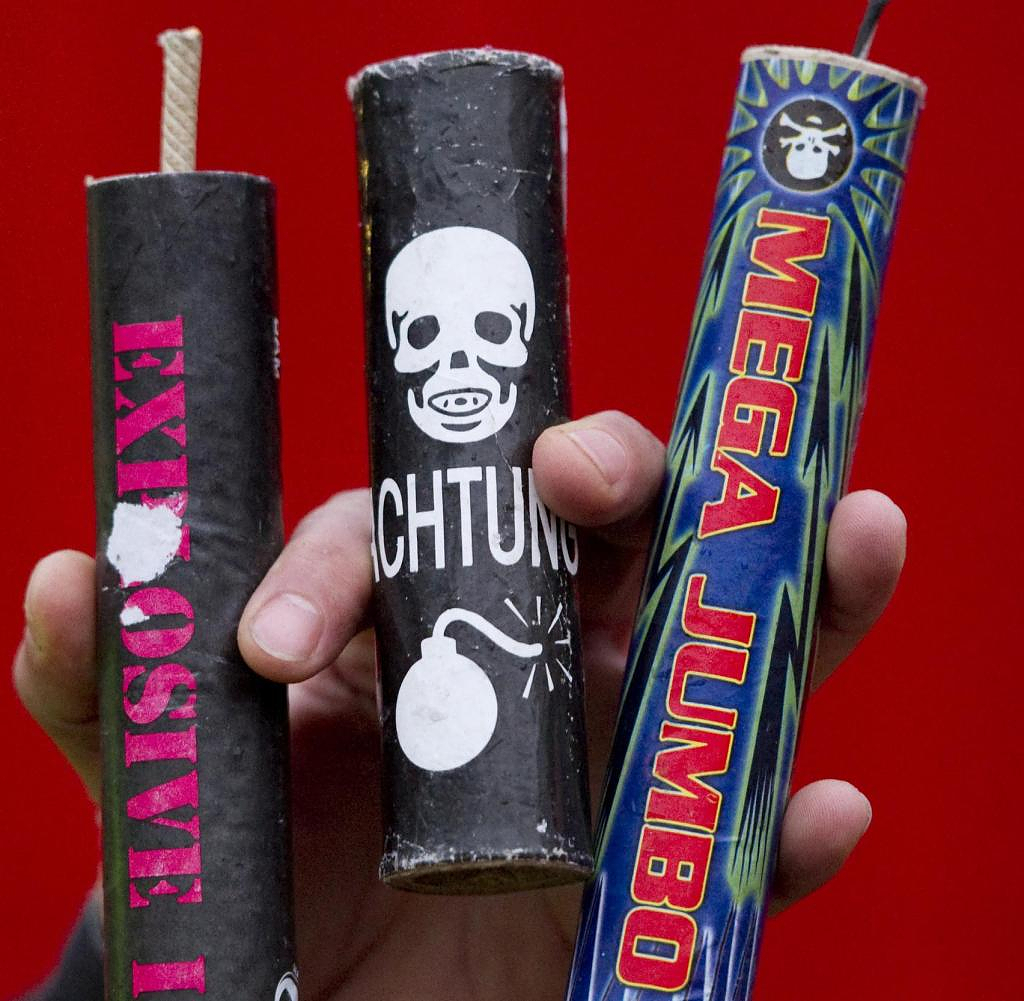 With searches in North Rhine-Westphalia, Lower Saxony and the Netherlands, the police have been taking action against the trade in illegal fireworks since early Tuesday morning. There have been two arrests in the Netherlands, said a spokesman for the responsible police department in Osnabrück. There is a large contingent of police officers from the federal states and the Netherlands on duty. Several objects in the border region would be searched. The police initially did not provide any information about the confiscated fireworks.

The aim of the cross-border operation is to break up criminal networks in the fight against the trade in illegal and highly dangerous fireworks. The investigations are being carried out on the German side by the Osnabrück Central Criminal Inspectorate – the European Union's law enforcement agency, Europol, is also involved.

The searches are the investigators' second strike against the scene in the border triangle within a few months. Investigators had already arrested eleven suspects in the Netherlands in October. At that time, around 350 tons of illegal pyrotechnics worth around 25 million euros were confiscated during searches in the border region between Lower Saxony, North Rhine-Westphalia and the Netherlands. According to the police, the current raid is not related to the suspects in the earlier proceedings.

According to the police, after two years of investigations, the earlier raid uncovered a Dutch criminal network that is said to have traded in illegal, highly dangerous fireworks. The illegal pyrotechnics confiscated at the time are said to have been transported from China to the Netherlands via several countries, including Germany. According to the investigators, there are also indications that the highly explosive material is also used for other crimes, such as blowing up ATMs.

The investigations got rolling at the time through so-called encrochat data. Encrochat was an encrypted communication system that criminals used to plan and organize crimes. After French authorities cracked the system in spring 2020, thousands of investigations were initiated.

In the Netherlands, the police had already confiscated tons of illegal firecrackers in the past few weeks. At the beginning of December alone, it was a total of 4.2 tons. In an apartment in Almere, for example, investigators discovered 427 kilograms of illegal fireworks. Because the rules for setting off fireworks on New Year's Eve in the Netherlands were tightened some time ago, the import of illegal heavy firecrackers has increased, especially from Germany and Belgium. After a ban on firecrackers on New Year's Eve during the corona pandemic in the two previous years, there are now increasing fears of injuries and property damage from the firecrackers.

The Association of the Pyrotechnics Industry (VPI) used the previous cross-border searches by the investigating authorities as an opportunity to draw attention to the danger of illegal pyrotechnics. "Illegal fireworks are not fun, but a life-threatening threat to life and limb," said CPI Chairman Thomas Schreiber in a statement. Since manufacturers and retailers of fireworks have recently noticed a trend towards firing illegal pyrotechnics, the association wanted to set up its own group of experts, it was said in mid-November.

‹ ›
Keywords:
TexttospeechNRWPolizeiKrimiNordrheinWestfalenNiederlandeDurchsuchungNiedersachsenPyrotechnikOsnabrückFeuerwerkskörperSilvesterbräucheThomas SchreiberFeuerwerkskörpern
Your comment has been forwarded to the administrator for approval.×
Warning! Will constitute a criminal offense, illegal, threatening, offensive, insulting and swearing, derogatory, defamatory, vulgar, pornographic, indecent, personality rights, damaging or similar nature in the nature of all kinds of financial content, legal, criminal and administrative responsibility for the content of the sender member / members are belong.
Related News