Because of the high energy prices, the Swabian city of Bergen quickly converted its school to a temporary wood heating system. 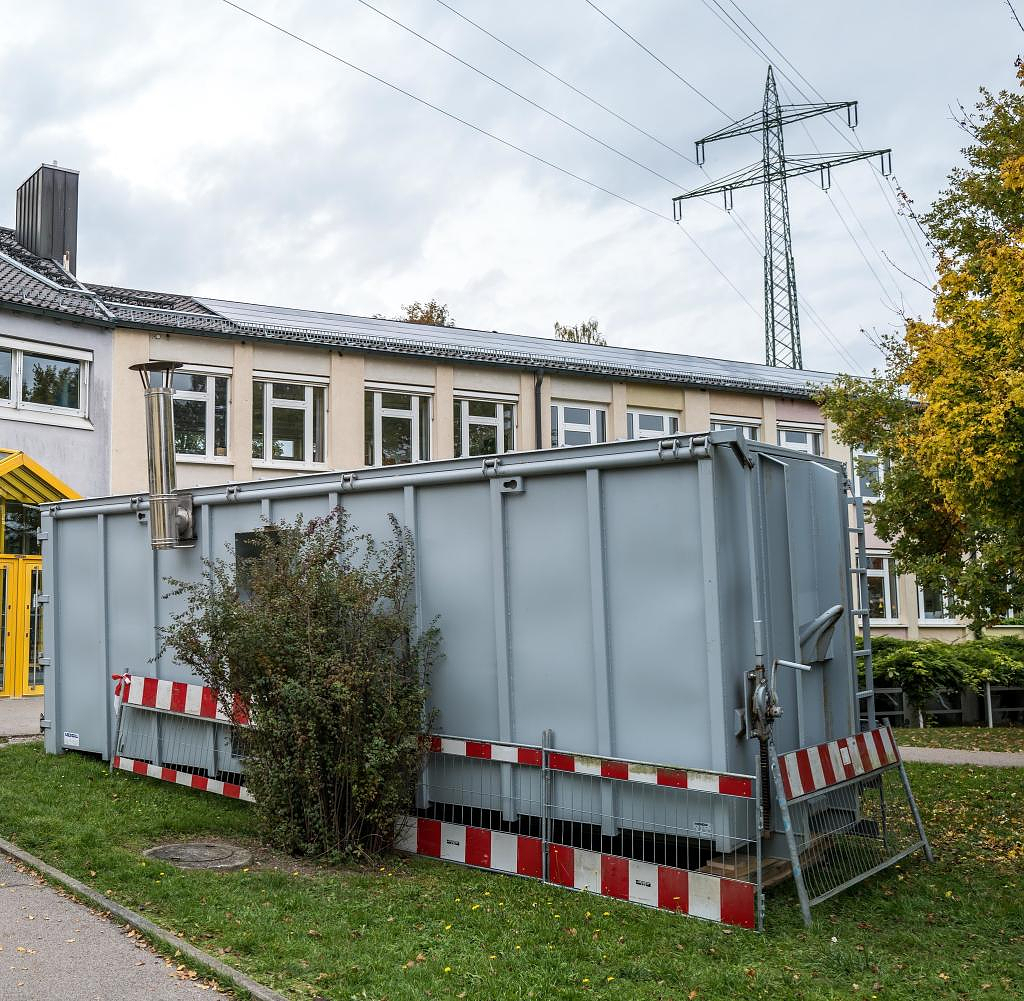 Because of the high energy prices, the Swabian city of Bergen quickly converted its school to a temporary wood heating system. A container with a built-in wood chip heating system has been standing in front of the school for a short time. The city produces the fuel itself from wood residues.

The neighboring municipality of Augsburg now wants to test the new heating system over the next few months. First of all, the mobile container heating was rented for this purpose, explained city master builder Rainer Biedermann. "We'll see how that develops over the winter." In the spring, we'll see if the city will switch permanently from gas to wood chips as a fuel at school. "I'm in good spirits that this will establish itself and pay off."

The Park School in Stadtbergen is a primary and secondary school. The previous gas heating should initially remain in operation as a reserve in case there is "a Siberian winter", explained Biedermann. Then it can be heated with gas.

The fuel comes from urban forests and green spaces. Any wood that accumulates there is crushed into wood chips. The building yard is already routine in delivering the wood chips regularly as fuel. Because in Stadtbergen there are already other large buildings with such heating systems, said Biedermann.

The city master builder does not yet want to say exactly how much can be saved at the school. That can only be quantified after the winter, because the gas price development is not predictable. "We're hoping for big savings, that's clear," he said. "But one of the main points of focus is to get away from fossil fuels."

Biedermann pointed out that wood heating systems are considered CO2-neutral. The background is that new trees bind carbon dioxide again. Due to the current boom in these heaters, critics also point out that wood as a fuel is less sustainable than previously thought.

‹ ›
Keywords:
NewsteamHeizungTexttospeechStadtbergenKarriereCO2neutralHackschnitzelheizungStadtbaumeisterBrennmaterialHolzresten
Your comment has been forwarded to the administrator for approval.×
Warning! Will constitute a criminal offense, illegal, threatening, offensive, insulting and swearing, derogatory, defamatory, vulgar, pornographic, indecent, personality rights, damaging or similar nature in the nature of all kinds of financial content, legal, criminal and administrative responsibility for the content of the sender member / members are belong.
Related News