Chancellor Olaf Scholz has warned against China's isolation and the formation of a new bloc in the world. 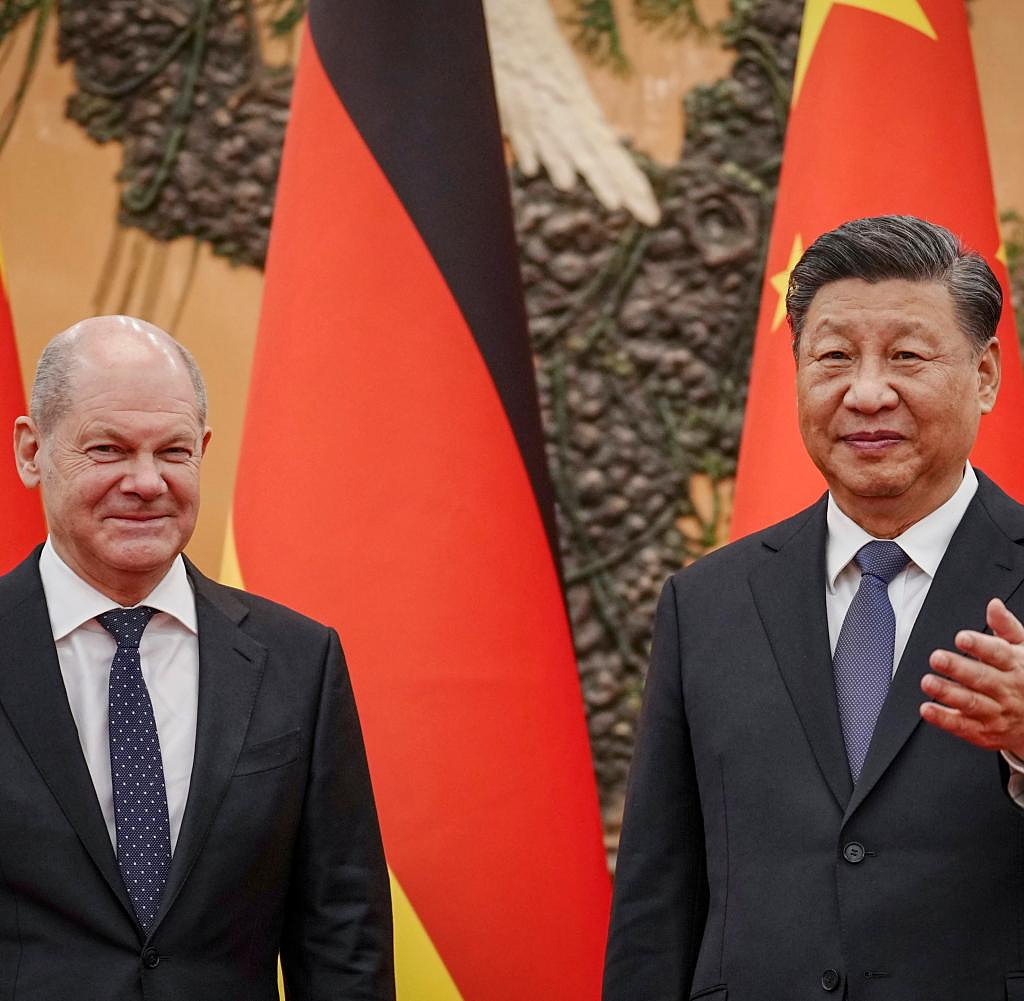 Chancellor Olaf Scholz has warned against China's isolation and the formation of a new bloc in the world. At the same time, the Social Democrat called on the People's Republic in an article for the political magazine "Foreign Affairs" under the headline "Global turning point" to adhere to UN rules and allow equal competition for European companies.

In the article, which was published in German and English, the Chancellor contradicted the assessment that the world was moving into a new era of bipolarity between the USA and China. "I do not share this view," he wrote. During the phase of globalization after the Cold War, China also became a "global player", as it had been for long periods of time earlier in world history.

"China's rise does not justify Beijing's isolation or restrictions on cooperation," Scholz wrote. "But at the same time, China's growing power does not justify claims to hegemony in Asia and beyond," he added.

During a visit to Beijing, he therefore also expressed his concerns about the growing insecurity in the South China Sea and in the Taiwan Strait and pointed out China's position on human rights and individual freedom rights. "Respect for fundamental rights and freedoms can never be an 'internal matter' of a single state, for all Member States of the United Nations are committed to upholding these rights and freedoms."

At the same time, the Chancellor called for a level playing field for European and Chinese companies. "China is doing too little in this regard and has clearly embarked on a path towards isolation and away from openness," criticized Scholz.

He pointed to other regions of the world now developing. These regions have every right to seize the opportunities presented by globalization and also to demand a greater say in global issues. Germany and the EU invested in new partnerships with countries in Africa, Asia, the Caribbean and Latin America. The background is also the attempt to make the German and European economy more independent of China.

A majority of Germans believe Olaf Scholz's trip to China to be correct. At the same time, 82 percent complain that they are too dependent on China economically. Janina Mütze from the opinion research institute Civey gives an impression of the mood on current foreign policy.

‹ ›
Keywords:
ChinaScholzTexttospeechPolitikOlaf ScholzNewsteamUSAKaribikAsienOlafChinaPolitikXi JinpingPekingVereinte NationSüdchinesischen MeerForeign AffairPolitikMagazin
Your comment has been forwarded to the administrator for approval.×
Warning! Will constitute a criminal offense, illegal, threatening, offensive, insulting and swearing, derogatory, defamatory, vulgar, pornographic, indecent, personality rights, damaging or similar nature in the nature of all kinds of financial content, legal, criminal and administrative responsibility for the content of the sender member / members are belong.
Related News