Scholz supports the EU accession of Ukraine and Moldova

Federal Chancellor Olaf Scholz (SPD) has again pledged support for Ukraine and Moldova as well as other candidate countries on their way to the EU. 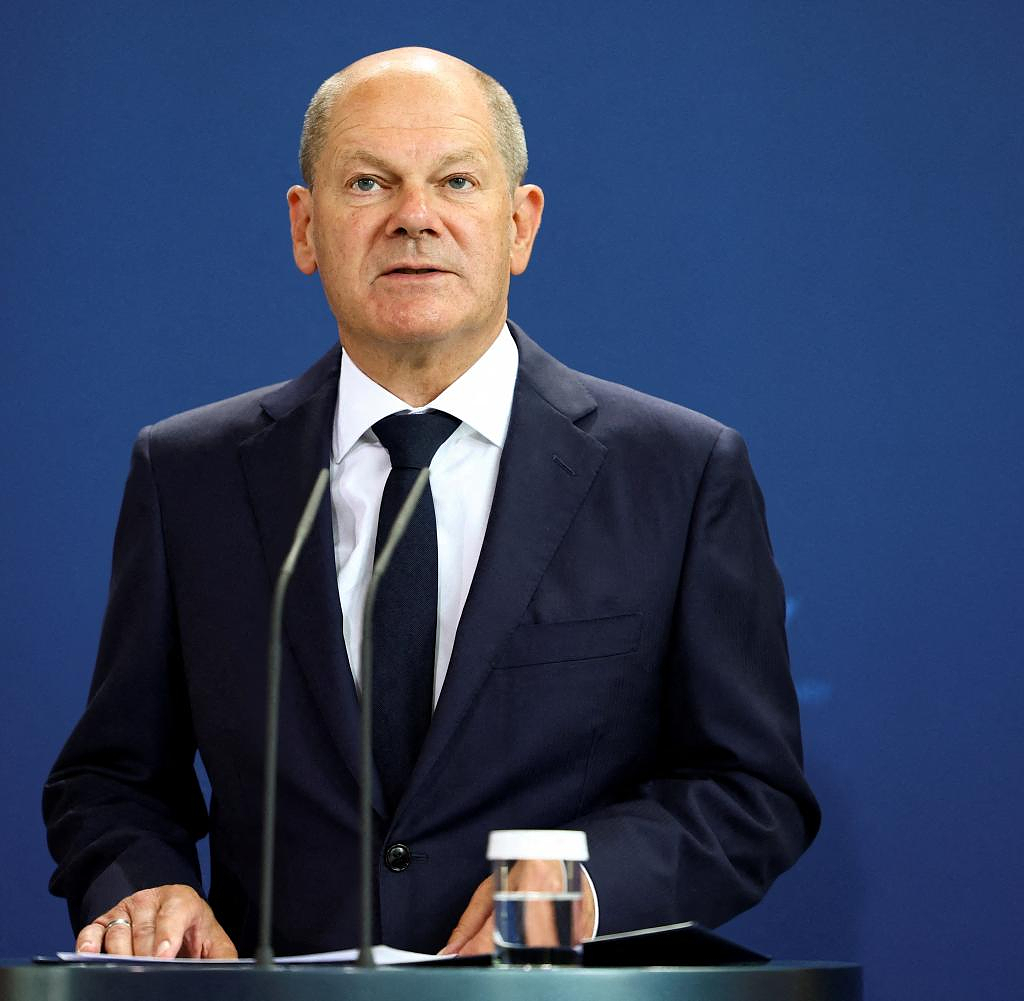 Federal Chancellor Olaf Scholz (SPD) has again pledged support for Ukraine and Moldova as well as other candidate countries on their way to the EU. The two states, like Georgia and the countries of the Western Balkans, "belong to us, to free Europe," said Scholz in his speech at the Congress of the Party of European Socialists (PES) in Berlin on Saturday.

Scholz recalled the accession prospects that had been promised to some of these states many years ago. "These words must now finally be followed by deeds," stressed the Federal Chancellor.

Scholz also once again acknowledged his support for Ukraine against the Russian war of aggression. The "brutal invasion" of Russia was "an attack on the European security order". The European community of states will not accept this. The Chancellor referred to the military support, but also to the sanctions imposed on Russia.

However, Europe must also strengthen its own capabilities and "take more responsibility for our own security," said Scholz. He cited the recent initiative for a common European air defense as an example. The planned rapid reaction force and a joint EU headquarters are also necessary. "Together and with self-confidence, we must advance European defense efforts," demanded the Chancellor.

However, Scholz again pushed for reforms in the EU itself in order to "make it fit" for the future. In order to avoid blockages, "in foreign and also in financial policy, there must be a gradual transition to majority decisions". He is well aware "that we still have a lot of convincing to do," admitted the Chancellor. Ultimately, however, majority decisions mean gain and “no loss of sovereignty”.

In addition, the EU must manage to overcome old internal conflicts. Specifically, he mentioned migration policy, but also different opinions on the subject of finance. Immigration must be about "preventing illegal migration and at the same time enabling legal migration of skilled workers from abroad". When it came to finances, he praised the European development program to overcome the consequences of the Corona crisis as a positive example.

It is just as important to keep European societies together in the current crisis. "We have to strengthen social cohesion," demanded Scholz. This must also include a "European pact for affordable energy". As a further task, the chancellor named moving towards more gender equality in Europe. There have not only been setbacks here due to the consequences of the corona pandemic, but gender-based violence can also be observed again in the Ukraine war.

However, Scholz not only showed support for the admission of two other countries to the EU. "An EU with 27, 30, 36 states with then more than 500 million free and equal citizens can bring their weight to bear even more in the world," said the SPD politician. The EU currently has 27 member states with a total of almost 450 million inhabitants.

Scholz said that in a world with almost ten billion people, the EU would have the largest single market, leading research institutions, innovative companies and stable democracies and could better represent its values. “I support the enlargement of the EU. The fact that the EU continues to grow towards the East is a win for all of us,” he emphasized. However, accession candidates such as Ukraine, Moldova, the Western Balkan states and, in the future, Georgia would also have to meet the criteria for accession.

‹ ›
Keywords:
NewsteamScholzOlafUkraineMoldauEuropäische Union (EU)EU (Europäische Union)BalkanPolitikOlaf ScholzGeorgienSPDEuropaRussland
Your comment has been forwarded to the administrator for approval.×
Warning! Will constitute a criminal offense, illegal, threatening, offensive, insulting and swearing, derogatory, defamatory, vulgar, pornographic, indecent, personality rights, damaging or similar nature in the nature of all kinds of financial content, legal, criminal and administrative responsibility for the content of the sender member / members are belong.
Related News