His plane landed in the Chinese capital around 9:40 a. 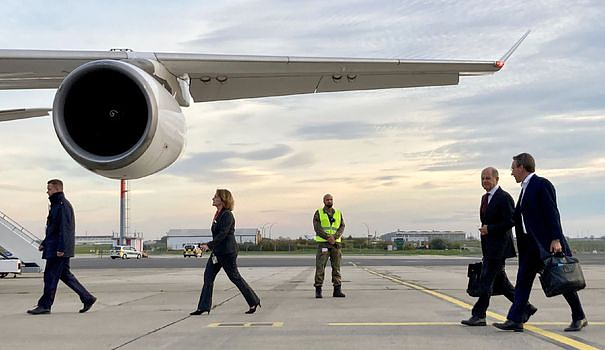 His plane landed in the Chinese capital around 9:40 a.m. (01:40 GMT), according to an AFP journalist on board, for this visit which is the first by an EU and G7 leader since the start of the pandemic.

The strict zero Covid policy has led the world's second largest economy to close its borders for almost three years.

The one-day visit, which comes just after Xi Jinping's reappointment as head of the Chinese Communist Party and the country as a whole, is viewed critically not only in Germany, but also in France, Brussels and Washington. .

Reconnecting with the visits to China of his predecessor, the Christian Democrat Angela Merkel (12 trips in 16 years in power), the Social Democrat Scholz took with him a whole delegation of industrialists, such as the bosses of Volkswagen and BASF.

However, the dependence of the first economy of the EU on this autocracy, where German companies realize a significant part of their profits, is increasingly questioned.

"With his trip to China, the Chancellor is pursuing a foreign policy which is leading to a loss of confidence in Germany among our closest partners", castigated an opposition deputy, Norbert Röttgen, deploring "a solitary approach" .

And even within the government coalition, warnings are in order: the Minister of Foreign Affairs, the ecologist Annalena Baerbock, urged "no longer to depend on a country which does not share our values", at the risk of make them "politically vulnerable to blackmail".

However, a few days before the trip, the German Chancellor authorized a Chinese stake in the Hamburg port terminal (north). Washington has also put pressure on Berlin to limit the share ceded to the Cosco group.

Trying to calm things down, Mr. Scholz promised "not to overlook controversies" during this visit where he is to meet Xi Jinping and Prime Minister Li Keqiang.

In a column published just before his departure, the Chancellor said he was aware that "China today is no longer the same as it was five or ten years ago", citing in particular the recent congress of the Chinese Communist Party which cemented the power of President Xi Jinping.

"If China changes, our relations with China must change too," admitted the German chancellor, outlining a cautious change of course.

In the economic field, he does not envisage decoupling vis-à-vis China but a reduction in "unilateral dependencies" with "a sense of proportion and pragmatism".

He listed the "difficult topics" he intended to address during his interviews.

Among them, "respect for civil and political freedoms as well as the rights of ethnic minorities", such as the Muslim Uyghurs of Xinjiang.

But in Beijing, Foreign Ministry spokesman Zhao Lijian warned: "The Chinese side opposes any interference in our internal affairs and any vilification under the guise of discussing human rights."

The Chancellor also promised to discuss "the tense situation around Taiwan" and the war in Ukraine while China claims its "neutrality" - seen by Westerners as tacit support for the Kremlin.

"It makes sense for Scholz and Xi to get to know each other better in person. A direct line to Beijing could also be useful given the risk of escalating Russia's war of aggression in Ukraine," notes Mikko Huotari, director from the Mercator Institute for Chinese Studies (Merics) in Berlin.

But he believes that the German leader must clarify his message to explain "to his own government, to Europe and to China the direction of Germany's China policy".