Saudi Arabia is pushing ahead with its ambitions to bid to host a soccer World Cup. 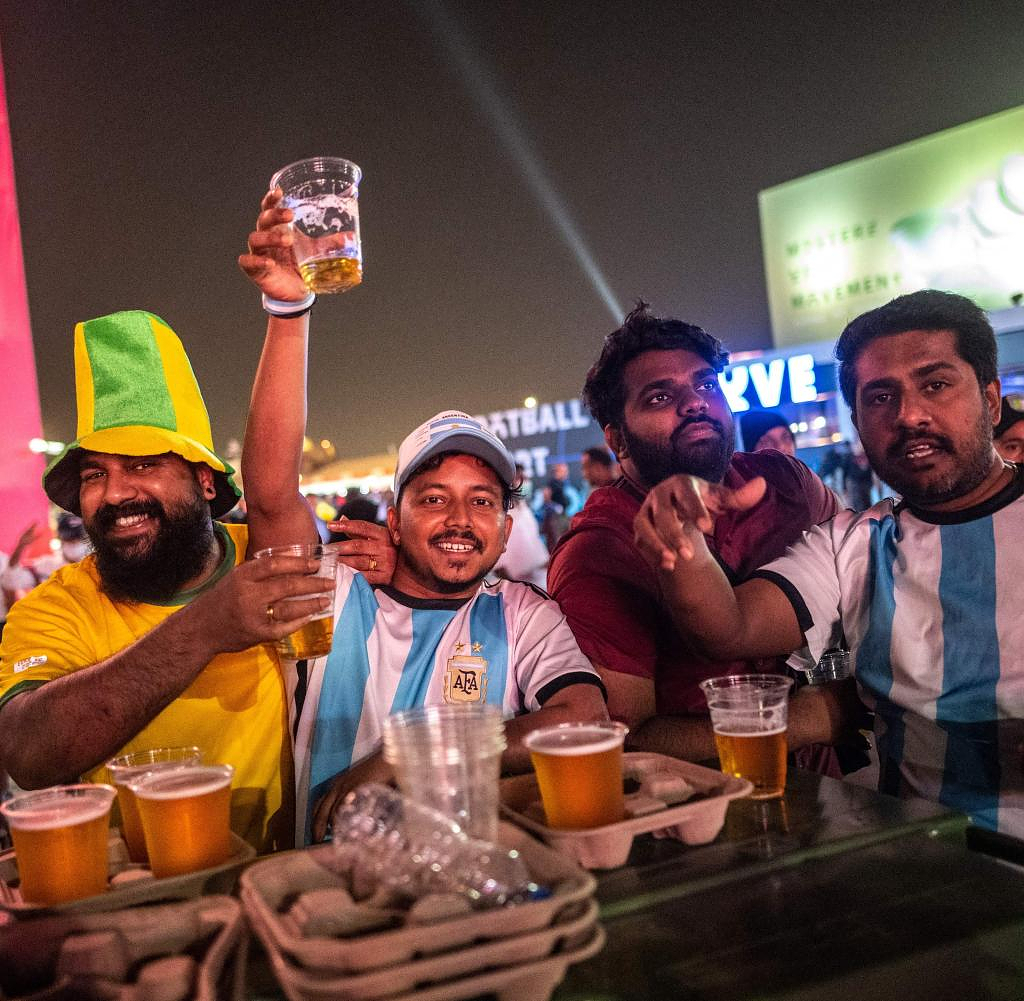 Saudi Arabia is pushing ahead with its ambitions to bid to host a soccer World Cup. "Who wouldn't want to host a World Cup?" asked Saudi Sports Minister Abdulasis bin Turki al-Faisal in an interview with British broadcaster BBC. "Every country would love to host the World Cup."

However, it is not to be expected that in this case alcohol will be sold in the Islamic conservative kingdom. In an interview with Sky News published on Friday, Abdulasis said yes when asked whether it would be "Islamophobic" to force the sale of alcohol on an Islamic country. "The World Cup is for everyone and we live in different regions of the world." Unlike in the Emirate of Qatar, alcohol is completely banned in neighboring Saudi Arabia.

According to the media, the kingdom is thinking hard about applying for the 2030 World Cup like Egypt and Greece. In recent years, Saudi Arabia has increasingly positioned itself as the organizer of international sporting events, including Formula 1 races and boxing world championships. In 2029, the desert-shaped country is also set to host the Asian Winter Games. Saudi Arabia is thus also in competition with neighboring Qatar, with whom relations are strained.

Gay football fans are welcome in Saudi Arabia, Abdulasis told Sky News. "We don't go around and ask: Are you gay or straight?" However, there are rules in Saudi Arabia that everyone has to follow. That also applies to alcohol. "If you can't follow this rule, then don't come." Saudi Arabia has a particularly conservative reading of Islam. Same-sex love is strictly forbidden.

The country is generally criticized internationally for human rights violations, especially for the brutal killing of the government-critical journalist Jamal Khashoggi. He was brutally killed by a murder squad from Riyadh in 2018. Everyone in Saudi Arabia was "appalled" by the killing and condemned it, Abdulasis said. Saudi Arabia is not perfect when it comes to human rights, but has changed.

US intelligence has accused Saudi Arabia's strongman, Crown Prince Mohammed bin Salman, of being responsible for Khashoggi's murder. The heir to the throne has pushed ahead with numerous reforms in recent years that have opened up the country and society. Government critics continue to be massively persecuted.

"Fifa does it very cleverly," says sports lawyer Christoph Schickhardt. FIFA banned the "One Love" captain's armband at the World Cup in Qatar. The DFB is now examining further legal steps – rightly so?

‹ ›
Keywords:
Fußball WM 2022FußballWMSaudiArabien FußballnationalmannschaftTexttospeechKatarBBCFifaSky NewsÄgyptenMordMenschenrechtsverletzungKarriere
Your comment has been forwarded to the administrator for approval.×
Warning! Will constitute a criminal offense, illegal, threatening, offensive, insulting and swearing, derogatory, defamatory, vulgar, pornographic, indecent, personality rights, damaging or similar nature in the nature of all kinds of financial content, legal, criminal and administrative responsibility for the content of the sender member / members are belong.
Related News