Saskia Esken calls for wealth tax to build up Ukraine

With a view to the costs of rebuilding Ukraine, SPD leader Saskia Esken has again called for a wealth tax. 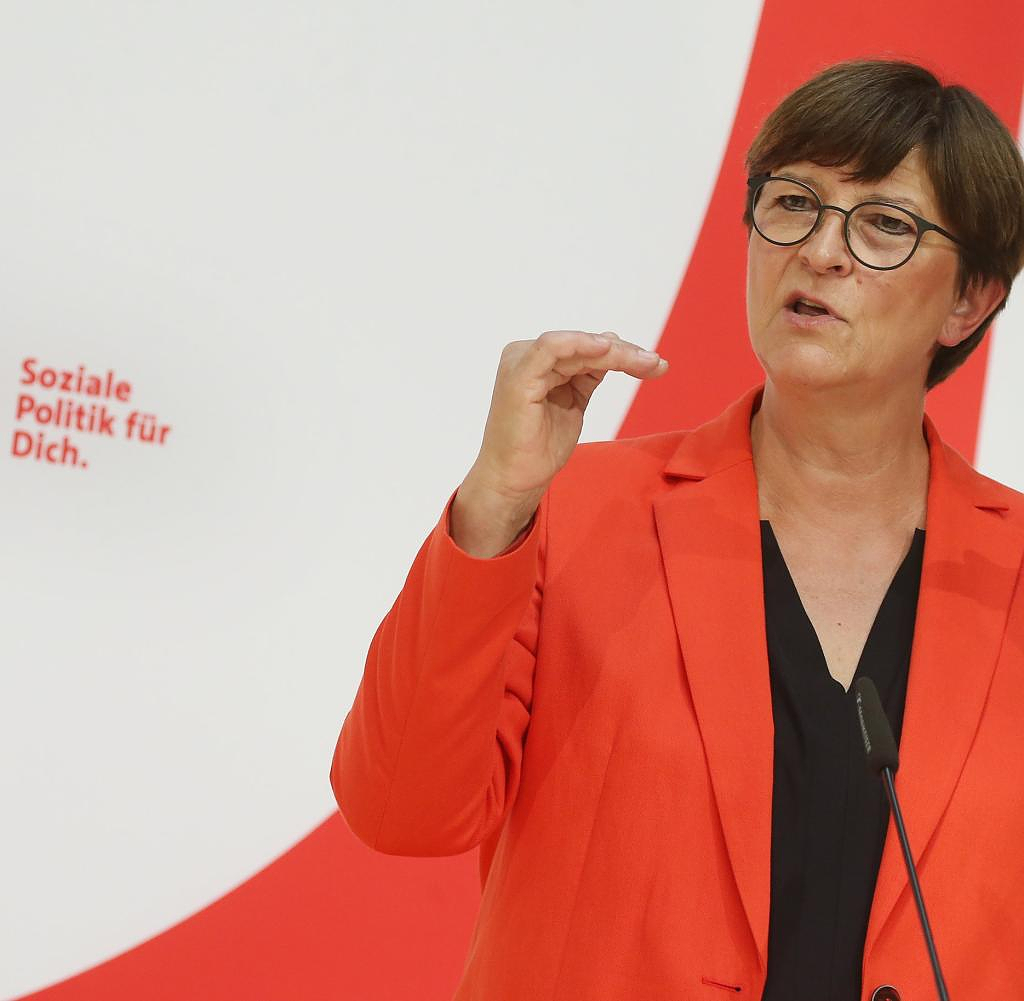 With a view to the costs of rebuilding Ukraine, SPD leader Saskia Esken has again called for a wealth tax. "In order to finance an effective, solidarity-based state that holds society in our country together, supports reconstruction in Ukraine and at the same time does not turn a blind eye to the global hunger crisis, we must finally implement a solidarity-based asset levy on the part of the super-rich," Esken told the editorial network Germany .

The parliamentary group leader of the left, Dietmar Bartsch, also commented accordingly. “We need Europe-wide participation by the super-rich. It shouldn't be the case that the normal taxpayer, who is already suffering from inflation and energy prices, has to pay the war bill alone.” Bartsch demanded that Russia should be involved in the reconstruction by using confiscated assets from Russian oligarchs.

According to the government in Kyiv, Germany is to pay Ukraine a monthly contribution of half a billion dollars to support its state budget during the war. "The state has to function, the pensions have to be paid out," said President Volodymyr Zelenskyj's economic adviser, Alexander Rodnyansky, in the newspapers of the Funke media group.

Ukraine needs four to five billion dollars for its budget every month, Rodnyansky explained. "We believe that Germany could take on around 500 million dollars (around 506 million euros) a month, especially with a view to 2023." The Ukrainian government is hoping for around two billion dollars a month from the EU as a whole.

According to forecasts, Ukraine's gross domestic product will collapse by around 35 percent this year as a result of the Russian war of aggression, said the presidential adviser. After the Russian attacks on the Ukrainian infrastructure, he is hoping for emergency aid from the West in the form of diesel generators, emergency generators or mobile power plants.

An international conference on the reconstruction of Ukraine is taking place in Berlin this Tuesday. At the invitation of Federal Chancellor Olaf Scholz (SPD) and EU Commission President Ursula von der Leyen, representatives of governments, international organizations and civil society will take part in the meeting. In addition to Scholz and von der Leyen, Selenskyj will also speak, who will be connected via video.