Sanibel Island is different from the rest of Florida

It certainly never hurts to meet a relaxed shark. 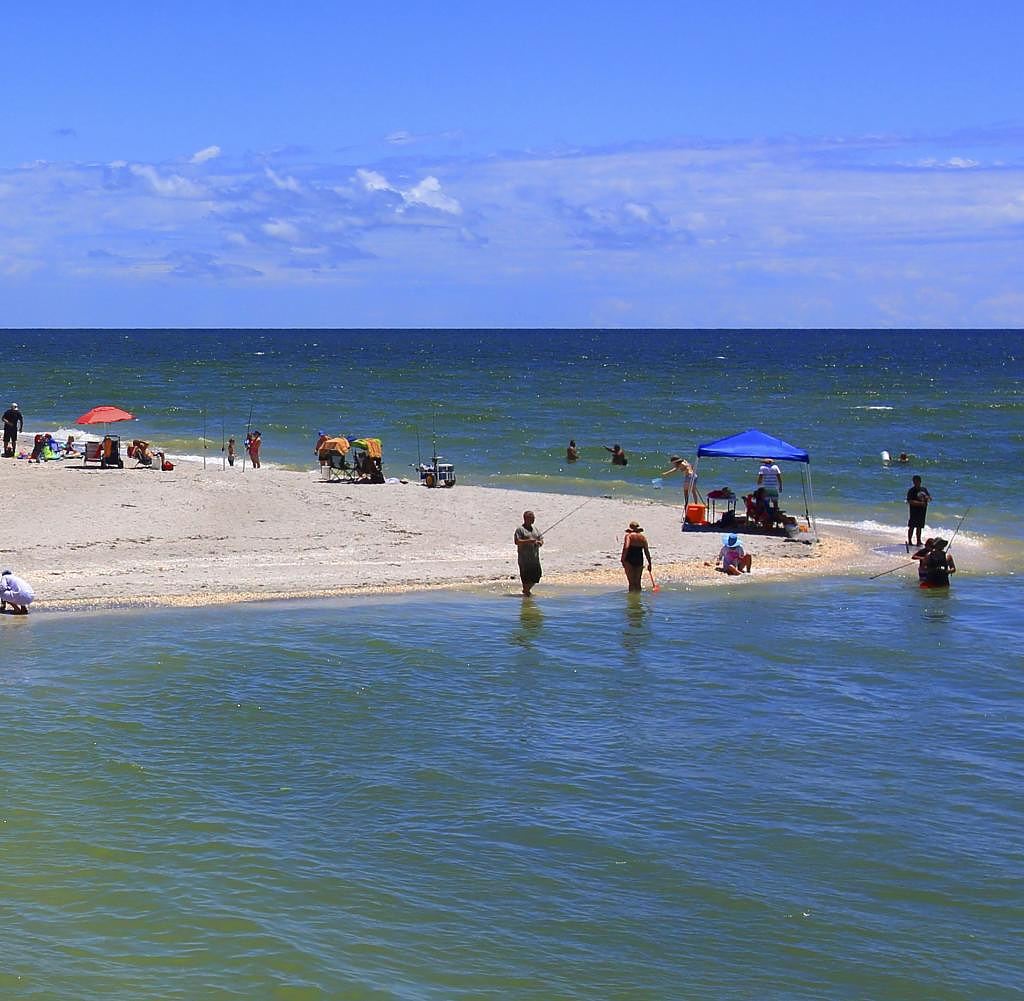 It certainly never hurts to meet a relaxed shark. Especially if the animal had every reason to lose its nerve and snap at a leg or two. Or a forearm.

But Hunter Ray Jackson goes home with all his limbs that evening. Despite this, the 14-year-old will hardly ever forget the day on the beach on Sanibel Island – or how often does an adult blacktip shark accidentally hang on the fishing route?

Fighting yard after yard, all the way down the pier to the beach, Hunter didn't let go of the tackle with the predatory fish on the hook. Now the shark lies on the sand, alive, while the surging waves of the Gulf of Mexico lap its two-meter-long gray body.

More than 30 people who rushed over were already staring at him. "It doesn't matter that I don't bring any fish for dinner," says the teenager as he beams into the cell phone cameras. Shortly thereafter, Hunter and his buddy carefully grab the animal's fins to maneuver it back into the water - "out of respect", as Hunter says. It takes a few tries before the shark disappears back into the sea.

In China, the shark fins would probably have ended up in a soup pot long ago. On Sanibel Island, however, the animals are under protection - as in the whole of Lee County, which also includes the neighboring island of Captiva, which was once separated from Sanibel by a hurricane, several other islands and the cities of Fort Myers and Cape Coral.

The strict specifications of the "Sanibel Comprehensive Use Plan" regulate not only fishing but also the construction of buildings. There are neither restaurant nor hotel chains on the island, which is 20 kilometers long and five kilometers wide. No new house may tower over the tallest palm tree in the area.

The only Starbucks on Captiva existed when the law went into effect in 1974. Advertising posters are nowhere to be found, street lamps are also nowhere installed - after all, sea turtles are supposed to find their way to the sea at night, and only by the light of the moon. The beach belongs to flora and fauna. Beach hotels have to clear away their loungers every evening.

While many vacationers think of Florida as fun-filled, party-loving cities like Miami and Orlando, time seems to stand still on Sanibel Island. The burglary rate is lower than almost anywhere else in America. Bicycles replace big cars. After all, no air conditioner in the world can keep up with the breeze of the Gulf of Mexico.

In just about every way, island life couldn't be more alien to everyday American life. Only when eating, it seems, is splurge still allowed, as in the rest of the United States. In the "Bubble Room" on Captiva, for example, the guests are served such large pieces of cake that you should plan a time buffer for consumption.

But physical well-being is also linked to nature conservation. The smell of fresh bratwurst wafts through the palm-filled parking lot of the Sanibel Public Library. Every Sunday, around 50 local vendors offer fresh and healthy things: herbal mixtures for the BBQ, purple carrots and cabbage-sized beefsteak tomatoes, kombucha and bread, naturally gluten-free.

Jean Bear and Betsy Ventura stand behind a stand selling informational brochures. Both women, in their early 50s, are the organizers of this market and eight other farmers' markets in the region. "Each week we support a different non-profit dedicated to people or nature with our booth fees," says Bear. Her favorite anecdote: “Once a man wrote a check on the spur of the moment. The total: $200,000!”

There is always reason to worry about nature underwater, as a visit to Sanibel's Shell Museum shows. "In order to get such shells, manufacturers blast away entire coral reefs and kill the mollusk," zoologist Leigh Gay explains to a visitor, pointing to her earrings with small shells on long brass threads. The visitor stands there, embarrassed, her cheeks turning deep red. "But you couldn't have known that," she reassured the 29-year-old museum employee.

According to the US agency for oceanography NOAA (National Oceanic and Atmospheric Administration), more than 80 percent of the reefs off Florida have already been destroyed - a fatal finding. Because the filigree underwater structures are a habitat for millions of species and, as a natural barrier, also protect the coasts from storm waves.

The Bailey-Matthews National Shell Museum, the official name of Leigh Gay's employer, is the only house of its kind in the USA and even made it into the bestseller "1000 Places To See Before You Die". Corals, fish and – of course – molluscs, i.e. the molluscs that carry the shells, romp about in the aquarium.

The team provides information on all aspects of the life of local and global mollusks. One learns, for example, that the "house" that the molluscs seem to only carry around with them is an integral part of their body - like the skeleton of humans.

It is not without reason that the museum is located on Sanibel Island: the Gulf washes thousands of shells onto the dream beaches every day, along which shell seekers stoop to wander. The locals have invented their own expressions for this: "Sanibel Stoop" (Sanibal level) and "Captiva Crouch" (Captiva crutch).

Spending whole days at the beach, paddling through the mangrove forests in a kayak, discovering more than 400 islands by boat: if you can't relax here, where will you? The only thing you shouldn't think about is what happened in 2010: that was when the Deepwater Horizon oil rig caught fire and went under. For 87 days, around 800 million liters of oil flowed into the sea. Traces of oil can still be found in the Gulf of Mexico today.

A third of the Sanibel Islands is now a conservation area. Since 1945, the "J.N. Ding Darling National Wildlife Refuge. Named after the cartoonist and environmental activist, the state park is home to alligators, manatees, and more than 200 species of birds. In winter, the rare white pelican stops by - a popular photo opportunity.

Hunter Ray Jackson, the boy from the beach, will also keep his shark photo as a souvenir. Who knows if he'll get that close to the animal again. According to research reports, because the water temperatures and sea levels are rising, sharks are rarely seen, at least on the southeast coast of Florida. They have since retreated to deeper waters farther out in the Atlantic, many nautical miles from Sanibel.

‹ ›
Keywords:
USALänderporträtsFloridaRegionenporträtsStrandurlaubRpblSanibels MuschelmuseumSanibel Public LibraryHaiFort MyerLeigh Gays ArbeitgeberAtlantikFrankfurtReiseSanibel IslandGolf Von MexikoOrlandoMiami
Your comment has been forwarded to the administrator for approval.×
Warning! Will constitute a criminal offense, illegal, threatening, offensive, insulting and swearing, derogatory, defamatory, vulgar, pornographic, indecent, personality rights, damaging or similar nature in the nature of all kinds of financial content, legal, criminal and administrative responsibility for the content of the sender member / members are belong.
Related News