Their movements are restricted. 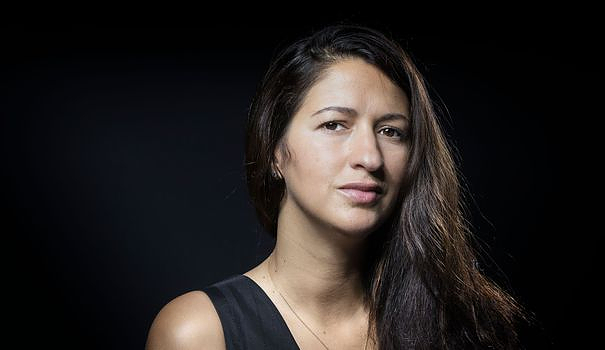 Their movements are restricted. Their attention always on alert. Their freedom partly eaten away. Targeted by terrorist organizations or singled out by religious dignitaries, they are under the perpetual threat of being attacked, injured, killed. They may live thousands of kilometers apart, but their daily lives are strangely similar, dictated by the instructions of security officers, punctuated by a protocol from which it is forbidden to derogate. Ordinary days where the unexpected never eliminates linearity.

Riss, Zineb El Rhazoui, Mohamed Sifaoui... Like Salman Rushdie, attacked with a knife on Friday August 12 in the United States, during a conference where he was seriously injured, there would be tens or even hundreds to be under threat after being singled out by Sunni or Shia fundamentalists as a target to be shot down.

These public figures are targeted for their membership of a newspaper, an institution, a denomination, for the symbol they embody or the positions defended in the past. Sometimes they have even been attacked before escaping.

An attack is always possible. The director of Charlie Hebdo, Riss, survivor of the attack on the satirical weekly on January 7, 2015, which killed 12 people, now lives under police protection. Targeted by a fatwa, a decree issued in Pakistan in 2015 enacting his death for having published the cartoons of the Prophet Muhammad again, he is constantly surrounded by bodyguards. An essential precaution since the threat to the members of the editorial staff of Charlie Hebdo is still very real.

He explains to the JDD to live according to "the idea that an attack or an aggression is possible" before specifying: "the fanatics believe themselves soldiers of God and their obsessions are eternal because of divine origin. For this kind of individuals , the years do not count. They force us to take their religious madness into account, to understand it in order to better anticipate it. This is why a fatwa is trying: it forces us to enter into their brains stupefied by religion ."

The Franco-Moroccan journalist also walked the halls of Charlie Hebdo. An ardent defender of the French secular model, she leads a courageous fight against Islamism. Since entering the satirical newspaper, Zineb El Rhazoui is one of dozens of people in France protected by the police. In 2015, after the Charlie Hebdo attacks, she was targeted by a fatwa for having contributed to the weekly, which prompted the authorities to strengthen the police system. “My daily life resembles that of a confined person”, she images with TF1. A camera that has an impact on his professional career since the reporter can no longer do the ground.

Born in Algiers, the journalist specializing in Islamist terrorism has produced reports that have made an impression both in France and within the terrorist organizations themselves. The author of the documentaries "I infiltrated a terrorist network" and "In the footsteps of bin Laden" is also the subject of police protection. Threatened with death daily, he confides to TF1: "I cannot be at home, and receive a call from a friend who invites me to meet him in ten minutes in the bistro next door. There is always a device to put in place". Mohamed Sifaoui has spent half his life under police protection.

Asia Bibi chose exile. A refugee in Canada, the Pakistani woman was sentenced to death by the courts of her country for blasphemy against Islam in 2010. The agricultural worker, a Christian by faith, had run off with another woman after having offered to drink alcohol. water from the well in her glass, which had provoked a strong reaction from the woman opposite, judging the water contaminated by Asia Bibi.

Finally acquitted by the Supreme Court of Pakistan in 2018, Asia Bibi has become a figure at the heart of a divide between conservatives and reformers in Pakistan. Her case has become such a public affair that a governor of the province of Punjab and a Catholic minister for religious minorities have been assassinated by Islamists for defending the young woman. The blasphemy law is still in effect. The young woman is the subject of daily threats.

The Dutch author and translator of Somali origin, Ayaan Hirsi Ali, an atheist and known for her critical positions with regard to Islam, is also the subject of repeated death threats. She fled to the United States for a time before returning to the Netherlands. Like Zineb El Rhazoui, she now lives under police protection for her positions on the condition of women in the Muslim world.

She calls on her country to draw inspiration from the French model of separation of Church and State. The filmmaker Theo Van Gogh who had directed the short film on Islam, Submission, is no longer alive. He was assassinated by a fundamentalist in the Netherlands on November 2, 2004. In Egypt, the writer Farag Foda was assassinated in 1992, after being designated an "enemy of Islam" by the Grand Imam of Al -Azhar, one of the most eminent religious authorities in the country.