"I'm really sad for the Ukrainians. 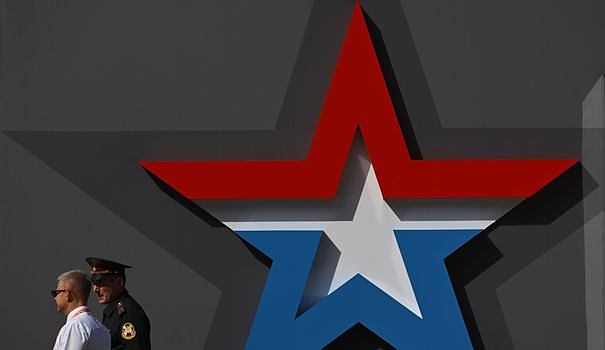 "I'm really sad for the Ukrainians. They're suffering for nothing, they haven't done anything wrong," said Dmitri Romanenko, a 35-year-old Muscovite IT specialist with tattoos on his neck.

President Vladimir Putin's decision to send troops to Ukraine on February 24 has turned the lives of many Russians upside down.

The economic sanctions against Moscow have caused the exodus of the main Western brands such as Nike and McDonald's, the closure of many airlines – synonymous with partial isolation – and high inflation.

In Moscow, a few signs of support for the offensive are visible here and there, such as "Z" stickers stuck on the windows of some cars, in reference to the letter painted on Russian tanks in Ukraine.

But in the center of the Russian capital, whose inhabitants are proportionally more liberal than in the rest of the country, most of those interviewed by AFP expressed criticism or regret.

For Mr. Romanenko, the entry of Russian troops into Ukraine marked the beginning of economic problems. "All my activity, all my business is destroyed. I set up start-ups and my eight projects were rolled," he laments.

"It's clear that everything has changed. Everything costs more," said Valentina Bialik, an 83-year-old retired art historian, wearing a wide-brimmed white hat.

"But the most important thing is that we belong to a generation whose childhood was spent in war. And it is very sad that our old age is also spent in war," she continues.

“Even though we live far from military operations, we feel deep sadness for the people who die, regardless of their nationality,” she says.

"The fact that a big country (Russia) is now isolated, that everyone hates this country... It is very bitter for us," she adds.

"We shouldn't fight among ourselves, it's not good," says Dmitri Nalivaïko, a 34-year-old waiter, a ribbon in the colors of Russia hanging from a strap of his backpack.

"Let the politicians fight each other, not the people who suffer from all this. Absolutely everyone suffers from this," he says.

Despite the outrage of some residents and the impact of economic sanctions, many Russians support Mr. Putin's decision.

Many said so last week at a forum on the army near Moscow, dressed in t-shirts with the "Z" logo.

- "Everything will be alright" -

Strolling in front of a row of tanks, Olga Kosova, a 55-year-old nurse, believes that the Russians have an "obligation" to support the pro-Russian separatists in Donbass, "even at the risk of (their) life".

From then on, adds his son Vladimir Kosov, a 33-year-old amateur paleontologist, "our commander-in-chief (Putin) was right" to send the troops to confront the Ukrainian "nationalists" -- one of the terms by which officials and Russian televisions designate the government of kyiv.

"I think sooner or later it was necessary. Better a horrible end than endless horror," said Mikhail Nikitin, a 35-year-old computer scientist. "Anyway, sooner or later we will be victorious and everything will be fine afterwards."

As the Russian army struggles to advance and the conflict drags on, those who support the offensive have no doubts about the final outcome.

"In the end, our people will win and peace will be restored between Russia and Ukraine (...), friendly countries", thinks Nadezhda Josan, manager of a 35-year-old cleaning company.

She herself often went on vacation to Ukraine. "After the start of the operation, our friends there called us Moskals (a derogatory term for Russians, editor's note) and told us that we had no right to go there", complains- she.