Russian oil: what we know about the EU embargo that seeks to weaken Putin

From this Monday, December 5, not a drop of oil from Russia should enter the European Union, at least by sea. 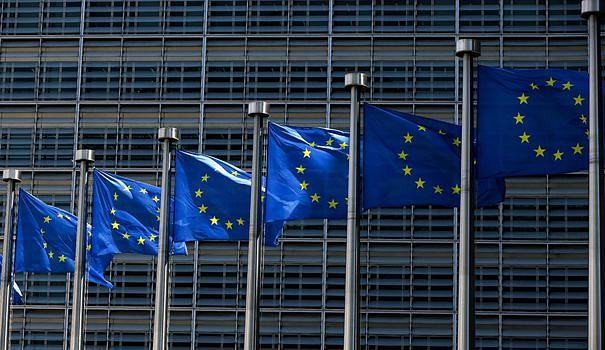 From this Monday, December 5, not a drop of oil from Russia should enter the European Union, at least by sea. This is the latest measure to weaken Moscow's funding, and in particular that of the war the Kremlin is waging in Ukraine. This first round of bans should be followed, in February 2023, by new sanctions on processed products, including diesel. Especially since to this is added a decision to cap the price of a Russian barrel at 60 dollars (i.e. 57 euros), adopted by the EU and by the G7 countries as well as Australia at the end of the week. last.

Several months after the American and Canadian embargoes, the European Union officially put an end to its purchases of Russian oil. In detail, it is imports by sea, which accounted for two thirds of oil purchases before the conflict, which are now prohibited in the EU. Imports by pipeline, in particular via the Druzhba pipeline, remain permitted, to enable landlocked countries, notably Hungary, to be supplied. But the sanctions should harden at this level from next February.

In addition, on Friday, the 27 agreed to cap Russian barrel prices at 60 dollars (57 euros). A measure taken in concert with the G7 countries (including Japan and the United Kingdom) and Australia. The ceiling is not intended to save money, since with the embargo these countries are no longer buying oil from Moscow anyway.

Nevertheless, it is a question of prohibiting, above this ceiling price, European, American, British, Canadian, Japanese and Australian companies from providing services allowing the maritime transport (freight, insurance, etc.) of Russian oil in countries that have not decided to deprive themselves of it, such as China or India. And for good reason: today the G7 countries provide insurance services for 90% of global cargo and the EU is a major player in maritime freight. As soon as these players can no longer transport or ensure the delivery of Russian oil above 60 dollars per barrel, they de facto prevent their customers from buying it at a higher price.

In line with previous rounds of sanctions against Moscow, these aim to undermine the Russian economy and to be able to influence the Kremlin's investment in the war it is waging against Ukraine. According to calculations by the Center for Research on Energy and Clean Air (Crea), in the first six months of the war in Ukraine, 158 billion euros from the trade in hydrocarbons (oil, gas and coal) came to fill the Russian coffers , of which two-thirds, 102 billion, come from the oil industry.

However, while Russia risks being impacted by the EU embargo, the oil price cap for the rest of the world seems less restrictive. Because the price set at 60 dollars per barrel is much higher than the cost of production per barrel in Russia which, according to many experts, fluctuates between 30 and 40 dollars.

For its part, the Kremlin has indicated that it totally rejects this cap on the price of its oil. The Russian presidency has made it known through its spokesperson Dmitri Peskov that it "will not accept" the measure. However, he said that Russia had "prepared" upstream "for such a ceiling", without giving further details. While for kyiv, the measure is insufficient. "It is not a serious decision to set such a limit for Russian prices, which is quite comfortable for the budget of the terrorist state", lambasted Volodymyr Zelensky, referring to the current price of crude which currently evolves around 65 dollars, barely more than the ceiling adopted. The ceiling will be reviewed from mid-January, then every two months, with the possibility of modifying it according to price developments, with the principle that the ceiling is set at a level at least 5% lower than the average market price. .

The challenge is not to weaken the black gold market too much. For the G7 countries, the objective of this embargo coupled with price cap measures is to reduce Moscow's oil windfall, but that it can nevertheless be maintained in order to avoid a surge in prices on the world markets already particularly tense. "Russia must keep an interest in selling its oil", at the risk otherwise of reducing world supply and causing a surge in prices, explains a European official to Agence France Presse (AFP). Still according to the same European official, Russia will remain concerned about maintaining the state of its infrastructures (which would be damaged in the event of a production stoppage) and maintaining the confidence of its customers, including China and India.

For its part, Brussels assures that the cap "will help stabilize the markets" and "will directly benefit emerging economies and developing countries", which will be able to acquire Russian crude at a lower cost. For the time being, prices at the pump should therefore not inflate. Nevertheless, in February, the embargo on the rest of petroleum products, in particular processed such as diesel, could change the situation. The EU imports a large part from Russia. Many experts expect greater pressure on diesel.

Despite the decision to embargo Russian barrels, the Organization of the Petroleum Exporting Countries (OPEC) has decided to maintain its production quotas. The representatives of the thirteen members, led by Saudi Arabia and their OPEC allies (of which Russia is a part) indeed agreed, this Sunday, December 4, to keep the course decided in October of a reduction of two million barrels per day until the end of 2023. "It's not a big surprise", commented analyst Hans van Cleef of ABN Amro, recalling that the alliance had already "warned of a slowdown in the economic growth and therefore the demand for crude oil".

In recent weeks, the prices of the two world benchmarks have lost ground and are between 80 and 85 dollars, far from their peaks of more than 130 dollars reached in March after the start of the invasion of Ukraine. The decision, widely anticipated, was made after a quick meeting by videoconference, the alliance returning to its habits taken during the Covid-19 pandemic after an exceptional meeting in early October in Vienna, OPEC headquarters. This status quo is justified in particular by "the uncertainty as to the impact on the production of Russian crude" of the new set of sanctions, commented for AFP Giovanni Stauvono, analyst at UBS. Another element that played into the status quo, according to the UBS expert, "a certain easing" of strict health restrictions in China, likely to alleviate market concerns. Demand from this country, which is the largest importer of crude in the world, is scrutinized by investors, and the slightest sign of economic slowdown or renewed epidemic has a direct impact on prices.