Turkish President Recep Tayyip Erdogan, whose country is the guarantor of this crucial agreement for the world's food supply, confirmed the resumption from Wednesday at midday of Ukrainian exports to the Black Sea via this secure corridor. 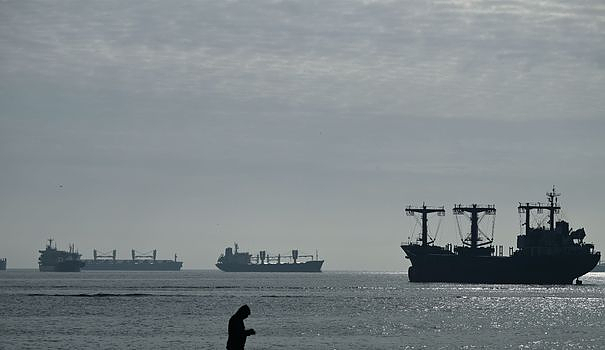 Turkish President Recep Tayyip Erdogan, whose country is the guarantor of this crucial agreement for the world's food supply, confirmed the resumption from Wednesday at midday of Ukrainian exports to the Black Sea via this secure corridor.

"Russia considers that the guarantees received so far seem sufficient and is resuming the implementation of the agreement," the Russian Defense Ministry said on Telegram.

Moscow had suspended its participation in the grain agreement on Saturday after a drone attack on its fleet based in the bay of Sevastopol, in annexed Crimea. The Russian army attributed this operation to Ukraine with the help of "British experts" and assured that it had been carried out in particular from the maritime corridor reserved for Ukrainian exports.

A series of phone calls in recent days between Russian and Turkish officials, notably between Mr. Erdogan and President Vladimir Putin on Tuesday, and the intercession of the UN, another guarantor of the agreement, seems to have convinced Moscow to review its position.

"Thanks to the involvement of an international organization, as well as the cooperation of Turkey, necessary written guarantees have been obtained from Ukraine on the non-use of the humanitarian corridor and designated Ukrainian ports for the export of agricultural products for hostile acts against Russia," the Russian military said.

Mr. Erdogan announced in the process that exports resumed "as before" from 9:00 GMT. "Following my talk with Putin yesterday, grain shipments will continue from noon today," he said.

Cargo ships loaded with grain, at the center of a global food security issue, had until then been largely stuck in Ukrainian ports since Saturday.

Westerners had strongly denounced Moscow's suspension of the agreement signed in July, while kyiv had denounced the attack on Sevastopol as a "false pretext" and called for pressure to be put on the Kremlin to "again respect its commitments".

"The grain corridor needs reliable and long-term protection," Ukrainian President Volodymyr Zelensky said on Tuesday evening, threatening Moscow with a "severe global response to any measure that disrupts our exports".

Russia retaliated on Monday by launching a new wave of massive strikes on Ukrainian critical infrastructure, causing cuts in water and electricity supplies, especially in kyiv.

Ukrainian operator Ukrenergo announced new electricity restrictions on Wednesday, while the mayor of the Ukrainian capital, Vitali Klitschko, promised to deploy a thousand "heating points" for residents by winter.

Mr Zelensky said the Russian strikes had damaged 40% of Ukraine's energy installations, which prompted the country to halt its exports to the EU, where prices are soaring.

While Moscow and Tehran continue to deny deliveries of Iranian combat drones to the Russian army, the United States said on Tuesday it was "concerned" by the potential delivery this time of Iranian surface-to-surface missiles.

On the front, the Ukrainian general staff reported on Wednesday fighting especially in the east and bombardments in 25 localities in the east, center and south.

The governor of Donetsk region in the east, Pavlo Kyrylenko, reported the death of 4 civilians in the past 24 hours.

AFP journalists have seen extensive destruction in the village of Bilozirka, on the front of Kherson, in the south, the regional capital where Russian forces are fortifying their positions for an upcoming Ukrainian assault.

At Bilozirka, Russian forces fire volleys from the southern end of the road, where they have been entrenched since their withdrawal from that village in March.

"At first, we thought only when it would finally end. But now it seems normal. We got used to it," said 20-year-old resident Angelika Boryssenko.

The Russian occupation authorities of the Kherson region announced Tuesday new evacuations of thousands of inhabitants of this area, after having transferred nearly 70,000 people last week.

Ukraine denounces these evacuations as "deportations" of its population by Russia.