The Novaya Gazeta newspaper denounced the will of the Russian authorities to "kill" him. 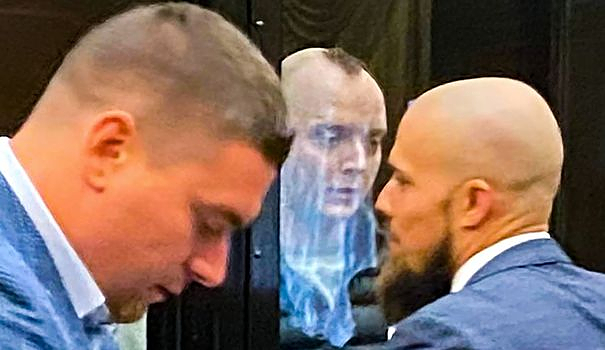 The Novaya Gazeta newspaper denounced the will of the Russian authorities to "kill" him.

Pressure against independent media was already growing in Russia, but the Kremlin's offensive in Ukraine since February has marked a sharp acceleration. Dozens of media websites have been blocked and journalists have fled the country en masse.

The Basmanny court in Moscow thus invalidated on Monday the certificate of registration of the paper version of Novaya Gazeta, whose editor-in-chief, Dmitry Muratov, was in 2021 co-winner of the Nobel Peace Prize.

"Today, they killed the newspaper. They stole 30 years of their lives from its employees," denounced the editorial staff in a press release, assuring however that its "spirit of freedom" would continue to exist.

This decision comes a few days after the death and funeral of Mikhail Gorbachev, the last leader of the USSR who died last Tuesday at the age of 91 and who was a co-founder of the newspaper. Mr. Muratov had also taken the lead on Saturday of his funeral procession.

The United Nations High Commissioner for Human Rights has denounced a "new blow" to the independence of the Russian media.

The Basmanny court justified its decision by explaining that the newspaper had not transmitted "the statutes of the editorial staff" during an administrative re-registration in 2006.

In two other complaints, also filed in July, Roskomnadzor demanded the cancellation of authorizations for the website and a new Novaya Gazeta magazine. These complaints should be investigated soon.

De facto, Novaïa Gazeta has not appeared since the end of March. Its management then suspended its online and paper publication for fear of reprisals for its journalists covering the Russian offensive against Ukraine.

Founded in 1993, the newspaper had therefore not been printed for months. But some of its journalists have launched a new site from abroad, Novaïa Gazeta Europe.

For nearly 30 years, this newspaper focused in Russia on all the delicate themes: the corruption of the elites, the mysterious Russian soldiers of the Wagner group, or the repression of homosexuals in Chechnya.

This commitment, the newspaper pays a high price: six of its journalists or contributors have been killed since its creation.

Before Monday's court decision, this same editorial team had shared a message of support for ex-journalist Ivan Safronov, 32, a recognized expert in defense issues.

Arrested in July 2020 and accused of "high treason", he was sentenced on Monday to 22 years in "penal colony under severe regime".

"We can not qualify this verdict other than inadequate," reacted to the press one of his lawyers, Dmitri Kachev. The appeal will be filed "as of today", said another lawyer, Daniïl Nikiforov.

"The absurd and inconsistent indictment shows that he is being punished for having done his job", protested in a press release the organization Reporters Without Borders (RSF), denouncing "an iniquitous and vengeful sentence".

Ivan Safronov was sentenced for having transmitted to a Russian-German political expert, also detained in Russia for "high treason", information on Russian military operations in Syria, and to the Czech intelligence services elements on arms deliveries from Moscow to Africa.

He had worked for two Russian national dailies, before becoming in May 2020 adviser to the then director of the Russian space agency Roscosmos.

On Monday, Novaya Gazeta evoked a "revenge" of power against Ivan Safronov for his articles regularly evoking the failures of the Russian army.