Russia, Iran, China... These blind spots that lead autocrats to their downfall

In China, hundreds of demonstrators defied the communist regime to denounce the absurd “zero Covid” policy; in Russia, hundreds of thousands of young people who can be mobilized are fleeing the country to escape a war that makes no sense; and in Iran, the mobilization has not weakened since the death of Mahsa Amini, murdered by the morality police for an ill-fitting veil. 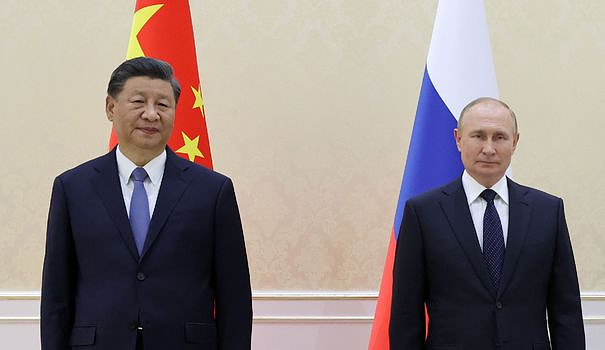 In China, hundreds of demonstrators defied the communist regime to denounce the absurd “zero Covid” policy; in Russia, hundreds of thousands of young people who can be mobilized are fleeing the country to escape a war that makes no sense; and in Iran, the mobilization has not weakened since the death of Mahsa Amini, murdered by the morality police for an ill-fitting veil.

As brutal as they are, authoritarian regimes will never be able to fully control a society, as in an Orwellian dystopia. Citizens may be inundated with propaganda, but there will always be rebellions against glaring injustices. And no people will ever give up the right to know the truth, especially if lives have been sacrificed.

The more power they accumulate, the less isolated autocrats see the world as it is. But as described to them by informants eager to please them, and who are careful not to tell them bad news. Which adviser would dare to question the health strategy of the all-powerful Xi Jinping, who last month boasted of its success before an assembly of parliamentarians under orders? It is also unlikely that he was able to become aware of the discontent during his travels in front of handpicked inhabitants.

And who to challenge Vladimir Putin's decision to launch his tanks against kyiv? For the head of the Kremlin, to criticize is to betray. Any questioning of the "special operation" is punishable by up to fifteen years in prison. One thinks of the terrible sanctions that Stalin inflicted in 1941 on the "panicists", those advisers who had the audacity to report to him the state of decay of the Red Army, in full retreat before the Wehrmacht...

Writer Jonathan Littell compares authoritarian regimes to glaciers: "They look intact, then one day they suddenly collapse, without anyone seeing it coming". Xi Jinping should save his power, by combining repression and promises to relax his health policy. For Putin, it is certainly too late to hear the warnings.