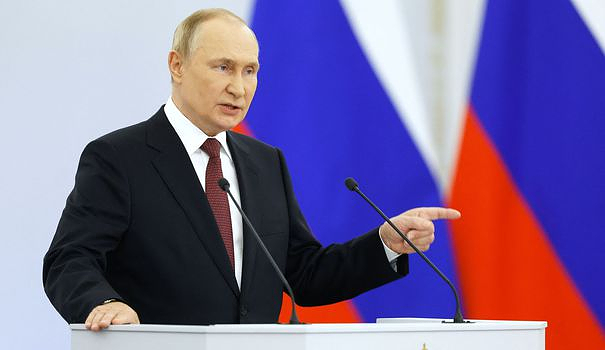 "Foreign agent". The label is somewhat reminiscent of that of "enemy of the people" used in the Soviet era to give official justification for the repression of opponents. They were also used in the 1970s and 1980s to describe dissidents, accused of being in the pay of the West.

In Russia, this qualification of “foreign agent” has been used massively since 2012 against organizations, opponents and journalists accused of carrying out political activities financed abroad. This imprecise concept has made it possible to target many groups critical of the power.

From December 1, the Russian Ministry of Justice will publish on its website the complete list of "foreign agents" identified by the authorities, notes Le Monde. The list will contain all the personal data of these persons concerned, their addresses, their tax numbers or their social security numbers, reports the daily.

"Foreign agents" are subject to numerous constraints and tedious procedures, under threat of heavy penalties such as a high fine, a prison sentence or closure. In particular, they must indicate this status in all their publications, must report on their participation in any public event and present the details, every three months, of all their expenses and income.

A decree adopted on November 10 also prohibits them from carrying out educational activities or working with the State. "This law is a weapon all the more effective as it can be used retroactively", specifies Mark Galeotti, specialist in security issues in Russia, contacted by France 24.

"I no longer have a private life because the Ministry of Justice knows absolutely everything about me, down to the brand of tampons I use. I have to fill out 84 pages of forms every three months to justify all my expenses" , said journalist Lyudmila Savitskaya who found herself on the list of "foreign agents" at the end of 2020, as reported by France 24.

The first Russian law on "foreign agents" was adopted in July 2012. This law initially had a financial dimension: it applied to NGOs supposed to receive funds from abroad which engaged in "activities policies". "This law does not prevent anything. It is not binding and only serves to improve transparency in public life in Russia," reassured Russian President Vladimir Putin at the time.

Some sometimes absurd decisions have been taken concerning NGOs. The Center for Civil Education had thus been considered "funded by a foreign source" because it had been reimbursed for an overpayment by a hotel in Oslo in connection with the rental of premises for a conference, reported on June 14 the European Court of Human Rights (ECHR) in a judgment.

The infamous “foreign agent” label was then first imposed on the media in 2017. Two years later, Vladimir Putin extended the legislation to include individuals or groups receiving foreign funding publishing “reports and printed, audio, audio-visual or other materials". In 2020, Lev Ponomarev, co-founder of the iconic NGO Memorial, former Soviet dissident and historic human rights activist in Russia, was listed as a "foreign agent".

In September 2021, the law was later expanded to include Russian citizens reporting or sharing information including corruption or issues related to the military and security services. The FSB, the Russian internal intelligence service, then published a document of about sixty relevant topics related to the military sector - corruption in the army, development of new weapons, morale of the troops, etc. - which can give a journalist the status of "foreign agent" if he investigates these issues. Since June 14, anyone carrying out a political activity from near or far and "who benefits from foreign support or is under foreign influence" can be considered a foreign agent, recalls Le Monde.

On June 10, the Russian NGO Committee against Torture, founded in 2000, was designated a "foreign agent" by the Russian authorities before announcing its dissolution two days later. The Committee Against Torture campaigned to compel the authorities to investigate ill-treatment by security forces and take action to end it. She notably worked on the situation in Chechnya.

The NGO Memorial was dissolved on December 29, 2021 due to violations of this controversial law. The dissolution of the main organization for the defense of fundamental rights in Russia, which received the 2022 Nobel Peace Prize on October 7, preceded the offensive in Ukraine by a few weeks.

Since then, the Kremlin has stepped up the crackdown on voices denouncing its military campaign, with thousands of fines and heavy prison sentences. Moscow has turned its back on the ECHR since Russia left the Council of Europe last March, of which the Strasbourg court is the judicial arm, just before being expelled from the Council by most of the other 46 members for invaded Ukraine.

In total, the list of "foreign agents" has continued to increase over the years: 20 entities and persons concerned in 2019, more than 110 in 2021 and now around 250 names, natural or legal personalities, all criticism of Russian power.