Rugby: the construction sites of the All Blacks before the World Cup-2023 in France 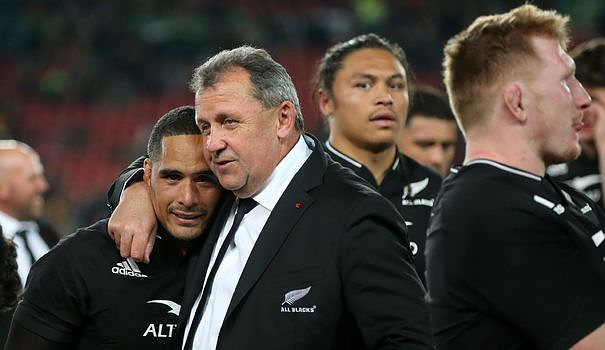 A rare series, including three defeats in a row, which almost cost Ian Foster his place. The last few weeks have also been the scene of divisions around the maintenance – or not – of the highly criticized All Blacks coach. Foster saved his skin when his troops reacted, with style, to the world champions (35-23).

Despite the support of his players, Foster remains in the hot seat, especially as Mark Robinson, the boss of New Zealand Rugby, took several days to comfort him. "We have the impression that this is a new start for the team" he hoped, announcing that the coach was maintained until the World Cup. Double title holders in the Rugby Championship, the All Blacks however have an interest in waking up.

. Win back the hearts of fans

Achieving good performances and chaining victories: this is the only recipe with which the coach can silence his detractors after the two historic defeats at home against Ireland in July.

The matches to come, with two receptions for Argentina then two meetings against Australia in poor form, offer Foster the chance to prove that the choice to keep him was the right one. But the slightest defeat could make his position untenable against supporters accustomed to winning.

Faced with the powerful South Africans, carried by the ogre Frans Malherbe, the New Zealand pack held up. Real return to his level or burst of pride?

Losses in the Test series against Ireland demonstrated that the Blacks needed to inject new blood into the front row ahead of the World Cup. Rising star prop Fletcher Newell made his debut in the fern shirt in the second Test against South Africa last week and did well.

Newell is one of the country's best stalwarts in close quarters and the All Blacks must ensure that the Crusaders player, like promising Highlanders stalwart Ethan de Groot, can arrive in France with enough international experience.

While Ian Foster's head was once placed on the chopping block, two names came up insistently. That of Joe Schmidt and that of Scott Robertson

Schmidt, former coach of Ireland, also passed by Clermont and Leinster, was promoted to attack coach of the All Blacks and will bring a breath of fresh air to the New Zealand ranks.

Considered one of the best technicians in the world today, Robertson will still have to wait before settling on the bench of three-time world champions. If the position seems promised to him, the former third line, ex-player Perpignan (2003-2006), can continue to dance on the belly of Super Rugby with his Crusaders, crowned four times in a row.