The Roquetas de Mar City Council approved this week a request for a contingency planning from the Government Subdelegation in order to mitigate the effects of the El Canarete highway closing. 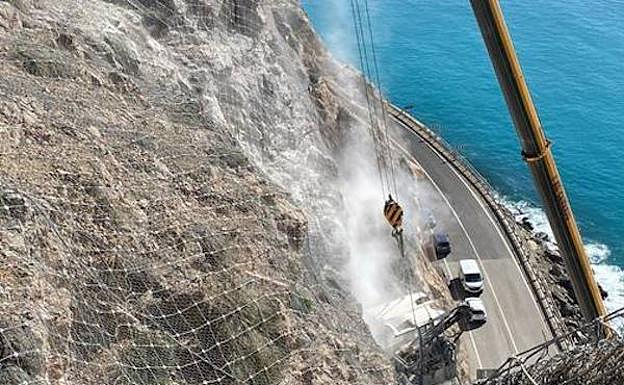 The Roquetas de Mar City Council approved this week a request for a contingency planning from the Government Subdelegation in order to mitigate the effects of the El Canarete highway closing.

Gabriel Amat, the mayor of the city, stated that it was impossible to predict the opening date and the imminence the summer season meant that "it was necessary for the competent administration prepare and execute a contingency planning."

Amat reminded Amat that Roquetas de Mar has a large tourist influx, with over 1.3 million overnight stays in hotels per year. However, the municipality's population grows significantly in the summer. The mayor stated that they are aware of the daily collapse of the A7 at certain times. This situation is made worse by the high traffic density in the section between Almeria and Aguadulce.

The City Council of Roquetas de Mar, on the other hand, proposes temporary and limited access to be authorized, as was done in other instances during peak hours. This will allow safe entry/or exit routes during construction work. Emergency on the road to El Canarete. As has been the case in other instances, a partial opening is possible depending on the safety conditions of the work being done.

Finally, in the unlikely event that the Government Subdelegation finds it impossible to open this road for a temporary or limited period, the Roquetas de Mar City Council asked the technical managers to prepare a report to inform citizens about the reasons that prevent temporary or limited access from El Canarete being authorized.

‹ ›
Keywords:
RoquetasPidePlanVeranoSuavizarImpactoCierreCanarete
Your comment has been forwarded to the administrator for approval.×
Warning! Will constitute a criminal offense, illegal, threatening, offensive, insulting and swearing, derogatory, defamatory, vulgar, pornographic, indecent, personality rights, damaging or similar nature in the nature of all kinds of financial content, legal, criminal and administrative responsibility for the content of the sender member / members are belong.
Related News