Next October, Roquetas De Mar will host a huge video game event that is expected to attract more than 20,000 participants. 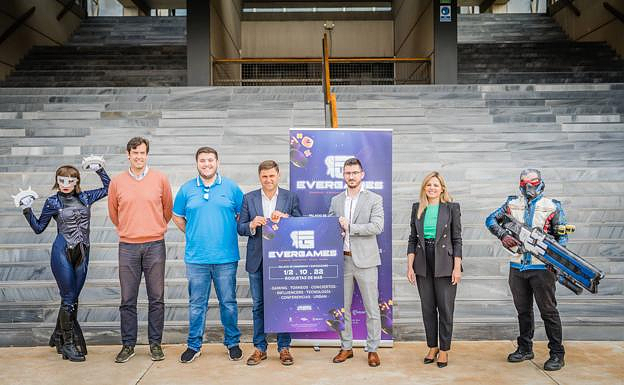 Next October, Roquetas De Mar will host a huge video game event that is expected to attract more than 20,000 participants. The first Evergames edition, which was organized by the Roquetas de Mar City Council, and Crash Music Almeria Production Company, will be held on October 1, and 2.

There will be tournaments of Fortnite' and League of Legends’, â€Valorant' and â€Clash Royale'. The prizes for each competition are worth more than 10,000 Euros. It will also be possible for fans to see great electronic sports teams, great influencers from video games and other fields. There will also be concerts by great artists that will be described over the coming weeks.

There will be many themed areas for tournaments, meetings, and concerts. These include the team area and food truck area, toy area, toy library area, toy store area, arcade area and dance area. plus. Evergames will also feature a multi-video gaming gymkhana, where you can compete against other players in different games to prove your skills in a variety of competitions.

Evergames will broadcast on Twitch to show hyperconnectivity and will emphasize education, healthy living, and having fun.

Juan Antonio Gallego, the event's coordinator, stated that there will be dozens 'freeplay' stalls, so attendees can enjoy the best video games for the entire weekend. He presented the meeting with Jose Juan Rodriguez, the Councilor of the Interior Government, and Rocio Sanchez, the Councilor of Education, Culture, and Youth.

Rodriguez stated that Evergames was founded with the desire to continue and is destined to be one of the top gaming events at the national level. It will bring together lovers of music, video games and technology.

Evergame's coordinator, for his part, stated that the goal was to gather more than 20,000 people during the weekend. This is a fair where young people and families can enjoy the biggest fairs at the national level.

The website www.evergames.es contains all the information and programming for the Evergames events.

‹ ›
Keywords:
RoquetasPreparaGranEventoGamingOtono
Your comment has been forwarded to the administrator for approval.×
Warning! Will constitute a criminal offense, illegal, threatening, offensive, insulting and swearing, derogatory, defamatory, vulgar, pornographic, indecent, personality rights, damaging or similar nature in the nature of all kinds of financial content, legal, criminal and administrative responsibility for the content of the sender member / members are belong.
Related News