Roquetas is roiled by the lack of beaconing or areas for people with disabilities.

The beaches of Roquetas de Mar are now without services and beacons. 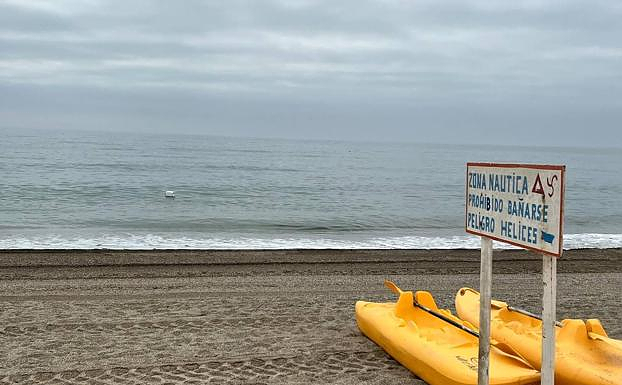 The beaches of Roquetas de Mar are now without services and beacons. Many people have denounced the situation via social media in recent days. They consider it inexplicable that these services are not available in high season. Yesterday, Vox and PSOE also condemned it. Both of these organizations have asked for explanations from government officials.

IDEAL was informed by sources from the municipality that the problem appears to lie in the company that was awarded these services. This joint venture was formed by Excavacions i Obres Roda SL -Sub Lorente Pomar SL. The contract was signed on June 24 and is worth 92,904 euro. The City Council has been forced to urgently process a new contract. This will be presented to the plenary session on Friday to resolve this problem as soon as possible.

These problems with beach services have caused a lot of discomfort in this tourist town. There were already complaints that the Beach Plan was not being used last Easter as opposed to other tourist destinations.

Jose Ramos of the Association of Beach Entrepreneurs assured them that they have made "many mistakes." According to the association which represents beach bars, hammock hanging and other businesses on the beach, they requested a meeting in December to address problems. However, its president complained that it had not served them well.

He cited as an example the problem that occurred for several years regarding the dates of the installation of hammocks. The City Council distinguishes the Playa Serena area from the rest of the coast. This causes hammocks in this area with more hotels to be set up one month later than the rest and then picked up one month earlier than the other beaches. This reduces their season. Businessmen claim that they don't understand.

Ramos didn't want to get into the details of who was responsible, but he warned that we must be more cautious because beaches need to be protected. Ramos expressed concern about the potential danger to bathers if the channels are not marked.

Ramos also supported the installation of concrete footbridges which the City Council planned to install this year. However, it is unclear by what political decision they were excluded from the tender that was put out a few months back. He stated that "they are effective and are everywhere. They don't bother. There is no excuse they could be burned in San Juan. But someone has decided not put them on."

The walkway issue affects beach access in summer. Since the wooden walkways can only be installed mid-June, hammock businesses have to relocate. The president of the association complained that it was not a serious image issue for a tourist municipality.

Critique of Vox and PSOE

Yesterday, Vox and PSOE demanded answers from the government team regarding what's happening. Manolo Garcia, socialist spokesperson, stated that he had been receiving concerns from businessmen in this sector. He also recalled that at Easter, his training had criticised that the beach services were not ready. He described as "very serious" the fact that they aren't, months later, and with July starting, and that it is still not ready.

The PSOE questioned the mayor and his staff about the causes of the delays, the plans he has to take to fix them, and the date. He also criticized the mayor for his "effort to privatize" and asked what 700 municipal workers would do if the government team commissions services, "even such services as the phone service of the Local Police or organization of patron saint celebrations". He said that these problems wouldn't have happened if municipal operators had provided the service of placing the nets and shadow areas.

Jose Ignacio Cerrudo, Vox's spokesperson, also asked about the incident and was extremely critical of the "lack of resources" at the beaches. This, he said, not only affects the tourist but also the neighbors. Training criticized the fact that some companies are using empty bottles to signpost jet ski and pedal boat access, resulting in a bad image. It also pointed out the insufficient equipment available to assist people with limited mobility at rescue stations.

‹ ›
Keywords:
FaltaBalizamientoZonasPersonasDiscapacidadEnciendePolemicaRoquetas
Your comment has been forwarded to the administrator for approval.×
Warning! Will constitute a criminal offense, illegal, threatening, offensive, insulting and swearing, derogatory, defamatory, vulgar, pornographic, indecent, personality rights, damaging or similar nature in the nature of all kinds of financial content, legal, criminal and administrative responsibility for the content of the sender member / members are belong.
Related News