Roquetas creates an informative project about the Posidonia meadows

The file for the tender to provide a service for organizing outreach activities about the importance of posidonia Oceanica meadows has been approved by the Roquetero City Council's Local Governing Board. 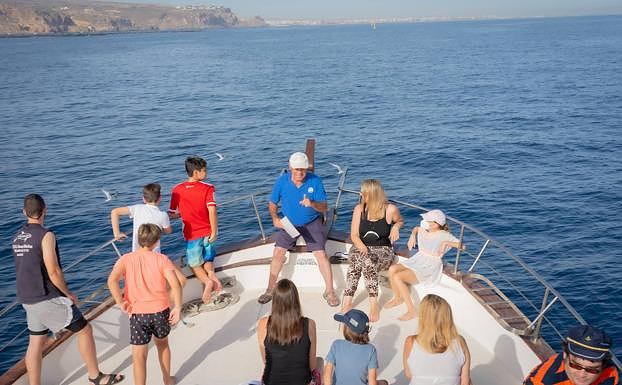 The file for the tender to provide a service for organizing outreach activities about the importance of posidonia Oceanica meadows has been approved by the Roquetero City Council's Local Governing Board. This area, known as La Ventilla, is also a natural monument in Andalusia.

The contract is valued at 74 606 euros and has a two-year term, which can be extended by a third party. It includes three lots. The first lot focuses on Posidonia Week, which is scheduled for next July. This activity is open to all ages and can be signed up for workshops, talks, or boat trips.

The second batch, on the other hand, consists in four boat trips that take samples and provide results about the water quality.

The third batch includes activities that are held in schools during school hours and the school season. In all schools of the municipality, there will be educational workshops and excursions to the Ribera De la Algaida and Posidonia viewpoint, among others.

The Environment section of the Department of Urban Agenda has promoted the initiative. Susi Ibanez is the manager of this initiative. She stated that the City Council of Roquetas De Mar will be valuing the Rock coast's seagrass beds, as well as its natural wealth, and how it impacts the marine ecosystem. We want to make sure that children and the public are aware of this important species, which is unique in the Mediterranean Sea. It becomes an area of oxygen production and breeding as well as refuge for many species. ", said.

‹ ›
Keywords:
RoquetasPreparaProyectoDivulgativoPonerValorPraderasPosidonia
Your comment has been forwarded to the administrator for approval.×
Warning! Will constitute a criminal offense, illegal, threatening, offensive, insulting and swearing, derogatory, defamatory, vulgar, pornographic, indecent, personality rights, damaging or similar nature in the nature of all kinds of financial content, legal, criminal and administrative responsibility for the content of the sender member / members are belong.
Related News