Rodriguez requests that maternity leave be extended and that breastfeeding, respect childbirth and attachment parenting are promoted.

Teresa Rodriguez, the candidate for the presidency at the Junta de Andalucia por Adelante Andalucia presented Wednesday a Law regarding maternity, promotion and respect for breastfeeding and conscious or attached parenthood, which placed it at the heart of public policies related to motherhood. 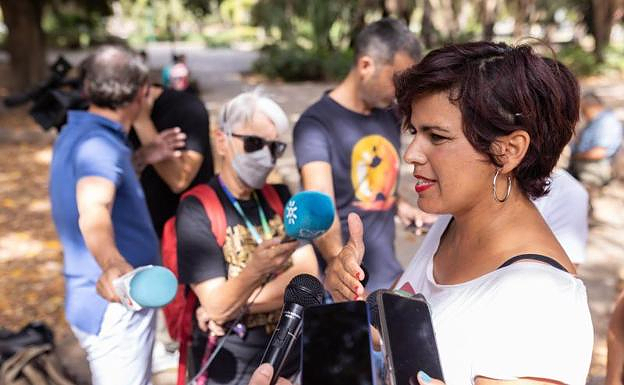 Rodriguez suggested at a press conference in Malaga that he first extend maternity and adoption leave to six-months, then one year to staff dependent on Andalusian government agencies. This is to combat it in the private sector whose regulation rests on the State.

"Sixteen weeks for mothers is very short." While we think that it is good that paternity leaves have been extended, we haven’t touched maternity leave for far too long," said Adelante Andalucia. She pointed to the Board for this leave, "and so pull the private sector."

Rodriguez also reminded us that the WHO considers the first six month of a baby's life to be a crucial period for breastfeeding. It requires special dedication from the mothers and fathers in case it is not natural. With the goal of "advancing towards a year to converge Europe on maternity leaves."

Rodriguez also proposed that the Autonomous Administration award a purple seal for companies that improve their conciliation policies. This would give them priority when they apply for subsidies, promotions, and public contracts. "Family support is not a sham of Francoism, but concrete measures that promote motherhood, attachment, and upbringing."

This is why the rule, which was developed in consultation with professionals from all sectors and civil society, proposes to include in contract specifications requirements that refer to respect for conciliation and reward improvements in this area. "Activities like cleaning, morning classes and home help are highly feminized because many mothers are unable to balance work and motherhood.

‹ ›
Keywords:
RodriguezPideAmpliarPermisosMaternidadPromocionarLactanciaPartoRespetadoCrianzaApego
Your comment has been forwarded to the administrator for approval.×
Warning! Will constitute a criminal offense, illegal, threatening, offensive, insulting and swearing, derogatory, defamatory, vulgar, pornographic, indecent, personality rights, damaging or similar nature in the nature of all kinds of financial content, legal, criminal and administrative responsibility for the content of the sender member / members are belong.
Related News