Robbers came with sledgehammers and pistols

One threatened the staff with a gun, the other two smashed the showcases and cleared them out: After a million-dollar robbery with sledgehammers in the Hamburg jewelry store H. 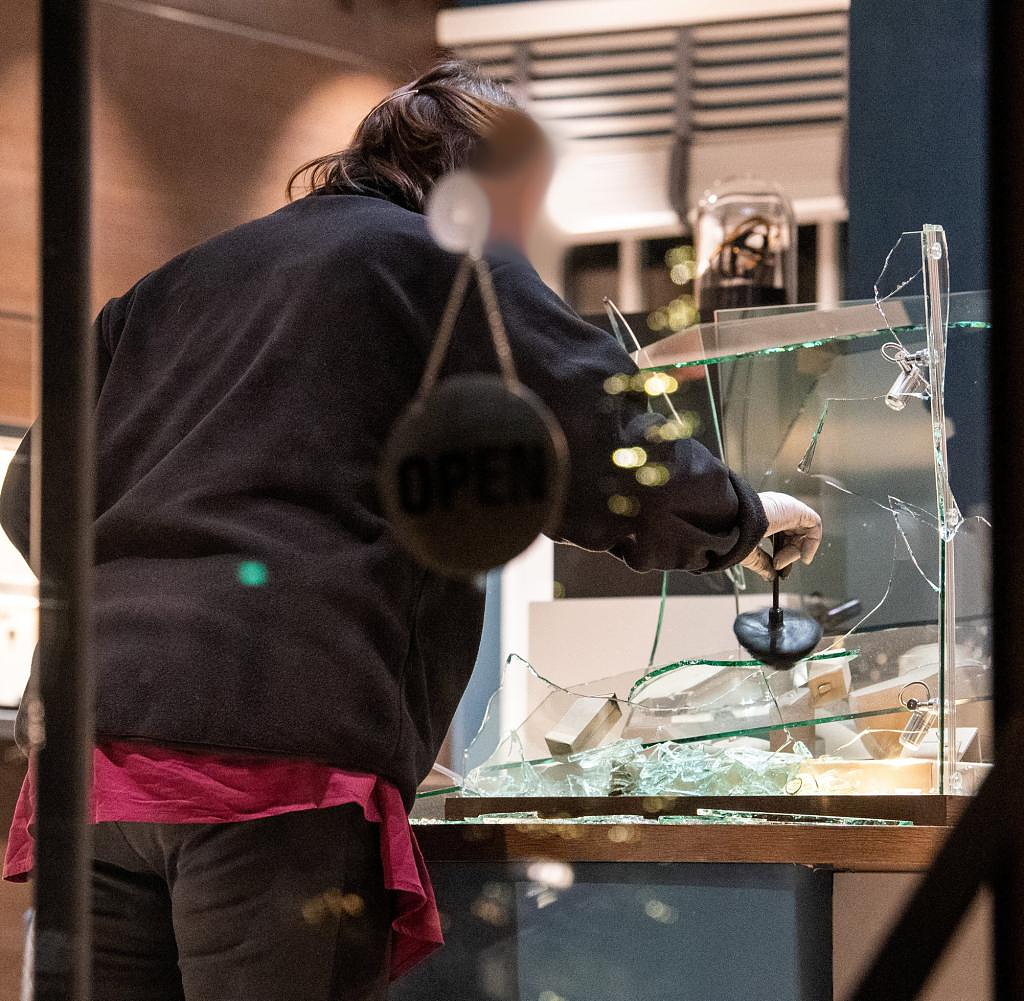 One threatened the staff with a gun, the other two smashed the showcases and cleared them out: After a million-dollar robbery with sledgehammers in the Hamburg jewelry store H. Spliedt, the search for the perpetrators is still in full swing. A first search was unsuccessful.

Three masked men had attacked the shop on Neue ABC-Strasse in the city center early Tuesday evening, police said. The value of the loot is around two million euros. The perpetrators are said to have stolen almost 70 luxury watches in just two minutes.

According to "Hamburger Abendblatt", the responsible department in the State Criminal Police Office, the LKA 44, should see parallels to an attack on a cabochon jeweler in the Alstertal shopping center (AEZ) in Poppenbüttel.

This was also attacked by three men in early December. The perpetrators had also tried to smash the showcases. However, they used an ax among other things. However, the safety glass should have held.

Jeweler Torsten H. Spliedt claims to be the fifth generation to run the family business. The origin of the company was laid 150 years ago in Itzehoe. Today it is run from Kampen on Sylt.

In 2016, the branch was opened on Neue ABC-Strasse in Hamburg. It is managed by the managing directors Delficus Graf Douglas and Lucas Graf Strachwitz.

It should also have been the two who were in direct contact with the robbers. The 33-year-old Strachwitz probably opened the door after one of the perpetrators rang the doorbell.

According to the "Bild" newspaper, one of the robbers is said to have held a pistol to Strachwitz's head and shouted: "On the ground! Don't play hero now!"

After Strachwitz was brought to the ground, the men are said to have started smashing the display cases, collecting the watches and stowing them in two black sports bags.

The second 39-year-old manager is said to have noticed the robbery in an office above the shop, locked himself in and alerted the police. After initial investigations, the robbers then fled via ABC-Strasse and Fuhlentwiete in the direction of Axel-Springer-Platz. At times they may have used e-scooters, it said. A track also led to the Stadthausbrücke S-Bahn station, but got lost there.

Two e-scooters and black gloves, which the perpetrators were probably wearing, were secured, police said. After about three and a half hours of the search, which went "without any particular results", the search for the perpetrators was initially ended.

According to police, the robber with the gun was described as slim and dark-colored. He is said to have been wearing a black hat and a dark down jacket. His two accomplices were said to be wearing black down jackets and were described as very slim.

Witnesses who can provide information about the perpetrators or who have made suspicious observations have been asked to contact the police. The robbery department at the State Criminal Police Office has taken over the investigation.

According to the "Hamburger Abendblatt", the certificates of authenticity should play a decisive role, especially for particularly expensive watches. Without this, it will be difficult for the perpetrators to sell the watches.

The newspaper refers to a case at the beginning of the year: restaurateur Majid E. was attacked when he entered a residential building on Kaiserkai. Two masked men pushed into an elevator in January and overpowered the 62-year-old by repeatedly hitting him in the head with a pistol. They snatched a bag from E. that contained 17,000 euros in cash and three Rolex watches worth 100,000 euros.

However, they failed to sell the watches without certificates. A few weeks later, the restaurateur became a victim again when his apartment was broken into with a duplicate key. The burglar took a bag. Presumably, the certificates were to be captured. The perpetrators were later caught and sentenced to longer prison terms a few days ago.

‹ ›
Keywords:
PolizeiJuweliereRaubHamburgTexttospeechHamburger AbendblattNeustadtPoppenbüttelVorschlaghämmernKrimi
Your comment has been forwarded to the administrator for approval.×
Warning! Will constitute a criminal offense, illegal, threatening, offensive, insulting and swearing, derogatory, defamatory, vulgar, pornographic, indecent, personality rights, damaging or similar nature in the nature of all kinds of financial content, legal, criminal and administrative responsibility for the content of the sender member / members are belong.
Related News