Ritual calendar in use for at least 3000 years

The Central American ritual calendar is apparently many centuries older than previously known. 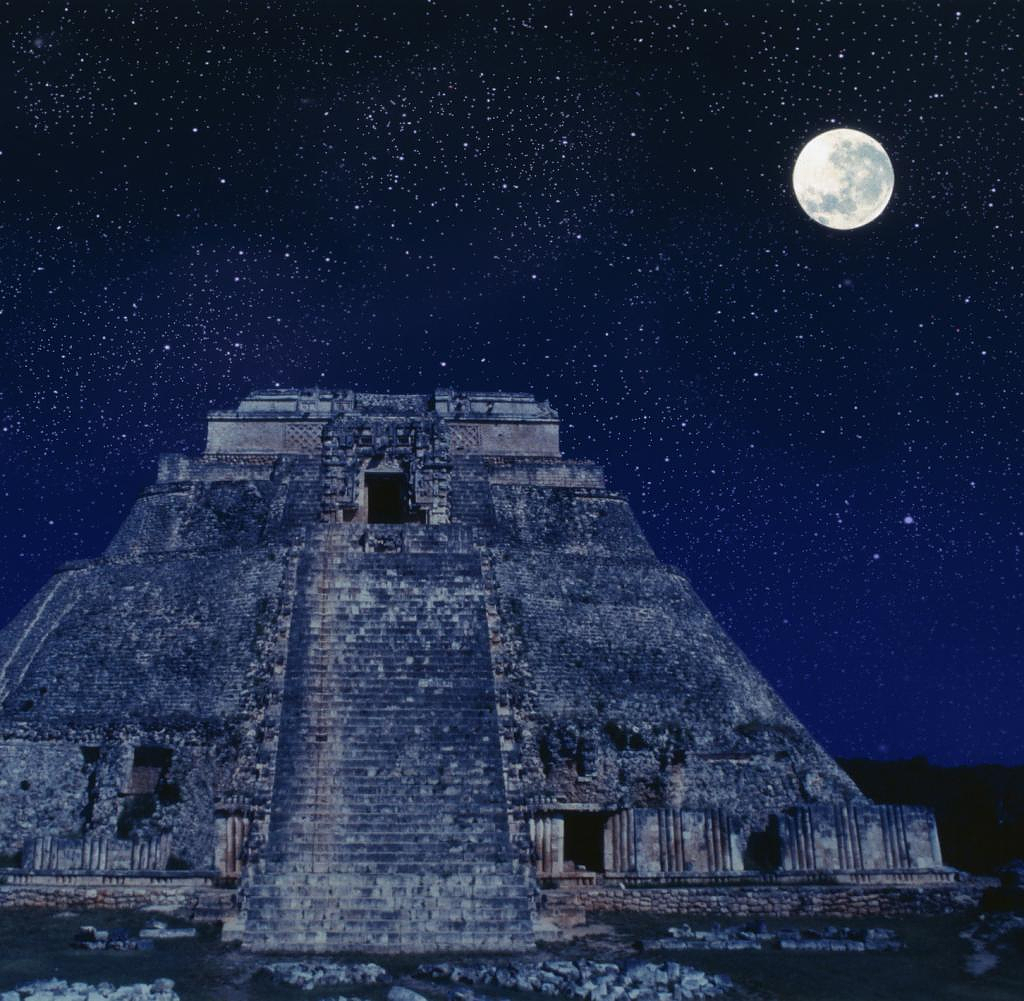 The Central American ritual calendar is apparently many centuries older than previously known. From the analysis of hundreds of ceremonial centers in southern Mexico, researchers conclude that people aligned these systems at least 3000 years ago - i.e. around the year 1000 BC - in particular according to the course of the sun and based them on the ritual calendar. The oldest evidence to date for the use of this calendar dates from the 3rd century BC.

"The orientation of the appendices reflects attention to both the annual movement of the Sun and other events in the firmament, and shows that observations leading to the sophisticated astronomical knowledge of the Classical and Postclassic periods were available nearly a millennium before they were written were recorded,” write the researchers in the journal Science Advances.

In Central America, the Maya culture in particular, which stretched from present-day southern Mexico through Guatemala and Belize to Honduras and El Salvador, used a sophisticated system of chronology. This combines a 365-day annual calendar with a ritual calendar of 260 days - 13 months of 20 days each.

Last April, a research team reported a find at the Mayan site of San Bartolo in northern Guatemala: two fragments of lime plaster from the 3rd century BC bore a date from the ritual calendar painted on them. Analyzes indicated that the calendar had been in use for a long time, but there was no concrete evidence of this until now.

Ivan Šprajc's team from the Slovenian Academy of Sciences and Arts is now providing this. Using the so-called lidar method, the researchers examined the area along the southern Gulf of Mexico for conspicuous soil structures. Using Lidar (Light Detection And Ranging) technology, aircraft-borne lasers scan the Earth's surface, revealing structures hidden even under lush vegetation.

On an area of ​​around 85,000 square kilometers - this corresponds to almost the combined area of ​​Bavaria and Thuringia - the team came across more than 400 standardized building complexes with a clearly recognizable orientation. They date from 1100 BC to 250 BC and were built by the Olmec and Mayan cultures.

Almost 350 of the layouts contained east-west alignments of buildings. For nearly 90 percent of them, this alignment is related to the position of the sun on specific dates in the annual cycle, the team writes. Accordingly, orientation to the sunrises on February 11 and October 29 was common: There are 260 days between these two dates - i.e. exactly one cycle in the ritual calendar.

For example, in one facility, two central elevations are built in such a way that their extension to the east almost exactly meets an elevation 380 meters away, over which the sun rose on those two days. The researchers emphasize that such an orientation is particularly common in plants from the period from 1100 BC to 750 BC. This is the earliest evidence of the use of the 260-day calendar and astronomical knowledge in Central America.

The team also describes other alignments of facilities that are said to be related to the position of, for example, the Moon, Venus or the star Fomalhaut. The erection of the early building complexes went hand in hand with the beginning of agriculture, i.e. the cultivation of corn, and increasing sedentariness, writes the team. "Since calendars aligned with the solar horizon can only function through observations from a fixed point, the assumption of more sedentary lifestyles must have underlain this development."

The team sees an early alignment with the ritual calendar in San Lorenzo, the earliest major ceremonial center in Central America in what is now the Mexican state of Veracruz. This complex of the Olmec, known for their colossal heads, had its heyday between 1400 and 1100 BC.

The system is aligned in such a way that the sun sets behind the Zempoaltépetl mountain in the neighboring state of Oaxaca on the winter solstice. In addition, it is lined with 20 platforms - this underlines the importance of this number. The researchers write that people, some of whom may already have been specialists in astronomy, were already living in San Lorenzo at that time.

‹ ›
Keywords:
KalenderAstronomieGolf Von Mexiko
Your comment has been forwarded to the administrator for approval.×
Warning! Will constitute a criminal offense, illegal, threatening, offensive, insulting and swearing, derogatory, defamatory, vulgar, pornographic, indecent, personality rights, damaging or similar nature in the nature of all kinds of financial content, legal, criminal and administrative responsibility for the content of the sender member / members are belong.
Related News