Ritmica Nazari will compete to represent Andalusia at the Spanish championships

After almost a decade in existence, the Ritmica Nazari club continues to grow. 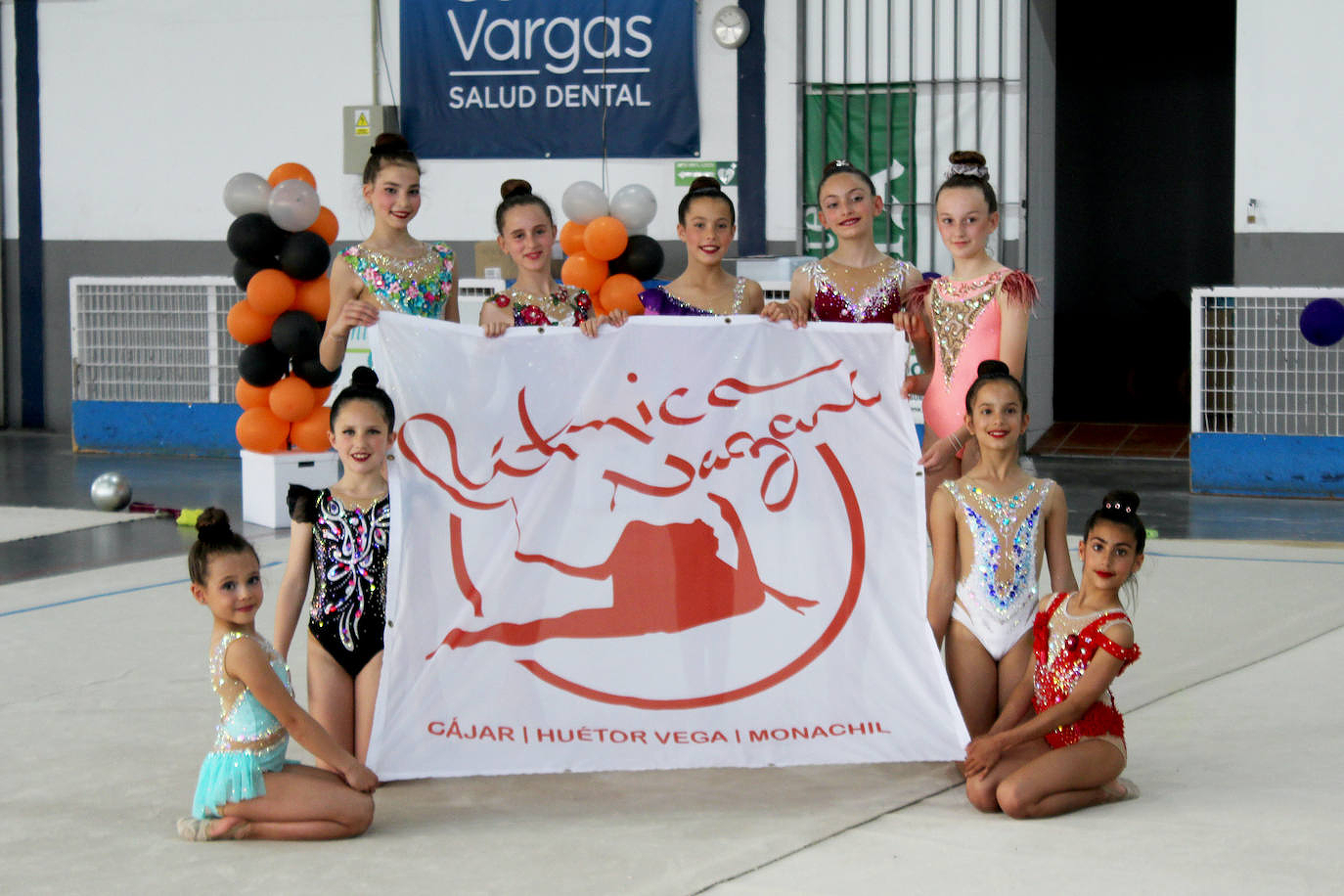 After almost a decade in existence, the Ritmica Nazari club continues to grow. It covers the towns of Huetor Vega and Cajar. Take a look at the activity they have been doing in recent weeks. Most of the CD Ritmica Nazari Gymnasts went to Vicar (Almeria), to compete in the Eastern Cup Of Andalusia, the first phase of their pre-cup championship.

This was the first major event for the gymnasts, in the individual and group modalities. The alevin team was the most prominent, Nara and Maria from Huete being the first to be crowned Andalusian pre-cup champions. Ines and Lucia were the youngest team. The individual pre-cup juvenile modality Andalusian champion was also won.

The national competition was held in Santander on April 28th, where the child and cadet categories competed. / IDEAL

It is worth highlighting individuals in second classification: Katerina Romaro (benjamin cups), Alicia Blanco, children's cups, as well as the cadet group where Paula de Huete participated. Sofia Galdeano and the pre-cup team won bronze in the individual children’s maces category. Other participants achieved remarkable results and were among the top ten. CD Ritmica Nazari, one of the Andalusian clubs who shined the brightest in this competition.

We must also mention the Copa de Espana Base Ensembles. The cadet groups participated in the Santander competition on April 28th with Tessa and Carla of Huete and Maria V., Maria H., and Elena. Both groups defended their assembly with great enthusiasm. The infant was thirteenth, while the cadet was eighth. These are some valuable results. They were in the top ten or fifteen positions at national clubs.

The Spanish Individual Base Championship took place in Zaragoza from April 22-24, 2009. Before that, the club represented Andalusia along with two of its gymnasts, Candela Guillen in the 2009 children’s rope category and Karla Lopez, in the cadet ribbon section. 2008. Both were excellent at their jobs and had an unforgettable experience.

We must also add the joy that was felt last April 9th in Baza when the children's group B (formed in Laura, Elena, Fatima, Lola, Fatima, Julia and Fatima) and the child C (composed of Marian, Claudia and Martina), were declared runners-up in Eastern Andalusia at their respective levels in the first phase.

The club has been busy in the federated championships over the past two months. The most important events of the season are within reach, including the final of the Andalusian championships as well as two Spanish championships. To be able to compete and represent Andalusia, the CD Ritmica Nazari will have to fight.

Marta Cordobilla, a young Huete gymnast, is one name that has been discussed in club circles because of her remarkable career. She traveled to Valencia in April to compete with Club El Ejido's Third Division of Iberdrola League. Marta attempted to qualify for the Spanish Championship in June by securing one of four places in May. The club won the championship with four points in the general classification. She will be competing in the official competition with her companions Aroa, and her Ines.

On May 13, in Cajar, the gymnasts from the quarry performed. / IDEAL

Rhythmic gymnastics never stops. Friday, May 13th, a second phase of the circuit took place in Cajar. It was attended by the schools of Ritmica Nazari quarry, which includes Cajar, Huetor Vega, and Monachil. Around 80 gymnasts took part, and the purpose of this phase was to provide a point for contact for new gymnasts in this discipline. Huetor Vega will host the next appointment, which will include the final circuit and new exhibitions.

‹ ›
Keywords:
RitmicaNazariLucharaRepresentarAndalucíaCampeonatosEspaña
Your comment has been forwarded to the administrator for approval.×
Warning! Will constitute a criminal offense, illegal, threatening, offensive, insulting and swearing, derogatory, defamatory, vulgar, pornographic, indecent, personality rights, damaging or similar nature in the nature of all kinds of financial content, legal, criminal and administrative responsibility for the content of the sender member / members are belong.
Related News