According to works councils, golden times are ahead for the wind industry – as long as the industry gets the shortage of skilled workers under control. 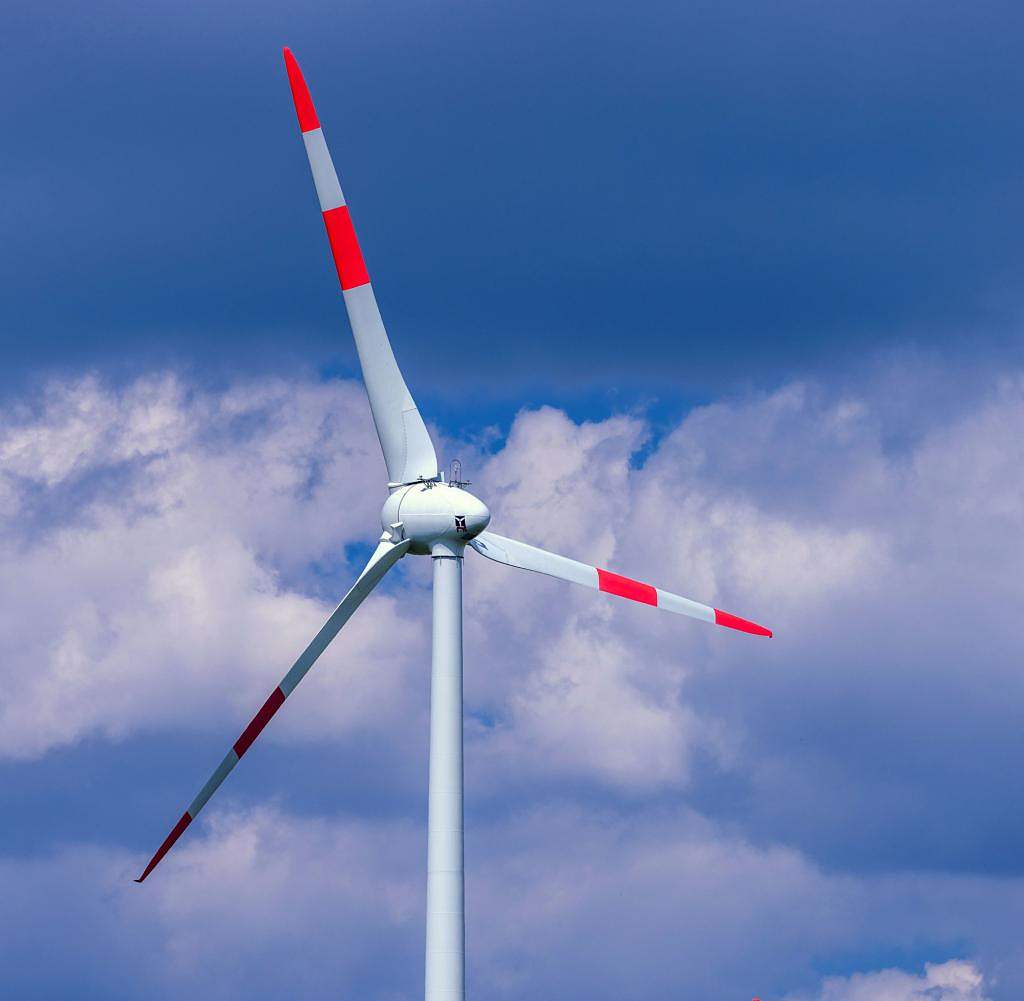 According to works councils, golden times are ahead for the wind industry – as long as the industry gets the shortage of skilled workers under control. According to a survey by IG Metall presented on Wednesday, 76.9 percent of the employee representatives surveyed expect a positive market development, compared to only 3.7 percent in the pre-Corona year 2019.

At the same time, almost 90 percent of those surveyed fear that the lack of specialists poses a serious threat to the expansion of wind power in Germany.

As a result of the corona pandemic and the Russian war against Ukraine, 77 percent of those surveyed also reported problems in the supply chain. High energy and steel prices, bottlenecks in electronic components and blocked transport routes are causing problems for the companies, according to a survey of employee representatives from 28 companies nationwide with a total of more than 25,000 employees.

"All the signs are pointing to "Go" - and hardly anything is happening," Thorsten Ludwig, head of research at the Agency for Structure and Personnel Development (AgS), quoted a works council member from the survey. This affects both the onshore and offshore areas and the entire value chain.

The works councils expect the most positive market developments in the area of ​​service and maintenance. Expectations are also high for turbines and project development. The only thing that doesn't look so good is rotor blade production, which is due to the fact that this is practically non-existent in Germany. "That has essentially been abandoned," said Ludwig. It is now mainly in Portugal, India and China.

This is increasingly becoming a problem. With a view to the transport routes, Ludwig said: “All components that influence a value chain are disrupted.” According to the survey, many companies are already trying to find alternative suppliers or increase stocks, among other things. The district manager of the IG Metall coast, Daniel Friedrich, said: "We have to keep the entire value chain." The closure of the last rotor blade factory in Germany by Nordex in Rostock was a serious mistake.

Despite fundamentally rosy prospects, the expectations of the works councils regarding the development of employment are cautious. Only 30 percent expect an increase, ten percent fear a reduction, the rest assume that the workforce will remain the same. "Unfortunately, we can continue to state that the green job miracle is still a long time coming," said Friedrich.

Almost all companies are already having problems filling vacancies. "With a collective agreement a little less and without a collective agreement, all of them," said Ludwig. Friedrich emphasized that the competition for the best minds is not won with fruit baskets and foosball tables, but with good working conditions. "Anyone - like the wind turbine manufacturer Vestas - is currently refusing collective bargaining should not be surprised at the negative effects when looking for skilled workers," said Friedrich.

He was also stunned at how companies complained about a shortage of skilled workers, but at the same time did not live up to their own responsibility to train young people and thus recruit new skilled workers. According to Ludwig, the training rate in the wind industry is at a historically low 3.4 percent - after 4.4 percent in 2019. It is striking that the rate in companies bound by collective agreements is still 4.5 percent, while in companies without a collective agreement it is only 1.7 Percent. "That's clearly not enough," said Ludwig.

The President of the German Wind Energy Association (BWE), Hermann Albers, emphasized: "In order for the positive mood to lead to a real increase in production and employment, the 10,000 MW fully developed projects, for which the approval process is already underway, must be decided before the end of this year. This is urgently needed in order to fill the first rounds of tenders in the coming year and to get the expansion going again dynamically. "Here the federal states are responsible for starting a year-end rally now," said Albers.

‹ ›
Keywords:
TexttospeechHamburgWindenergieWindkraftWindkraftanlagenIG Metall (Industriegewerkschaft Metall)Betriebsräte (BR)IG Metall KüsteKarriereWindindustrieBundesverband WindEnergieAusbildungsquoteHermann Albers
Your comment has been forwarded to the administrator for approval.×
Warning! Will constitute a criminal offense, illegal, threatening, offensive, insulting and swearing, derogatory, defamatory, vulgar, pornographic, indecent, personality rights, damaging or similar nature in the nature of all kinds of financial content, legal, criminal and administrative responsibility for the content of the sender member / members are belong.
Related News