Around 15 months after the flood disaster in the Ahr Valley, the Rhineland-Palatinate Minister of the Interior, Roger Lewentz, is stepping down from his post. 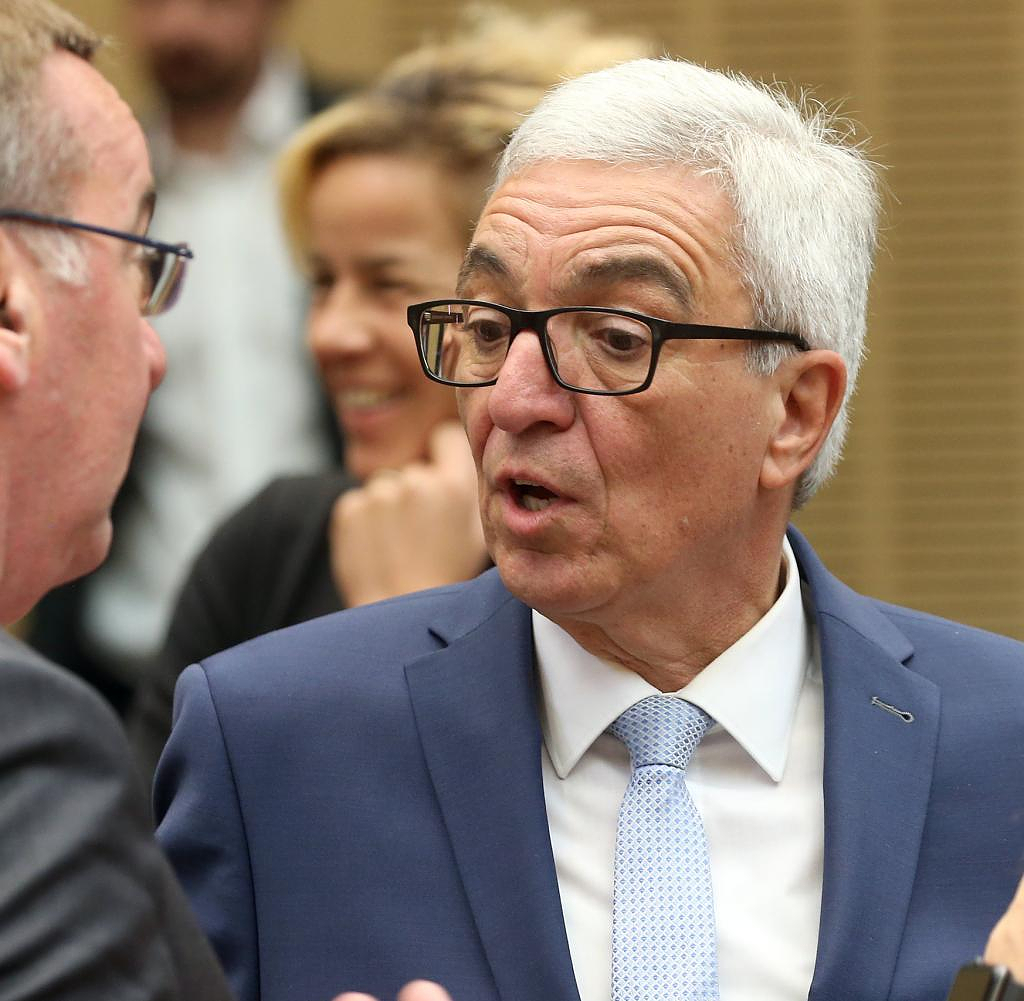 Around 15 months after the flood disaster in the Ahr Valley, the Rhineland-Palatinate Minister of the Interior, Roger Lewentz, is stepping down from his post. The SPD politician announced this decision on Wednesday in Mainz. "Today I take political responsibility for mistakes made in my area of ​​responsibility," said Lewentz.

Prime Minister Malu Dreyer (SPD) will soon announce the successor to Lewentz. "He will remain in office for a few more days," she said, adding: "You can assume that I will make public who follows Roger Lewentz in the next few days."

Lewentz was criticized for police videos from the night of the disaster, which were only recently made public, and the helicopter pilots' subsequent deployment report to the Ministry of the Interior. According to the police, the video recordings, which were accidentally forgotten, show people in dire need in the flood.

The discussion recently focused on the question of when the minister had enough information on the night of July 14th to 15th, 2021 to be able to recognize the catastrophic event and to react to it. At least 134 people lost their lives in the flash flood, which began in the evening on the upper reaches of the Ahr and reached the confluence with the Rhine in the early morning.

Lewentz had explained to the committee of inquiry that he had not had a complete picture of the situation on the night of the flood. He only saw the films that have now surfaced in the investigative committee at the end of September. The written report was not discussed at the meeting at the end of September. The police have admitted that they were late in sending the films to the public prosecutor's office and the investigative committee. The CDU and AfD in the Rhineland-Palatinate state parliament had previously called for Lewentz's resignation.

In April, the Greens politician Anne Spiegel resigned as Federal Minister for Family Affairs. She was Environment Minister in Rhineland-Palatinate at the time of the flood disaster and left for France about ten days later for a four-week family vacation. The Green politician justified this by saying that the vacation was necessary because of the great burden on her family.

When asked about his chairmanship of the SPD in Rhineland-Palatinate, Lewentz said he was elected until the next party conference in 2023. He added: "I'm taking a break now and will then discuss it with the committees."

‹ ›
Keywords:
TexttospeechNewsteamLewentzRogerRheinlandPfalzAhrtalPolizeiMainzKrimiRoger Lewentz
Your comment has been forwarded to the administrator for approval.×
Warning! Will constitute a criminal offense, illegal, threatening, offensive, insulting and swearing, derogatory, defamatory, vulgar, pornographic, indecent, personality rights, damaging or similar nature in the nature of all kinds of financial content, legal, criminal and administrative responsibility for the content of the sender member / members are belong.
Related News