Reus leads BVB to a mandatory win against Copenhagen

On the upswing in the Bundesliga, on course in the Champions League - Borussia Dortmund has continued its upward trend towards the start of the premier class. 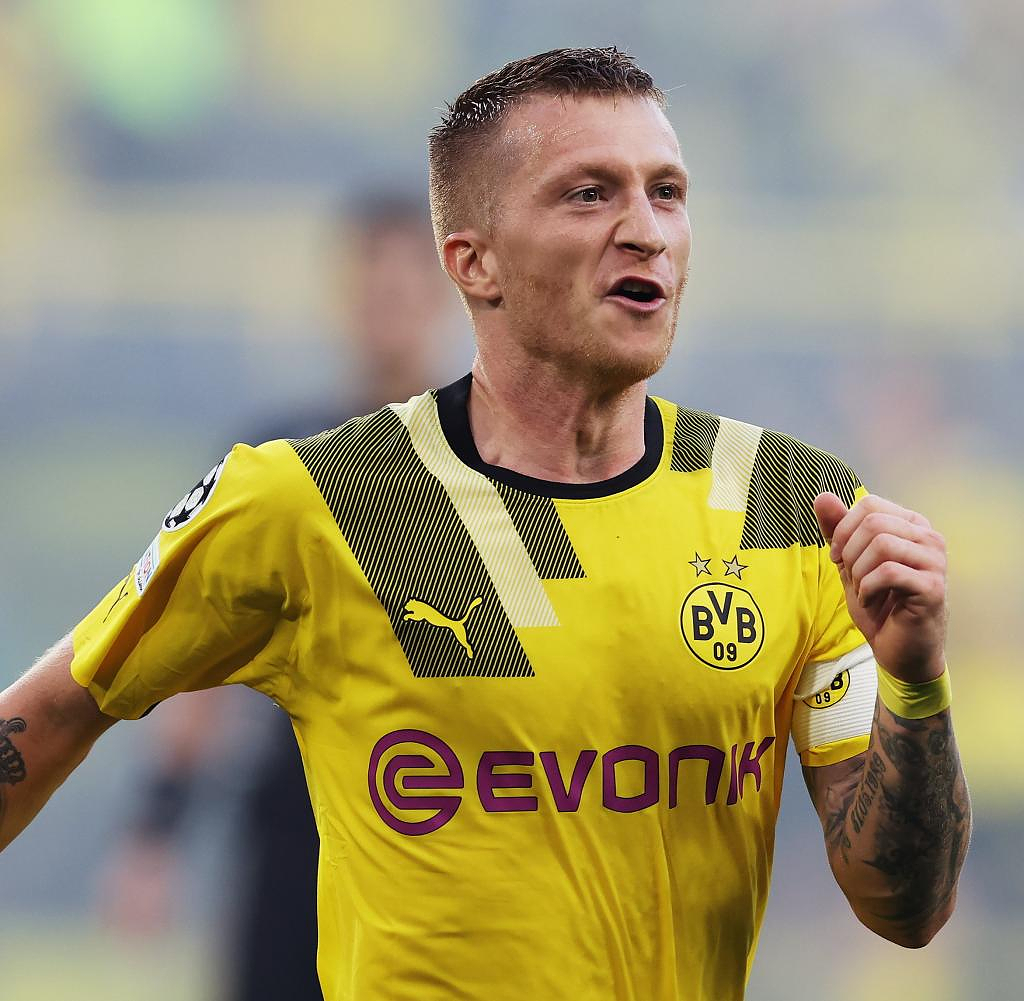 On the upswing in the Bundesliga, on course in the Champions League - Borussia Dortmund has continued its upward trend towards the start of the premier class. With the 3-0 (2-0) win over outsiders FC Copenhagen, coach Edin Terzic's team created a cushion for the forthcoming away games at Manchester City and FC Sevilla.

Against the impressive backdrop of 70,700 spectators in Signal Iduna Park, where standing room was allowed for the first time since 1998, the strong Marco Reus (35th), Raphael Guerreiro (42nd) and Jude Bellingham (83rd) ensured the deserved success . Newcomer Sébastien Haller, who was sitting in the stands after his tumor operation and who received an ovation from the fans, was also happy about this.

Despite growing concerns about injuries, Dortmund controlled the game on Tuesday. BVB has to replace five offensive players early in the season because Thorgan Hazard also had to go out against the Danes due to thigh problems (23rd). Even first-choice goalkeeper Gregor Kobel is initially out due to a torn muscle fiber, but his representative Alexander Meyer was only really challenged once in his premier class debut.

At first, Borussia struggled against the deep guests. Copenhagen often forced the Bundesliga runners-up to move to the flanks, but BVB did not become dangerous from there. Instead, a combination through the center provided the lead. National player Niklas Süle, for whom Mats Hummels had to be on the bench, initiated the attack of the hosts and found Julian Brandt. As in the 1-0 win over Hoffenheim last Friday, Brandt made a brilliant pass to Reus, who completed the shot from close range. And BVB didn't let up. But on the contrary.

Thanks to an aggressive duel, Guerreiro got the ball just before Copenhagen's penalty area and passed it on to Giovanni Reyna - the 19-year-old in turn put it back on the Portuguese, who only had to push in. "First we have to show that what happened last year in all cup competitions bothered us," Terzic said before the kick-off on Amazon Prime Video.

He actually showed that BVB does not want to be eliminated again in the group phase of the premier class. It only got tricky twice: In the first minute, a shot from the guests grazed the outside of the post, shortly after the half-time break goalkeeper Meyer then fended off Lukas Lerager in dire need. If Dortmund could blame themselves for something, it was only the poor exploitation of chances.

BVB didn't let up in the second round either and created numerous good opportunities - but only took advantage of one. After another mistake by the Danes in the build-up, Dortmund switched quickly and combined into the penalty area. There Reyna crossed again - and this time found Bellingham, who made the final score.