The scene takes place on October 17 at the entrance to the restaurant Le Cozy Montparnasse, located a stone's throw from the station hall where more than 200,000 travelers pass through every day. 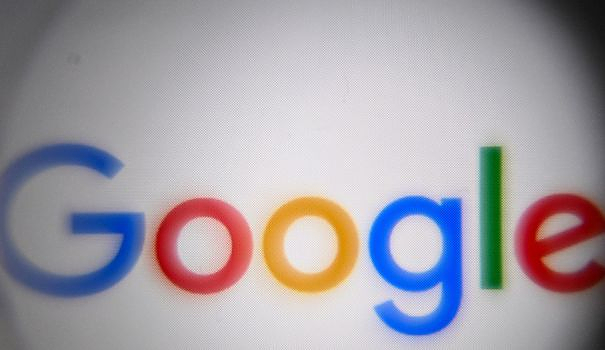 The scene takes place on October 17 at the entrance to the restaurant Le Cozy Montparnasse, located a stone's throw from the station hall where more than 200,000 travelers pass through every day. Two customers of the establishment are ejected manu militari by an exasperated manager. To make them leave, he launches "Viva Poutine" twice. The entire short sequence is filmed by one of the two excluded, before being posted on social networks. The video is widely shared. And for good reason: the two women turn out to be Ukrainians and claim to have been kicked out because of their nationality. On the restaurant's Google page, negative opinions abound. In 24 hours, more than 50,000 comments are posted.

The rating of the establishment dips below two stars (out of five possible). Proof of the reach of the video, users of Russian nationality try to counterbalance by noting positively the Cozy Montparnasse. Google has since removed most reviews, but the virtual clash between pro-Ukraine and pro-Russians continues. For the Cozy Montparnasse, it's a cold shower with a Google card that has become unreadable. "For customers who don't know the establishment and who have never come, it's dramatic. We work the old way, we know our customers, we rely on our usual customers", specifies Alex Bacha, the manager, who claims to have wanted to annoy Ukrainian women without a second thought.

In the meantime, the establishment has rubbed shoulders with the power of Google reviews. In recent years, they have become essential for restaurants, shops and businesses. Even doctors today can hardly do without it. In France, in 2021, the number of reviews posted on the American platform increased by 28% compared to 2020, according to the 2021 barometer of the start-up Partoo. However, Google has not always occupied the dominant position that we know today. For a long time, TripAdvisor and Booking.com have monopolized the first places in the catering and hotel industry.

Everything really changed in 2010. "The American firm decided to enrich its Google profile with reviews, it had an immediate effect. It is the number one search engine and, as opposed to Booking and TripAdvisor, it is generalist", underlines Clément Poupeau, sales and marketing director at Guest Suite, a solution managing customer reviews for businesses.

Accessible directly from the American giant's search engine, Google reviews are also visible on Google Maps, the most widely used mapping service in the world. “Google reviews have taken the place of the Yellow Pages in France over the past five years,” says Jean-David Lépineux, director of Opinion System, an independent polling organization specializing in customer reviews. Their success can also be explained by a change in consumer habits.

"There is a displacement of reputation systems and opinion systems. Before, we had systems based on expert opinions, this is the case with labels. Certain specifications had to be met. There are now a move towards a collective evaluation", explains Christophe Benavent, professor at the University of Paris Nanterre and specialist in digital consumption. The practice of scoring spread like wildfire. We note everything and anything.

"In all exchange systems, ratings have played a very important role. It has become essential to express oneself so that consumers find their way around. We rely on the sensible opinion of Mr. world. We lost our knowledge of people. Before, in his neighborhood, we knew who we were dealing with. We had to overcome this lack of knowledge with rating systems", analyzes Dominique Roux, professor of management sciences at the University of Reims Champagne. There is also a generational dimension: "People who are between 14 and 18 years old are born with a smartphone. They are used to it. The generations before are less so", notes Clément Poupeau.

It is impossible today for merchants and restaurateurs to miss SEO on Google. To make their job easier, the American company has launched Google My Business, a service allowing them to enter all the information necessary to locate them, but also to be evaluated. On the consumer side, posting a note has never been easier. A Gmail account is sufficient. The following ? Choose the number of stars and enter the date of the visit to the establishment. For restaurants, you must also specify the type of meal. Once validated, the review is almost immediately posted.

This is where the problem lies. Moderation turns out to be piecemeal. Google also warns Internet users upstream: "Google does not check reviews, but searches for and removes false content when identified". "It's far too complex for Google to moderate properly. As they want data, they prefer that you submit a false review, they don't care to have any", argues Jean-David Lépineux. Hateful and discriminatory content is never accepted. On the other hand, fake reviews that do not contain offensive words very often pass the first filter. Asked about its method, Google refers to an explanatory article detailing the operation of their system based on machine learning, while very vaguely stating that "thousands of reviews are posted every day by Internet users in the whole world". "Google assumes one thing: there may be false opinions. They have a moderation system, but not a control system", continues Jean-David Lépineux.

Several techniques exist to locate them, even if the writing processes prove to be more and more formidable. "If the reviews are short, if there is no description or experience, we would tend to be wary of them. Also if several reviews are similar. If they are not French-speaking people. When a review is recent and that the company opened three weeks ago, it is not very coherent", enumerates Maxime Lager, lawyer at the European Center of Consumers France. In the meantime, Google is turning a deaf ear. "They are not very cooperative. They will hide behind American law as their servers are there. This is what is a bit embarrassing", assures Maxime Lager.

If Google reviews can highlight unknown businesses or restaurants, not all professionals validate the system. "They have big flaws: they are not verifiable and have no proof of consumption, they are false opinions. If the consumer is intelligent, he knows that this opinion is worthless, but not everyone has not the same ability to surf and consult", regrets Laurent Duc, president UMIH (Union of trades and industries of the hotel industry) hotel branch and in charge of the "online notice" files.

One sector in particular has been impacted in recent years: that of health. For Dr. Jérôme Marty, president of the UFML union, "there should be no Google opinion in medicine. I opened up to François Braun to tell him that it could not apply. We did not nothing to sell, we don't have to be judged as a business". The Minister of Health approves, but there is still a long way to go before any ban.

Himself a general practitioner, Jérôme Marty was able to experience abuse on the platform: "You have careers that can be screwed up. I carried the vaccination and I have the antivaxes that attack. 90% of people who post a comment are not part of my region and come from Alsace, Paris, Toulouse...". The practitioner who receives a negative mark that he considers inappropriate finds himself in a delicate position: "In the care relationship, there is necessarily an imbalance, the person who comes to see you is not in his normal state, that can distort things. Medical consumerism has set in. The doctor, unlike the restaurateur, cannot reply. Either he knows the patient or he cannot answer because otherwise he would be infringing medical secrecy".

However, the Google sheet can be essential for doctors. "For someone who settles in a very competitive place, it is very important to gain e-reputation through the Google page", argues Thomas Dechaseaux, co-founder of MerciDocteur, a start-up specializing in the management of digital reputation of doctors. The practitioner is ultimately dependent on Google. "For patients, there is Google's point of view and that of patients. When you have a Google page, the easy part is to put the information, the photos. The complex part is played out over the longer term: generating patient advice", continues Thomas Dechaseaux.

But to have the perfect Google file, a major obstacle stands in front of professionals: having a notice deemed non-compliant removed is an obstacle course. "It's very difficult to have an opinion removed. Google has very little moderation and the legal response is very difficult to obtain", admits Jérôme Marty. Thomas Dechaseaux agrees: "Having a comment removed: it's possible, but it's very time-consuming, it takes a lot of energy". The other solution: drown the comments. "90% of dissatisfied people leave an opinion, assures Clément Poupeau. Delighted people are less likely to express their satisfaction. We must give the floor to 100% of customers". A recent decision nevertheless raises hope. Last June, an Internet user was fined 1,800 euros by the Amiens court for having defamed a notary on his Google page.