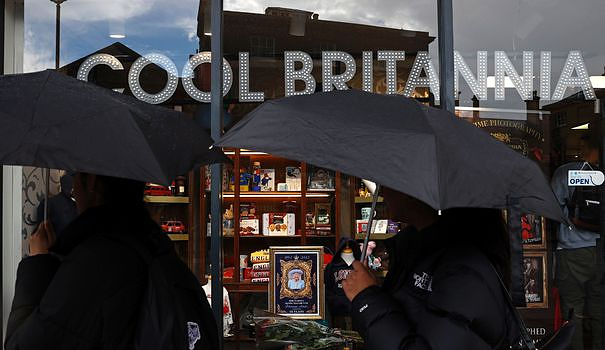 GDP rose slightly, by 0.2% in July, after a decline of 0.6% in June, driven in particular by the service sector, the National Statistics Office announced on Monday. On the other hand, the production and construction sectors fell over the period.

If the GDP increased it is mainly due to "the weakness of the GDP in June", marked in particular by the impact of the celebrations of the jubilee of Queen Elizabeth II - who died last Thursday - which had given rise to two days not worked , one more than usual, explains KPMG economist Yael Selfin.

Another additional public holiday has also been announced next Monday, for the funeral of the sovereign, which means that the British economy will experience two more non-working days than a normal year in 2022.

According to Samuel Tombs, economist at Pantheon Macroeconomics, next week's day off "could be more damaging to the economy than the extra day off in June, as the hospitality and tourism sector is unlikely to benefit. , but many businesses will still close.”

Pantheon Macroeconomics estimates that the impact of funerals could cost 0.2% to September GDP. “But many companies will be able to catch up, as most of them did in June”, nuance Mr. Tombs.

And in general, major royal events give a boost to tourism and trade, particularly that of souvenirs, John Plassard, an analyst at the brokerage Mirabaud, recalled on Friday.

The monarchy alone would be the source of 600 million euros in revenue out of 20 billion generated by the tourism sector in the country, according to Mirabaud. Memorabilia sales could rise by £60million on the sidelines of the funeral.

British GDP was 1.1% above its pre-pandemic level in July, but it nevertheless remained slightly below its level in May.

This is “worrying”, according to Yael Selfin, as it “indicates an overall contraction in the first two months of the summer”, according to her, when the UK economy is under threat of recession “due to continued pressure on household incomes and the increased cost burden for businesses".

The Bank of England announced at the beginning of August that it was forecasting a recession from the end of 2022 and for more than a year, due to inflation at more than 10% driven in particular by the surge in energy prices since the start. of the Russian invasion of Ukraine.

New British Prime Minister Liz Truss on Thursday unveiled a two-year energy price freeze for individuals and six months for companies or public institutions, in an attempt to stem this soaring cost of living.

The measure has not been precisely costed by the government but will cost more than 100 billion pounds, according to the think tank specializing in public finance IFS.

But economists say the positive effects of capping energy prices could be dampened by more aggressive rate hikes from the Bank of England to counter longer-term inflation. According to Samuel Tombs, economist at Pantheon Macroeconomics, "the economic recovery has run out of steam, but has not yet reversed" and the energy cap could narrowly avoid a recession in the coming quarters.