In the stomach of a fossilized dinosaur, researchers have discovered the complete foot of a small mammal. 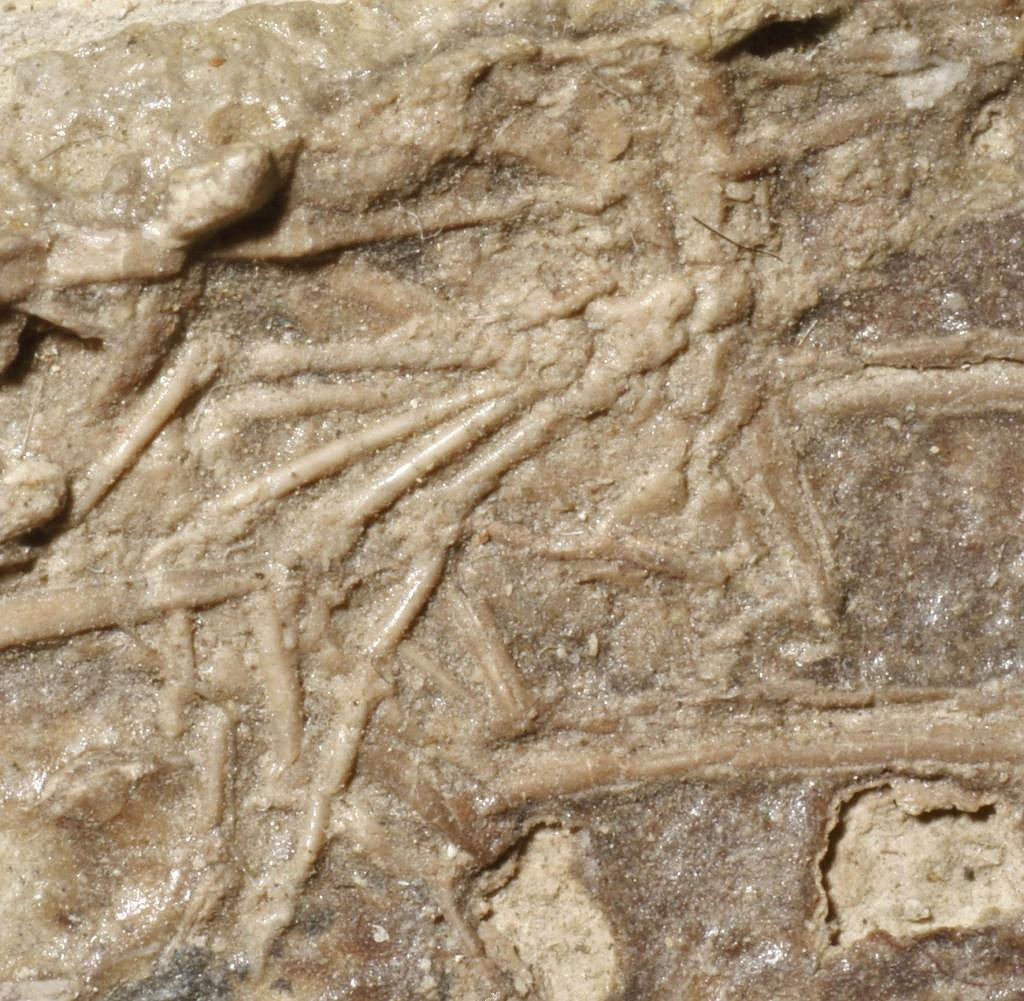 In the stomach of a fossilized dinosaur, researchers have discovered the complete foot of a small mammal. Before dying, the Microraptor devoured a mammal the size of a mouse, the scientists report in the journal "Journal of Vertebrate Paleontology".

This is the fourth finding of prey in a Microraptor's stomach, following the remains of a fish, a bird and a lizard-like animal. The researchers cannot say whether the dinosaur hunted the mammal or consumed it as carrion.

"I couldn't believe it at first," said study leader Hans Larsson of McGill University in Montreal, Canada, according to a statement from the university. "There was a tiny, about an inch long, rodent-like mammalian foot fully preserved inside the Microraptor skeleton."

These finds are the only reliable evidence that exists for the diet of the long-extinct animals - and they are extremely rare. Larsson reportedly came across the fossil while visiting museum collections in China.

Microraptors, i.e. "little predators", lived in the early Cretaceous period, which began around 145 million years ago. Previous finds of the feathered dinosaurs come from the province of Liaoning in northeast China. The currently examined specimen is a Microraptor zhaoianus. A second species is known to science, the Microraptor gui.

Determining the diet of the animals, millions of years after they disappeared from Earth, is problematic, the team writes in their article. For one thing, after devouring and digesting prey, there would be little left that could petrify. Any surviving remains are also accessible to scavengers after the dinosaur's death and exposed to destructive environmental processes.

The fossil now examined shows a few other bones in addition to the foot, enclosed in the chest. The researchers write that other parts of the mammal may have been preserved. They deduce from the structure of the foot that the remains belong to a mammal.

The find, along with earlier discoveries, indicates that microraptors were not particularly picky about their food. "Knowing that they weren't locked into a specific prey is a big deal," says Larsson.

"The realization that Microraptor was a versatile carnivore opens up a new perspective on how these past ecosystems functioned and provides insight into the success of these small, feathered dinosaurs."

‹ ›
Keywords:
DinosaurierFossilienÖkosystemforschungÖkosystemeTexttospeechApple PodcastChinaFundGesundheit
Your comment has been forwarded to the administrator for approval.×
Warning! Will constitute a criminal offense, illegal, threatening, offensive, insulting and swearing, derogatory, defamatory, vulgar, pornographic, indecent, personality rights, damaging or similar nature in the nature of all kinds of financial content, legal, criminal and administrative responsibility for the content of the sender member / members are belong.
Related News