Dario Maldonado experienced an odyssey with his family: he fled from the autocratic government in his home country of Venezuela to neighboring Colombia and from there to the USA. 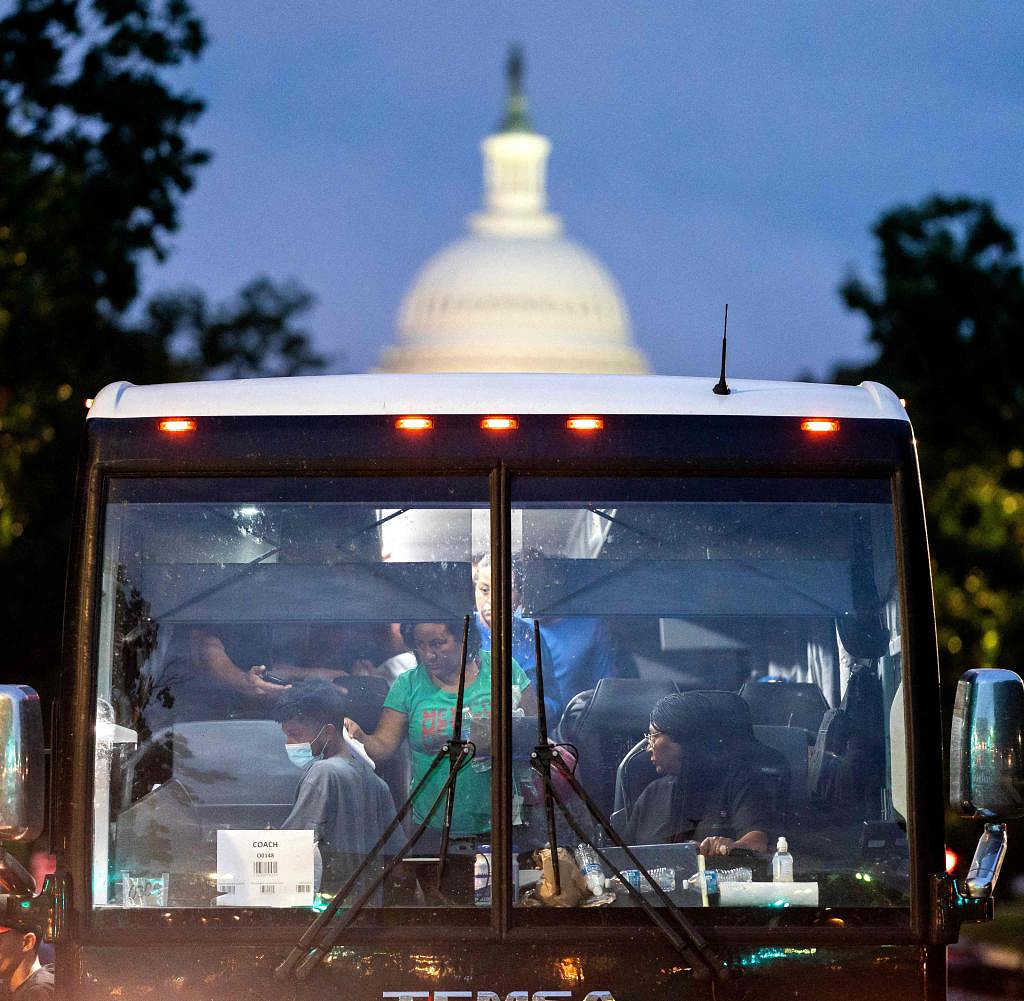 Dario Maldonado experienced an odyssey with his family: he fled from the autocratic government in his home country of Venezuela to neighboring Colombia and from there to the USA. The journey took him on foot through the Latin American jungle, always on the lookout for poisonous snakes and armed gangs. Sometimes he saw corpses along the way, of those who had died along the same route. Finally in the US, like thousands of asylum seekers, he got caught up in the political struggle over immigration policy.

The Republican governors of Texas and Arizona, Greg Abbott and Doug Ducey, have been sending migrants by bus to New York City and the capital Washington since the spring. That's where the Democrats could help them best, they argue, and don't try to hide their glee.

Because while cities like San Diego have long had experience in dealing with migrants and have built up the corresponding structures, the largest city in the USA and the capital were caught cold.

That opened up an opportunity for Abbot and Ducey to exploit what they see as the failure of the Democratic Party. They sent almost 8,000 people on the journey with state-sponsored buses. The needs of the new arrivals are overwhelming the social safety net in the two major cities that have asked the federal government for support.

"It can get chaotic. But we want to send a message: We're here to help, and we want to put politics aside," said New York City's immigration officer Manuel Castro as he welcomed recently arrived migrants.

The migrants can hardly understand the background of politics. Nor are they as important to them as finding housing, employment, and long-term prospects in the United States.

In a consent form for free transportation from Texas, migrants are told that the President and members of Congress in Washington are better able to meet the needs of the migrants. Anyone who signs for free transport to New York learns that the city has described itself as a haven for migrants who are provided with food and shelter there.

The sight of the two cities struggling to cope with the influx drew undisguised glee from Governor Abbott. He called New York City "an ideal destination for these migrants, who can obtain the many city services and housing that Mayor Eric Adams has boasted about."

Charities and church groups have started work in both cities. They support the newcomers, provide temporary housing, medical care and often a ticket to their next destination while they await an immigration court hearing.

"Many are fleeing persecution and other very difficult circumstances," says immigration officer Castro. They want to support them as much as possible and ensure that they are not used as political pawns.

On an August day, a bus carrying 41 Arizona migrants pulled up in front of a church in Washington's Capitol Hill neighborhood. There they are welcomed by employees of the international aid organization SAMU First Response. Minutes later they get a warm meal in the church and fill out the first forms.

The arrival of the buses from Texas can hardly be predicted, explains the organization's managing director, Tatiana Laborde. You only learn that a bus with a certain number of people left. About 48 hours later, this bus then dropped off the passengers at Union Station in Washington.

Arizona, on the other hand, provides detailed passenger manifests detailing travelers' nationalities, coordinates arrival times, and has medical staff on board every bus. "They don't want to just dump people here," says Laborde.

Many of those who arrive in Washington don't stay long. Mayor Muriel Bowser said most migrants traveled on to their final destination after up to three days. "They don't know much about D.C. other than the president is here," Laborde says.

In New York, many of the migrants make their way to the offices of Catholic Charities. Officials in Texas — it's unclear who — have given the office as the migrants' address. This stunned church officials in the New York diocese, which has now received more than 1,300 court orders on behalf of migrants.

This approach is amazing, says Kevin Sullivan, senior director of Catholic Charities Migration Services in New York: “I think maybe we were surprised and a little disappointed by the Texas and Arizona governments that just put people on buses to D.C. without having a plan for the other end.”