Repression in Iran: after Washington, the EU wants new sanctions

At least 92 people have been killed in Iran since September 16, according to the Oslo-based NGO Iran Human Rights, while authorities put the death toll at around 60, including 12 members of the security forces. 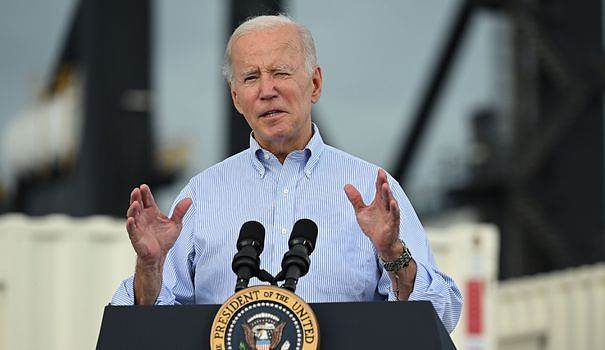 At least 92 people have been killed in Iran since September 16, according to the Oslo-based NGO Iran Human Rights, while authorities put the death toll at around 60, including 12 members of the security forces. Several hundred people were arrested.

Her death sparked a wave of protests in Iran and rallies in solidarity with Iranian women around the world.

After Canada and the United States, the European Union (EU) said on Tuesday that it wanted to sanction with "restrictive measures" the "murder of Mahsa Amini and the way in which the Iranian security forces reacted to the demonstrations".

“With the member states, we will continue to examine all the options at our disposal, including restrictive measures”, declared the head of European diplomacy Josep Borrell, in Strasbourg.

France had previously said it was working within the EU to freeze assets and ban Iranian officials from traveling.

On Monday, the White House announced new sanctions against Tehran, which reacted by castigating the "hypocrisy" of US President Joe Biden.

"This week, the United States will impose additional costs on perpetrators of violence against peaceful protesters," Biden warned. "We will continue to hold Iranian officials to account and support the right of Iranians to protest freely."

Mr. Biden gave no indication of the measures envisaged against Iran, already targeted by heavy American economic sanctions largely linked to its controversial nuclear program, which is also the subject of negotiations between Tehran and western powers.

"Joe Biden should have thought a little bit about his country's human rights record before talking about the humanitarian situation (in Iran), even if the hypocrisy does not require deep reflection," he said. Foreign Ministry spokesman Nasser Kanani said on Instagram on Tuesday.

"The American president should rather worry about the (consequences of) numerous sanctions (...) against the Iranian nation which clearly represent an example of a crime against humanity", he added.

Iran's Supreme Leader, Ayatollah Ali Khamenei, had already attacked Washington on Monday, accusing it, along with Israel - another sworn enemy - of having fomented the protest movement, the largest since that of 2019 against rising gasoline prices.

"I say clearly that these riots and the insecurity are the work of the United States, the usurping Zionist regime (Israel, editor's note), their mercenaries and certain traitor Iranians who helped them abroad", declared the ayatollah.

On Tuesday, Tehran Prosecutor General Ali Salehi announced the release of 400 detainees, who pledged "not to repeat their actions", he told the Irna news agency.

According to him, these prisoners acted "according to their emotions and are now aware of their actions".

On the contrary, "for the rioters who acted against national security and disturbed the order and safety of the people, there will be decisive and serious legal action, without leniency", he promised.

Singer Shervin Hajipour, arrested after his pro-protest song went viral, has been released on bail, an Iranian prosecutor said earlier.

Human rights organizations have denounced the violent repression in particular against students during incidents which occurred overnight from Sunday to Monday at the Sharif University of Technology in Tehran, the most prestigious in Iran.