Repatriation of families of jihadists: France condemned by the ECHR

"In execution of its judgment, the Court specifies that it is incumbent on the French government to resume the examination of the applicants' requests as soon as possible by surrounding it with the appropriate guarantees against arbitrariness", indicated the Grand Chamber of the ECHR, its highest body. 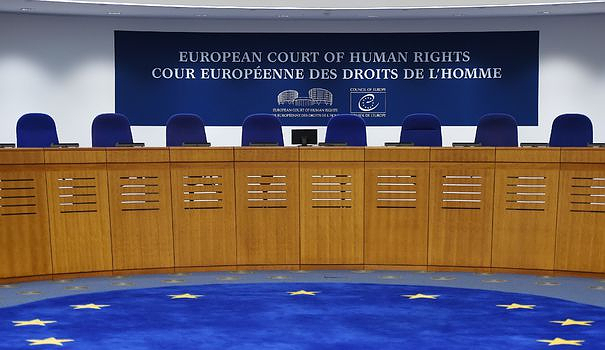 "In execution of its judgment, the Court specifies that it is incumbent on the French government to resume the examination of the applicants' requests as soon as possible by surrounding it with the appropriate guarantees against arbitrariness", indicated the Grand Chamber of the ECHR, its highest body.

The Court based in Strasbourg (eastern France) asks that "the rejection of a request for return presented in this context must be able to be the subject of an individual examination (...) by an independent body", without it is necessarily "a judicial body".

Paris will have to pay 18,000 euros to one of the applicants' families and 13,200 euros to the other for costs and expenses.

"It's the end of the act of the prince and the end of arbitrariness", commented Me Marie Dosé, one of the lawyers of the four applicants, parents of two young French women stranded in camps in Syria with their children.

They had asked the French authorities in vain for the repatriation of their relatives, before resolving to seize the European jurisdiction, believing that their daughters and grandchildren were exposed in the Syrian camps to "inhuman and degrading treatment".

Their daughters had left France in 2014 and 2015 to join Syria where they gave birth to two children for one, one for the other. Now aged 31 and 33, they have been detained with them since the beginning of 2019 in the Al-Hol and Roj camps (northeast).

The Court concluded that Paris had violated Article 3.2 of Protocol 4 of the European Convention on Human Rights, a text which stipulates that "no one may be deprived of entering the territory of the State whose is the national".

France "could not prohibit the access of French nationals to (its) territory (...) These were arbitrary decisions" and Paris "must re-examine the requests for repatriation", welcomed Me Dosé.

She recalls that France had already been pinned in February by the UN Committee on the Rights of the Child, which considered that it had "violated the rights of French children detained in Syria by failing to repatriate them".

Me Dosé asks for the repatriation of all the remaining women and children: "In three operations, it's done", she believes.

However, the ECHR did not consecrate with this judgment a systematic right to the repatriation of nationals, in particular linked to jihadism: "the Court considers that the French citizens detained in the camps in north-eastern Syria are not entitled to claim the benefit of a general right to repatriation", specifies the court.

On the other hand, it may have to do so in "exceptional circumstances", such as when "physical integrity" is at stake or when a child finds himself "in a situation of great vulnerability", as is the case in the present file.

This judgment, which primarily targets France, also concerns the other member countries of the Council of Europe and their nationals detained in Syria.

At the reading of the judgment by the President of the ECHR Robert Spano, in addition to the representative of France, representatives of other countries (Denmark, Sweden, United Kingdom, Norway, Netherlands, Spain) were thus present.

Elsewhere in Europe, countries like Germany or Belgium have already recovered most of their jihadists. For its part, to the chagrin of families and NGOs, Paris has long favored the "case by case".

But in early July, France brought back 35 minors and 16 mothers, the first massive repatriation since the fall in 2019 of the "caliphate" of the Islamic State (IS) group. Until then, only a few children had been brought back.

"We did not wait for the decision of the ECHR to move forward," reacted the spokesperson for the French government, Olivier Véran, after the Court's judgment.

“We have already changed the rules for the examination and repatriation of French nationals who are still in north-eastern Syria. Each file, each human situation in the end is the subject of careful and meticulous examination”, a he insisted.

Today, there remain a hundred French women and nearly 250 children in camps in Syria.