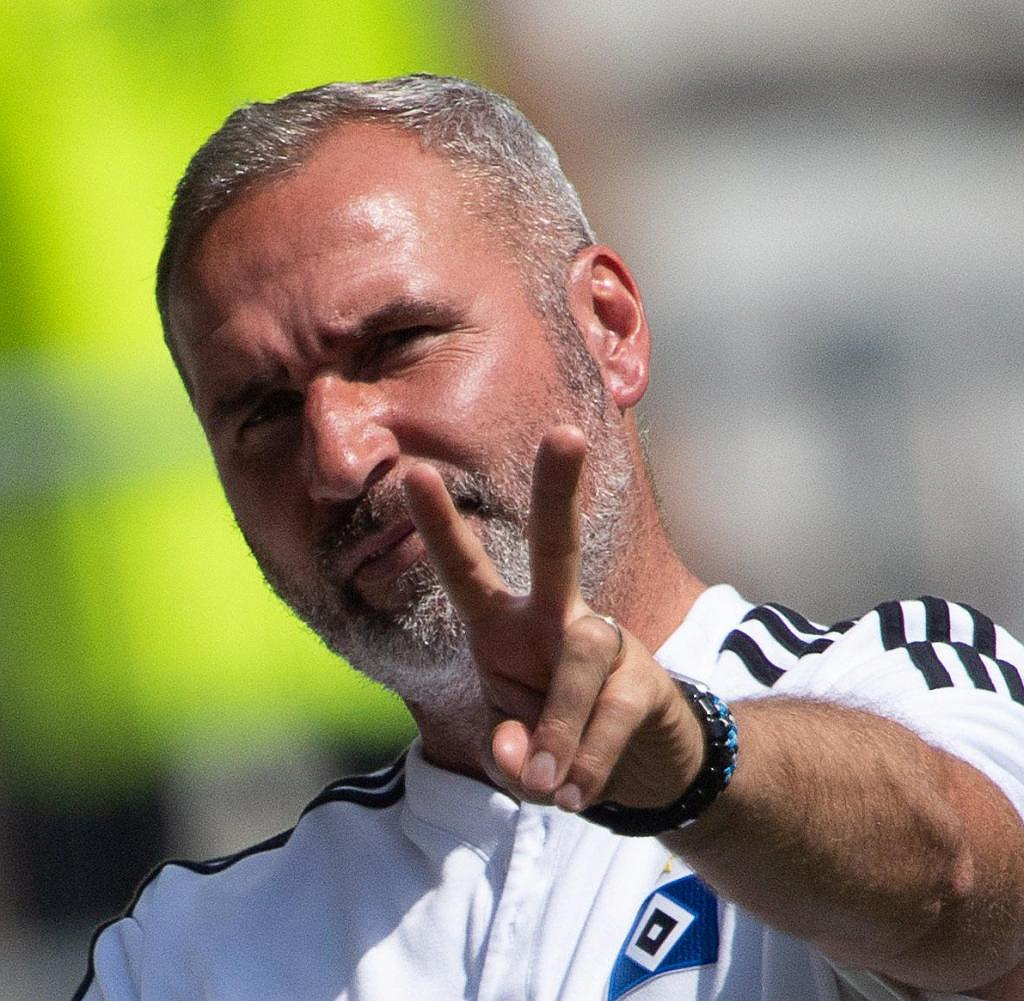 Hamburger SV doesn't want Klaus-Michael Kühne's 120 million euros, but he definitely wants the three points against SV Darmstadt 98 on Friday evening. "We're willing to live up to our role as favourites," said coach Tim Walter, considering the entire season. The coach is not worried at the moment. This can be seen from his wishes. "A fan wouldn't be bad," says the man from Baden, considering the past hot days. Otherwise he calmly says: "We are on the right track."

The attraction of Friday evening (6.30 p.m. / Sky) lives to a large extent from the tension caused by the promotion rival from Darmstadt. Four teams are currently leading the table in the 2nd Bundesliga with nine points, including Hesse and Hamburg. HSV already had a promotion aspirant in 1. FC Heidenheim (1-0), now the next test of strength follows. "It's going to be a tough one," says Walter.

Football in the Volkspark is a refreshing change in the days of disputes, blame and demands on the board of the club. The fans can rest easy at first. Your HSV will not be served to billionaire Klaus-Michael Kühne on a silver platter. Marcell Jansen, chairman of the supervisory board and president of the e.V., rejects the ten-point catalog of demands of the 85-year-old Swiss-by-choice for a selfish donation of millions.

"Not feasible in this form," says Jansen. Give money, take power - this formula has no chance because of the stubborn resistance of the members. They defend the current 75.1 percent of AG shares. Getting trimmed down to 50.1 percent, as Kühne envisages, is not an option for her. But Jansen wants to talk a bit with the wayward billionaire. Maybe there's a way to exchange some money for very little power.

Since storm and snow are not expected on Friday evening, more than 40,000 spectators are allowed into the stadium again. Good news: The dilapidated roof will be replaced soon. The association is thus forestalling the imminent withdrawal of the operating license. Main sponsor Hanse Merkur grants HSV a 23 million euro loan if it can present guarantors for the loan deal. The renovation and modernization should start in the league break in November. This means that Hamburg can remain a location for the EM 2024. Nothing has been signed yet, but: A little relaxation lies over the Volkspark.

The new winger Jean-Luc Dompé could already be on the HSV bench against Darmstadt. On Thursday, the club made the commitment perfect. The 27-year-old Frenchman comes to Hamburg from the Belgian first division club SV Zulte Waregem for three years. A dream player for Walter. And more reinforcements (a right-back, a striker) are to come. Bakéry Jatta, Anssi Suhonen and Xavier Amaechi are also back in training.

Walter is satisfied with the season-wide record: eight wins and only one defeat in the past nine league games. "That's good," praises the coach, but demands more: "We always want to get better. Even more consistent, even more goal-oriented.” Darmstadt 98 should feel it. However: Of eight home games against Hessen, HSV only won the first two: in 1978 and 1981. After that there were only two draws and four defeats.

‹ ›
Keywords:
HamburgLauterbachJörnHamburger SVZweite LigaFußballVolksparkTim WalterHessenSV Darmstadt 98FußballBundesligaSV Zulte WaregemFussballHSV
Your comment has been forwarded to the administrator for approval.×
Warning! Will constitute a criminal offense, illegal, threatening, offensive, insulting and swearing, derogatory, defamatory, vulgar, pornographic, indecent, personality rights, damaging or similar nature in the nature of all kinds of financial content, legal, criminal and administrative responsibility for the content of the sender member / members are belong.
Related News