“Relatively calm” night in Alençon after the violence the day before

During the night from Wednesday to Thursday, four light vehicles were "burnt" but no "rioter" was "nearby" and "a few mortar fire towards the CRS" were observed but "without any damage", a told AFP the public prosecutor of Alençon Laëtitia Mirande. 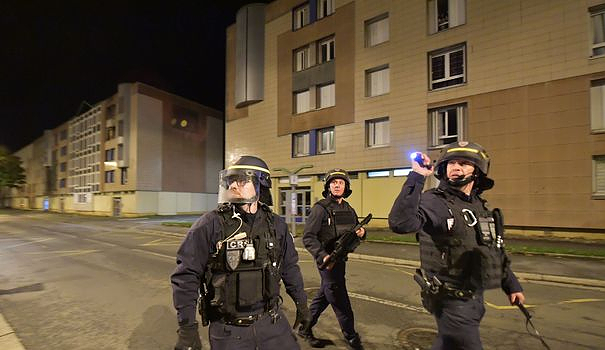 During the night from Wednesday to Thursday, four light vehicles were "burnt" but no "rioter" was "nearby" and "a few mortar fire towards the CRS" were observed but "without any damage", a told AFP the public prosecutor of Alençon Laëtitia Mirande.

The previous night, "from 11:00 p.m. to 2:30 a.m., around thirty unidentified individuals dressed in black" had "set on fire around twenty cars", in this working-class district of Alençon, recalled Ms. Mirande in a press release released Thursday morning.

The police who came to secure the intervention of the firefighters had been the subject of "multiple mortar fireworks, which did not cause any injuries", according to the magistrate.

"No arrest has yet taken place and investigations are underway," said Mirande.

Wednesday evening, the district of Perseigne was under reinforced surveillance, had noted an AFP photographer. Checkpoints were set up at the entrances to the neighborhood and pedestrian or motorized patrols were carried out, the photographer also noted.

The violence of the night of September 27 to 28 "follows the arrest, on September 27, 2022, of an individual living in the Perseigne district for acts of refusal to comply, outrages, rebellion, death threats and refusal to submit to alcohol and drug checks,” Mirande added.

This man "was accompanied by an individual subject to an arrest warrant issued by the investigating judge at the Alençon judicial court in the context of another procedure. This individual fled", according to the press release.

The prosecutor also confirmed the link between this violence and the drug trafficking mentioned Wednesday by the prefect of Orne.

“This urban violence can also be linked to an operation carried out on September 23. Two individuals had been arrested in connection with drug law violations,” explained Ms. Mirande.

These two men were "both sentenced to 7 and 10 months of imprisonment with an ab initio arrangement in house arrest under electronic surveillance", according to her.