Reindustrialisation, collateral victim of the war in Ukraine

It was supposed to be a showcase. 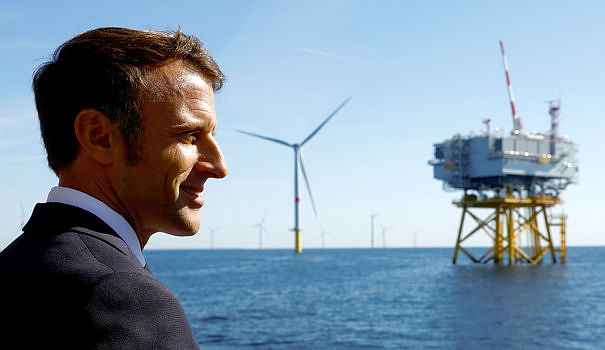 It was supposed to be a showcase. Better, the example to follow in the tough battle to reindustrialize the country. In 2019, the aeronautical equipment manufacturer Safran announced with great fanfare a major industrial investment in Feyzin, in the Rhône, about fifteen kilometers from Lyon. A 250 million euro project to build from scratch an ultramodern factory to manufacture carbon brake discs for aviation. Nearly 200 jobs were promised. Las!, the pandemic delayed the construction site for almost two years.

And now it's the war in Ukraine and soaring gas and electricity prices that could bury it. In a subtle paraphrase that says a lot about the company's intentions, one of Safran's executives said recently that, in the current European context, "it might not necessarily be rational to choose France"... Suffice to say that Feyzin can still wait to see a new plant bloom on its territory.

Who benefits from the crime? In the United States, where the French group could well open its new brake manufacturing site. There will be other Feyzins, in chemicals, aluminum, glass, steel: America appears to be the big winner of the energy shock that is shaking the Old Continent, and not just because we are buying from it at a high price. millions of cubic meters of liquefied natural gas. In September, the market price of gas was 7 times higher in Europe than in the United States. The gap was only 2 in 2019, according to Rexecode calculations.

In whole sections of the economy, European competitiveness is simply swept away despite the rapid depreciation of the euro against the dollar. While the noise of boots is becoming more and more threatening at the gates of the EU, reindustrialization could be the collateral victim of the conflict. Mezza voce, a new map of globalization is taking shape. For decades, the cost of labor dictated the location of factories. Tomorrow, it is those of energy who will make the difference and impose choices in a context where the impact of carbon emissions will be paid for in cash. The question is on the table of all the staffs of the major European industrial groups.

To this, Germany has responded with aid of 25 billion euros for the most energy-intensive companies, i.e. nearly 25,000 companies, and is working on aid that would benefit all SMEs... For the time being, France, which has already put a little more than 40 billion euros on the table for the "tariff shield" for households, refuses to do so. Too expensive for the finances of the State, answers Bercy. This is to forget that the consumer is also the employee.