Overshadowed by allegations of racism at the British court, heir to the throne Prince William and his wife Kate have begun their first visit to the United States in eight years. 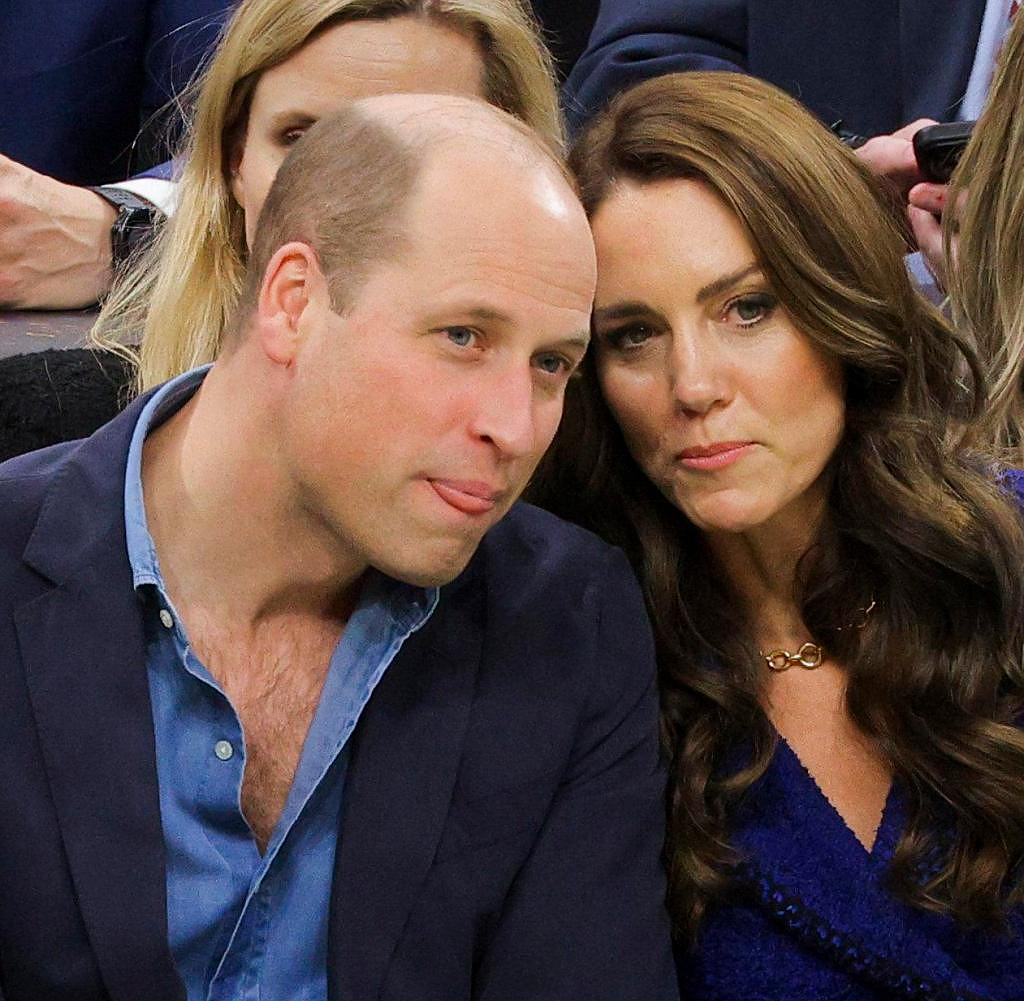 Overshadowed by allegations of racism at the British court, heir to the throne Prince William and his wife Kate have begun their first visit to the United States in eight years. In Boston on Wednesday, the Prince and Princess of Wales met Mayor Michelle Wu and Governor-elect Maura Healey at City Hall before attending a basketball game afterwards.

The couple watched the Boston Celtics vs. Miami Heat from the front row on Wednesday night. "Let's go Celtics, let's go," tweeted the official Kensington Palace account. Nevertheless, British media reported that there should have been isolated boos.

At half-time, the pair honored 15-year-old environmental activist Ollie Perrault as a "heroine among us." Then this Thursday, the couple wants to visit a start-up that supports the development of climate technology and an organization that wants to protect young people from involvement in gang crime. A meeting with US President Joe Biden is planned for Friday.

Meanwhile, Williams' godmother Susan Hussey's comments to the black charity activist are still causing a stir. Ngozi Fulani, a prominent advocate for victims of domestic violence, attended a reception organized by King Consort Camilla to raise awareness of violence against women and girls.

Without naming Hussey, she later tweeted how Hussey approached her after revealing that she was born, raised and British in the UK. They asked her: "Where do you really come from, where do your people come from?"

She then felt compelled to explain that she had "African roots" and "Caribbean descent". At the same time, however, she once again emphasized that she was a British citizen. The exchange left her with "mixed feelings," said the executive director of the London-based movement Sistah Space. To date, no one from the royal family has personally asked her for forgiveness or contacted her, Fulani said in a TV interview on Thursday.

Hussey, 83, is a member of the Royal Household and was a long-time lady-in-waiting to the former Queen Elizabeth II. She is one of Prince William's six godparents.

Buckingham Palace apologized for the incident on Wednesday. The comments were "unacceptable and deeply regrettable," the palace said. The person concerned apologized for the damage caused and had resigned from their voluntary work.

A spokesman for Prince William and his wife Kate also commented on the incident in Boston. "These statements were unacceptable," said the spokesman. It is correct that the person concerned resigned "with immediate effect". Prince William was not involved in the decision, but believes that it is correct.

For the heir to the throne, the embarrassing incident is a major setback for the trip, which was planned perfectly down to the last detail. William's brother Prince Harry and his wife Meghan had also accused unnamed members of the royal family of racism in the past. In a TV interview, they reported that Meghan's African-American mother had speculated loudly in the palace about how dark-skinned Meghan's unborn son would be. At the time, William emphasized that the royals were "not a racist family".

A meeting of the two brothers during William and Kate's trip to the USA is not on the official agenda. Since Harry's marriage to Meghan in 2018, the two brothers have become increasingly estranged. In 2020, Harry and Meghan turned their backs on royalty and Britain and moved to the United States. Ironically, the couple will soon be expressly honored for their anti-racist commitment. Both receive the "Ripple of Hope" award from the Robert F. Kennedy Foundation, partly because they addressed "structural racism" in the British royal family, according to media reports.

Not an easy time for Harry's older brother William. The three-day trip of the British heir to the throne and his wife should actually be all about climate change: the highlight will be the presentation of the Earthshot Climate Prize created by William in the MGM Music Hall in Boston on Friday evening.

The prize is awarded in five categories, each worth one million pounds. Many stars are expected to attend the event, including singer Billie Eilish and actor Rami Malek.

Discussions with government officials and charities on environmental and social issues and a visit to a laboratory specializing in green technologies are also planned. "We both look forward to hearing about how the people of Massachusetts are innovatively tackling climate change over the next few days," William said Wednesday.

‹ ›
Keywords:
NewsteamGroßbritannienWilliam (Prinzgeb.1982)RassismusHarry (Prinzgeb.1984)TexttospeechUSAMichelle WuMaura HealeyBoston CelticsBuckingham PalastMassachusettTwitterGewaltRassismusvorwurfSchmuck
Your comment has been forwarded to the administrator for approval.×
Warning! Will constitute a criminal offense, illegal, threatening, offensive, insulting and swearing, derogatory, defamatory, vulgar, pornographic, indecent, personality rights, damaging or similar nature in the nature of all kinds of financial content, legal, criminal and administrative responsibility for the content of the sender member / members are belong.
Related News