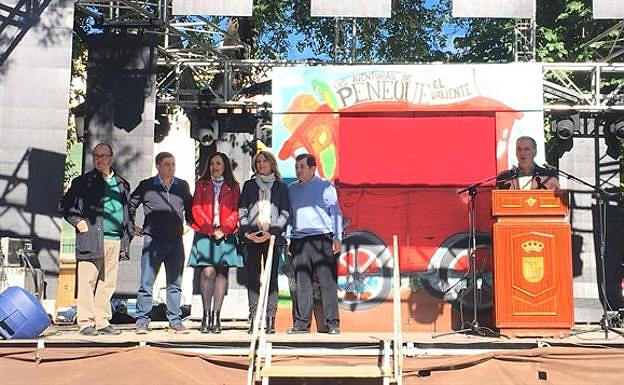 Quesada's Jaen municipality is hosting a solidarity festival. All proceeds will be used to help Guatemalans recover from the devastating effects of the Volcano of Fire eruption in June.

"This charity festival appeals for the solidarity of administrations, all Quesada residents, and all citizens of Jaen in order that, among us, we do our part for the laudable works of 'Quesada Solidaria’ in Guatemala and, in that way, our small contribution becomes an indispensable help that can improve these people's conditions," the president of Jaen Provincial Council stated in a statement.

Reyes was very proud of the work this NGO is doing in Nicaragua and Guatemala. "Through different educational, socio and health projects that have enabled the most disadvantaged people access medicine, receive surgery or have a place to call home, Reyes said."

The festival's main activities will be held on Saturday. It began Friday with a football match, followed by a screening of a film. Different initiatives, including workshops and children's activities, musical performances, an exhibit of classic cars, a tapas market, and charity markets, will take place on Saturday.

President of Diputacion de Jaen encouraged Quesada residents to attend this festival, because "the small help you provide means a great deal for the people of Guatemala affected by the volcano, fire. As you know, Quesada Solidaria has already donated 10,000 kilos material, furniture, and equipment to the victims.

Francisco Reyes also reminded us that the Provincial Council supports the projects in this region, including the construction of ten homes or a nursery in Ecuintla, Guatemala.

In 2012, the NGO Quesada Solidaria was founded. It has been active in Central America with multiple expeditions per year, made up of professionals from Andalusian Healthcare Service and the cooperation of the Board.

In a statement, the Board highlighted that the Andalusian government has already acknowledged the work of "Quesada Solidaria", with the delivery of Flag of Andalusia 2014 for the altruistic works it has been doing in providing health aid and taking on new educational projects. Social.

‹ ›
Keywords:
QuesadaCelebraFestivalBeneficioPoblacionGuatemaltecaAfectadaErupcionVolcan
Your comment has been forwarded to the administrator for approval.×
Warning! Will constitute a criminal offense, illegal, threatening, offensive, insulting and swearing, derogatory, defamatory, vulgar, pornographic, indecent, personality rights, damaging or similar nature in the nature of all kinds of financial content, legal, criminal and administrative responsibility for the content of the sender member / members are belong.
Related News