Queen has left Buckingham Palace for the last time

Queen Elizabeth II left Buckingham Palace for the last time: the coffin containing the remains of the British Queen was carried in a procession from London's Royal Palace to the Palace of Westminster on Wednesday. 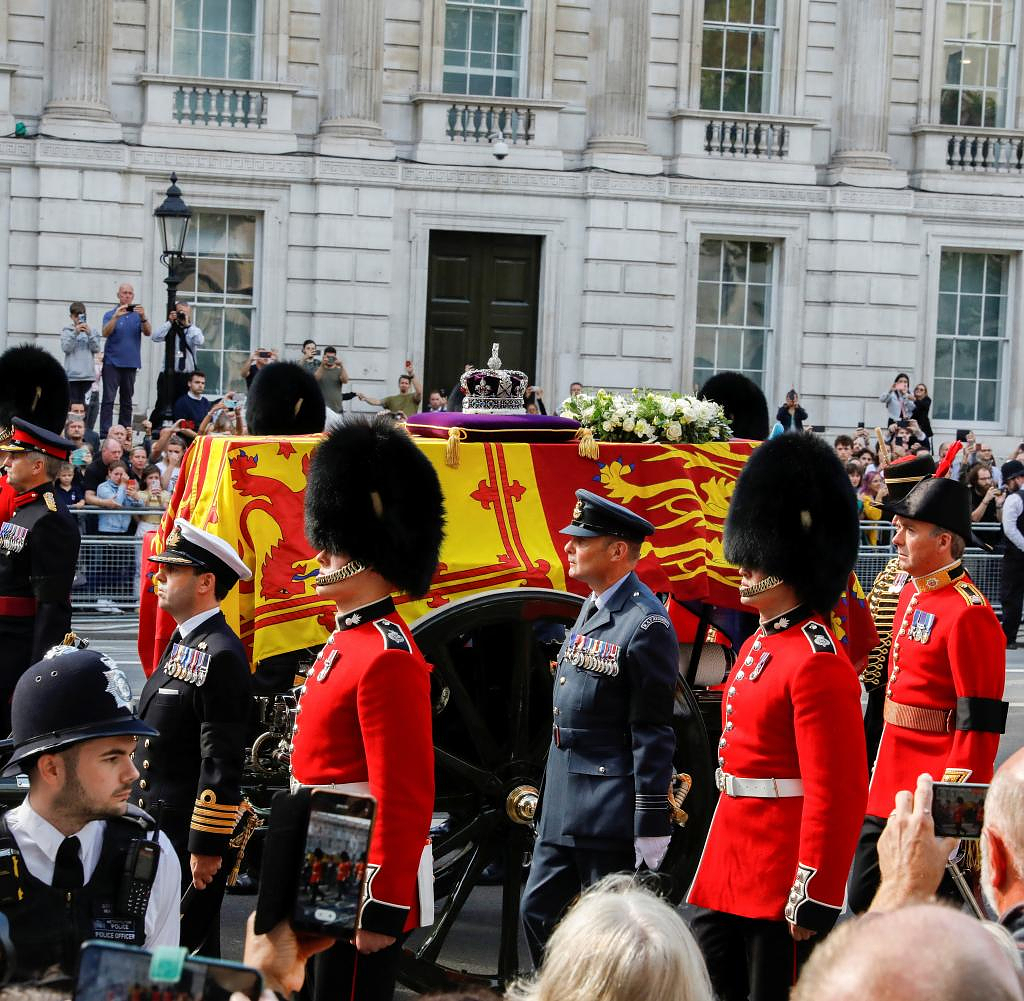 Queen Elizabeth II left Buckingham Palace for the last time: the coffin containing the remains of the British Queen was carried in a procession from London's Royal Palace to the Palace of Westminster on Wednesday.

The carriage carrying the coffin, pulled by six horses, set off punctually at 2:22 p.m. local time (3:22 ​​p.m. CEST). Big Ben's bell rang and gun salutes were fired every minute in Hyde Park. The coffin was decorated with the royal standard, on top lay a floral arrangement and the royal crown.

King Charles III walked behind the coffin. and his siblings Anne, Andrew and Edward and his two sons. The sight of heir apparent Prince William and his younger brother Prince Harry brought back memories of Princess Diana's death 25 years ago. At that time, 15-year-old William and 12-year-old Harry walked with bowed heads behind the coffin of their mother, who had died in an accident.

Thousands of people who had waited for hours along the route held up cellphones and cameras, some wiping tears as the procession passed. An escort of two officers and 32 soldiers of the 1st Battalion Grenadier Guards in red uniforms and bearskin hats stalked on either side of the gun carriage.

"She was amazing," said Joan Bucklehurst, 50, from Cheshire, north-west England. "So we had to be here. We have stayed here a few times for special occasions but this time I couldn't miss it.”

For the Queen's funeral procession, the palace's detailed specifications provided for exactly 38 minutes for the one and a half kilometer route. In order to ensure “quietness during the procession”, air traffic was restricted, according to Heathrow Airport.

After almost 40 minutes, the coffin reached Parliament, where it was to be laid out in Westminster Hall for four days. From Wednesday evening until early Monday morning (7.30 a.m. CEST), citizens can pay their last respects to the Queen. The first mourners had already arrived on Monday to queue. Some of those waiting were therefore equipped with blankets, camping chairs, tents and rain ponchos.

The funeral service for the Queen with state guests from all over the world will take place on Monday at Westminister Abbey. The Queen will then be buried at Windsor Castle. Air traffic will also be restricted on this day, as announced by Heathrow Airport.

With the death of Elizabeth II and the accession of Charles III. begins a new era in the UK. Charles spoke to US President Joe Biden on the phone on Wednesday. As the White House announced, Biden expressed his condolences to the king on the death of his mother and expressed his desire to continue the "close relationship" with the British royal family.