The disappearance of the sovereign, whose state of health had deteriorated for a year, is sure to arouse immense emotion in the United Kingdom and in the world. 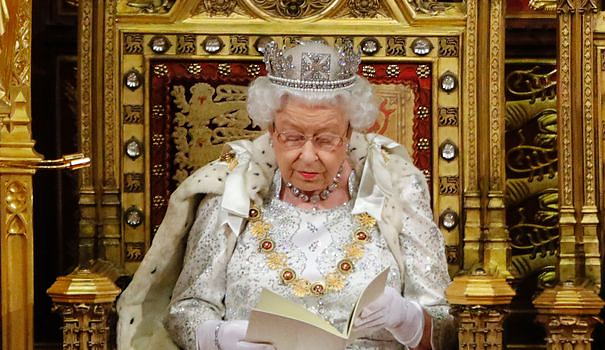 The disappearance of the sovereign, whose state of health had deteriorated for a year, is sure to arouse immense emotion in the United Kingdom and in the world. His son and heir acceded to the throne at the age of 73 with the name of Charles III.

"The Queen died peacefully at Balmoral this afternoon. The King and Queen consort will remain at Balmoral this evening and return to London tomorrow," Buckingham Palace said in a brief statement.

A symbol of stability, having crossed eras and crises imperturbably, she had rubbed shoulders, since the death of her father George VI in 1952, when she was only 25, with Nehru, Charles de Gaulle and Mandela who called her "my friend ".

During her reign, she witnessed the construction and then the fall of the Berlin Wall, and met 12 American presidents.

She had just named her 15th Prime Minister, Liz Truss, on Tuesday, the occasion for a last photo, frail and leaning on a cane.

Throughout her 70 year reign, the longest in British history, she fulfilled her role with an unwavering sense of duty.

She had been able to keep over the crises crossed by her kingdom and royalty, massive support from the British, who came by the tens of thousands to see her for a few minutes on the balcony of Buckingham Palace last June for her platinum jubilee, celebrations of his 70 years of reign to the tunes of farewell.

The flags were lowered above Buckingham Palace in London, where some of those present burst into tears. "God Save the Queen" was played on the BBC.

“The death of my beloved mother, Her Majesty the Queen, is a moment of very great sadness for me and all the members of my family,” Charles III said in his first statement as sovereign. "We deeply mourn the passing of a cherished sovereign and beloved mother. I know her loss will be deeply felt throughout the country, kingdoms and commonwealth, and by countless people around the world." .

On the steps of 10 Downing Street, the Prime Minister paid tribute to a sovereign "loved and admired throughout the world". "Her Majesty's death is a huge shock to the nation and the world," she said, calling on Britons to "unite in support" of the new king.

Abroad, tributes poured in. Emmanuel Macron hailed "a friend of France, a queen of hearts" having "forever marked his country and his century". Joe Biden, received by Elizabeth II last year, paid tribute to "a stateswoman of incomparable dignity and constancy", claiming to want "to continue a close relationship of friendship with the king and queen consort".

The death of the sovereign, who had limited appearances for one night in the hospital in October 2021 and had recognized difficulty in moving around, opens a period of national mourning, until her funeral in ten days.

Televisions and radios interrupted their programs to announce the death of the sovereign, widowed since the death in April 2021 of her husband Philip.

The flags were lowered and the church bells rang to mark the disappearance of the one who, very religious, was also the head of the Anglican Church.

"I am speechless, it's very sad," said Rory Turbet, a 38-year-old lawyer, interviewed by AFP on a train between London and Edinburgh, where the death of the sovereign was announced by loudspeakers. "We only knew her".

His wife Hannah presents herself as a non-monarchist but admits: "It's a historic moment".

Elizabeth II was at her death head of state of 15 kingdoms, from New Zealand to the Bahamas, which she traveled throughout her reign, always dressed in matching outfits, often in bright colors.

She is above all for the vast majority of her subjects the only sovereign they have ever known, present on banknotes, stamps (which will have to change their face) and subject to the permanent attention of the tabloids.

She preserved the institution despite several crises, including the death in 1997 in Paris of Charles' ex-wife, Diana, chased by paparazzi. Elizabeth II had been accused of lacking compassion in the face of the immense emotion aroused by the disappearance of "the people's princess".

The future of the monarchy looks more complicated with Charles, whose popularity is much lower. The British prefer Prince William, now heir to the crown, and his wife Kate.

Elizabeth Alexandra Mary Windsor was not destined to become queen when she was born on April 21, 1926. But at the end of 1936, her uncle Edward VIII abdicated, preferring to marry Wallis Simpson, a twice-divorced American.

Elizabeth's father then becomes King George VI and she becomes heir to the Crown. On February 6, 1952, while on a trip to Kenya, she learned of the death of her 56-year-old father. She returned immediately to the United Kingdom, then was crowned on June 2, 1953.

Distant with her four children - Charles, born in 1948, Anne (1950), Andrew (1960) and Edward (1964) - Elizabeth II was still honoring hundreds of commitments each year after 90: inaugurations of all kinds, receptions at Buckingham, presentations of decorations or awards.

Charles will have a lot to do to preserve the attachment of the British to the monarchy, an institution that some consider outdated but whose prestige Elizabeth II had managed to maintain.

He acceded to the throne at a time when the unity of the United Kingdom is cracking, under the effect of Brexit, which has awakened the desire for independence in Scotland and community tensions in Northern Ireland. In the former British colonies that remained kingdoms, criticisms are also strong on the colonialist past and the republican inclinations are reinforced.