The royal hearse is due to leave Balmoral, the residence where the monarch loved to spend the summer, at 10 a. 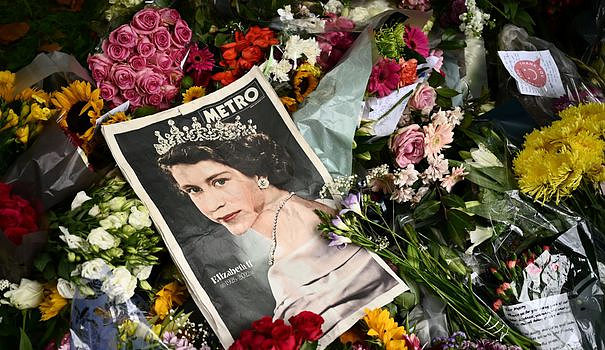 The royal hearse is due to leave Balmoral, the residence where the monarch loved to spend the summer, at 10 a.m. (9 a.m. GMT) by road, to arrive in Edinburgh, the Scottish capital, around 4 p.m. (3 p.m. GMT) after a trip of nearly 300 kilometers.

A large crowd is expected on the route of the funeral procession, to greet one last time the one who had reigned for 70 years and 7 months, a familiar and reassuring presence, but still mysterious, having passed through times and crises imperturbable.

The crowd was asked not to throw flowers as the convoy passed, so as not to disturb the precise layout of the last trip of the 96-year-old sovereign, much loved in the United Kingdom.

The hearse will first stop in Ballater, the village very close to the castle, then in Aberdeen and Dundee before reaching Edinburgh.

The coffin will spend the night there in the throne room of Holyroodhouse, the official royal residence in Scotland.

On Saturday, Buckingham Palace confirmed that the state funeral would take place on September 19 at Westminster Abbey in London, a mecca for royal weddings, coronations and burials for nearly a millennium.

It was there that the one who was still only Princess Elizabeth had married in November 1947 to 21-year-old Philip Mountbatten. This is where she was crowned on June 2, 1953.

Dignitaries from around the world are expected there for the funeral, including US President Joe Biden.

Tens of thousands of people are also expected to pay their last respects to him at the Palace of Westminster, where his coffin will rest from September 14 to 19, before the funeral which will begin at 10:00 GMT on the 19th, a public holiday in the United Kingdom.

His grandson William, now heir to the throne and now Prince of Wales, paid him a moving tribute on Saturday.

"She was by my side in my happiest times. And she was by my side during the saddest days of my life. I knew this day was coming, but it's going to take time to get used to the reality of life without Grandma," he said in a statement.

"My grandmother said that grief was the price to pay for love. All the sadness we will feel in the weeks to come will be a testament to the love we have for our extraordinary Queen. I will honor her memory by supporting my father, the king, in every possible way".

- William, Harry and their wives -

The prince then created a surprise by going with his wife Kate, but also his brother Harry and his wife Meghan to admire the flowers placed in front of Windsor Castle in tribute to Elizabeth II.

The two couples are notoriously cold, Harry and Meghan now settled in California. They had not been seen together in public for more than two years and their walkabout was greeted with applause.

"All 4 One", decided to headline the tabloid The Sun for its Sunday edition, with an image of the quartet on the front page, also on the front page of all British media sites on Saturday evening.

The children of Charles III thus almost eclipsed their father, son heir to the queen, who had been proclaimed king in the morning, according to a centenary ceremonial, televised for the first time, after having automatically become king on Thursday at the announcement of the death. .

"Prince Charles Philip Arthur George is now, by the death of our sovereign lady of happy memory, become our Charles III... May God preserve the King", proclaimed the Council of Accession, protocol assembly gathered at the Holy Palace James. In attendance were, in addition to Prime Minister Liz Truss, her six predecessors, from John Major, 79, to Boris Johnson.

The king promised to follow in the footsteps of his mother, to whom he again paid homage.

"My mother's reign was unequaled in its duration, devotion and devotion (...). I am deeply aware of this great heritage, the duties and the heavy responsibilities of sovereignty, which are now transmitted to me", said Charles III.

Increasingly frail in recent months, the queen has devoted her life to the monarchy. On Tuesday, she was still working, receiving in audience the resigning Prime Minister Boris Johnson, and the new Prime Minister Liz Truss, whom she had asked to create a new government.

The monarch had, however, remained at Balmoral for these audiences, too weak to travel.

In Edinburgh, around Holyroodhouse, preparations were well underway on Saturday to welcome the late monarch.

All along the Royal Mile, and around Saint-Gilles Cathedral, which will host the Queen's coffin on Monday, barriers have been placed.

Platforms have been installed, which will accommodate the cameras immortalizing the procession.

Laura Burns, 49, educational assistant came to see the preparations with her sons. "I told the boys that we were living the story. And since we are here, we wanted to go down where it will pass, on the road to its final rest," she told AFP. .

"She reminded me very much of my own grandmother in her strength. She will be sorely missed, but life goes on. And I believe that Charles III and his wife Queen Consort, Camilla, will do a wonderful job, because it is a job, and it's a job for life".