Quebecers renew the nationalist coalition in place since 2018

More than 6 million voters were called to the polls to elect the 125 members of the National Assembly of Quebec. 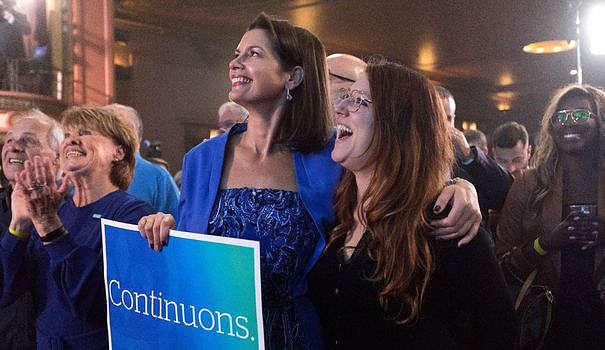 More than 6 million voters were called to the polls to elect the 125 members of the National Assembly of Quebec.

Behind the other parties were very far behind with in second position the Liberal Party of Quebec (PLQ, center-left) which won 22 seats, which constitutes the worst results for the party which ruled Quebec nearly fifteen years before. 2018.

"Quebecers have sent a strong message", enthused François Legault in his speech at the end of the evening which promised "to be the Prime Minister of all Quebecers" after a very divisive campaign.

"It's a historic victory," he continued before evoking education and the economy as priorities in front of his supporters gathered on the red carpet of a theater in Quebec. "We must continue to create wealth in Quebec because it gives us the means. We have an exceptional opportunity to make Quebec a leader in the green economy."

Four years ago, this ex-multimillionaire businessman came to power by succeeding in his bet to impose a "third way".

Neither separatist nor federalist, the founder of the airline Air Transat claims a "business" approach to politics and nationalist values.

- Montreal and the rest of Quebec -

But the map of the results shows a province strongly divided between Montreal, a large multicultural city, and the rest of the territory. The party in power has only one member on the territory of the Quebec metropolis, bastion of the Liberal Party and Quebec solidaire (left).

Another highlight: for the first time, an Aboriginal MP will sit in the Quebec National Assembly. Member of the ruling party, Kateri Champagne Jourdain rejoiced in front of the press to "mark the history" of Quebec.

The question of Quebec identity agitated the campaign with a party in power which multiplied the sensational declarations. After his victory, he recalled that it was necessary to "promote French". "It is my task as Premier of Quebec."

It would be "a bit suicidal" to accept more newcomers given the decline of French, he said during the campaign after linking violence and immigration.

Its Minister of Immigration, Jean Boulet, went so far as to affirm that "80% of immigrants do not work, do not speak French or do not adhere to the values ​​of Quebec society".

Words that resonated particularly with the province's aging population. For Alain Gravel, 55, the issue of immigration is important, as are economic issues in a context of galloping inflation in Canada.

"We know that there are a lot of illegal immigrants who come. We absolutely have to find a way to close the gaps" between the United States and Canada, he told AFP after voting. .

With the glaring labor shortage facing the province of nearly 8.5 million inhabitants, the issue of immigration is also a real economic issue.

Even before the announcement of the final results, Canadian Prime Minister Justin Trudeau said he was "impatient to continue working" with François Legault, referring to the "green economy" project, "the fight against climate change", and the issue of "labour shortage".

“I am delighted to see my friend, Premier @francoislegault receive another strong mandate from Quebecers,” tweeted Doug Ford, Premier of Ontario, the neighboring province.