Quebec re-elects the right-wing coalition in place since 2018

More than 6 million voters were called to the polls to elect the 125 members of the Assembly of Quebec. 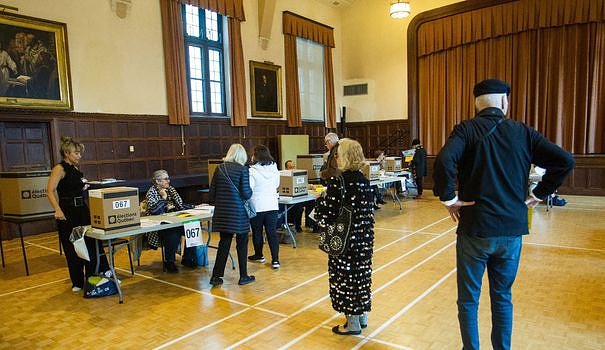 According to initial estimates, the Coalition Avenir Québec (CAQ), a heterogeneous right-wing nationalist party, led by current Prime Minister François Legault, would win some 50% of the vote.

Behind the other parties were very far behind with in second position the Liberal Party of Quebec (PLQ, center-left) at less than 15%, which would constitute the worst results for the formation which led Quebec nearly fifteen years before 2018 .

Four years ago, François Legault, ex-multimillionaire businessman, had come to power by succeeding in his bet to impose a "third way".

Neither separatist nor federalist, the founder of the airline Air Transat claims a "business" approach to politics and nationalist values.

“I am delighted to see my friend, Premier @francoislegault receive another strong mandate from Quebecers,” tweeted Doug Ford, Premier of Ontario, the neighboring province, in the evening.

"Let's continue to build deeper ties between our two provinces and strengthen our economic ties that create well-paying jobs," he added.

The Deputy Premier and Minister of Public Security of Quebec, Geneviève Guilbault was delighted with the results in front of the press. "People thought we had managed the pandemic well," she said.

"There was something ungrateful in having been a little forced to take care of this only. They want to give us a chance, a full four-year term to continue," he said. -she adds.

François Legault was to speak in the evening from Quebec City.

Gathered in the Le Capitole theater, hundreds of supporters were waiting for him in evening dress, wriggling on the red carpet, noted an AFP journalist.

Holding up blue placards marked with the party's slogan "Let's continue", all were turned towards the large television screens on which the announcement of the party's victory was paraded.

The question of Quebec identity agitated the campaign with a party in power which multiplied the sensational declarations.

It would be "a bit suicidal" to accept more newcomers given the decline of French, said François Legault, who had previously associated violence and immigration.

Its Minister of Immigration, Jean Boulet, went so far as to affirm that "80% of immigrants do not work, do not speak French or do not adhere to the values ​​of Quebec society".

Words that resonated particularly with the province's aging population. For Alain Gravel, 55, the issue of immigration is important, as are economic issues in a context of galloping inflation in Canada.

"We know that there are a lot of illegal immigrants who come. We absolutely have to find a way to close the gaps" between the United States and Canada, he told AFP after voting. .

With the glaring labor shortage facing the province of nearly 8.5 million inhabitants, the issue of immigration is also a real economic issue.