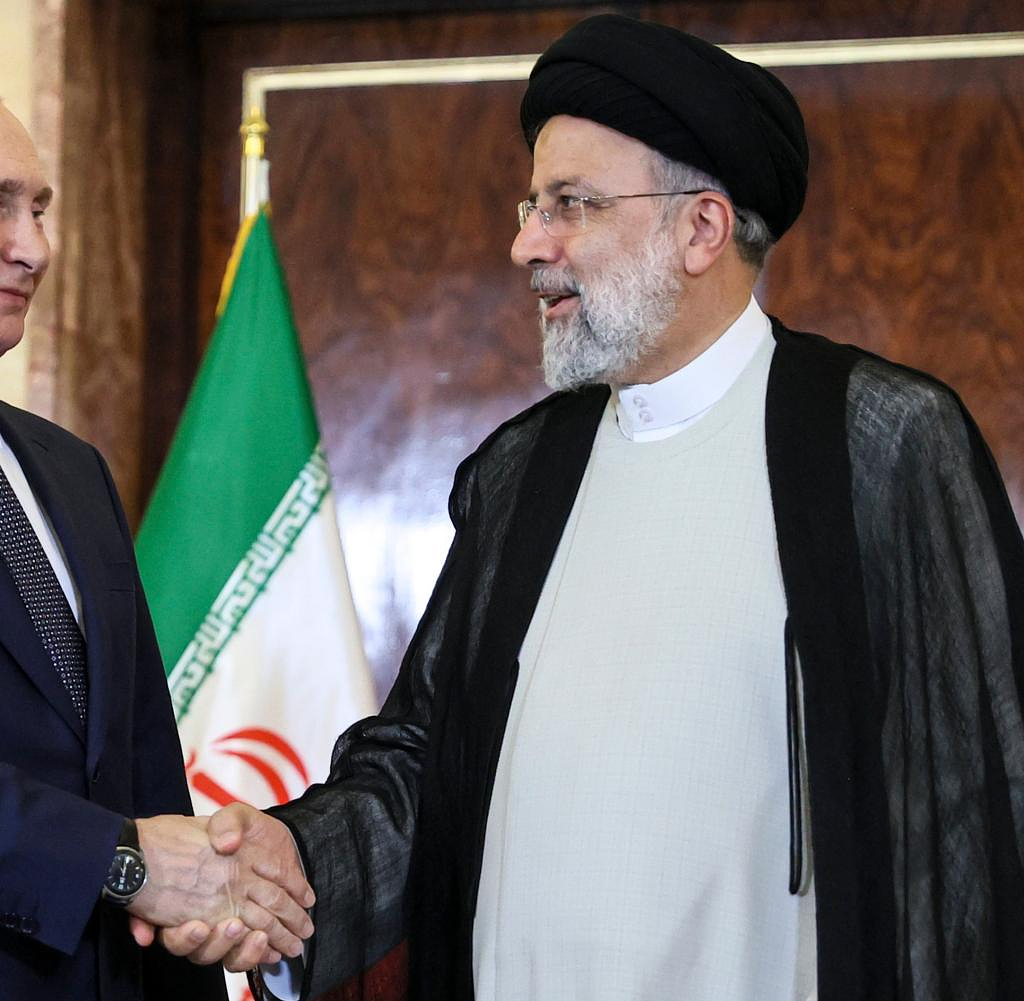 Kremlin chief Vladimir Putin and Iran's President Ebrahim Raisi have discussed the further expansion of relations between the two countries affected by Western sanctions. In the phone call on Saturday, the focus was on "cooperation in the areas of politics, trade and business," the Kremlin said afterwards. Iran has good relations with Moscow and was recently criticized for supporting Russia's war of aggression against Ukraine.

About a week ago, Tehran admitted for the first time that it had also supplied combat drones to Russia. The Islamic Republic made a limited number of drones available to Russia before the start of the war at the end of February, it said. Tehran has denied further arms deliveries since the beginning of the Russian war of aggression and the provision of missiles.

Ukraine, on the other hand, whose energy infrastructure was severely damaged by massive Russian drone attacks, accuses Iran of supplying Moscow with significantly larger arms.

The Iranian judiciary, meanwhile, is beginning to implement the draconian punishments threatened against anti-government protesters. Ten men and a woman have been charged with the killing of a member of the Basij militias during a rally near Tehran on November 3, the IRNA news agency reported on Saturday. You face the death penalty.

The militia, loyal to the clergy, was deployed to put down the protests after the death of 22-year-old Mahsa Amini. The Kurd died in police custody on September 16. The so-called vice police arrested her because she was said to have been dressed inappropriately.

The nationwide rallies against the leadership of the Islamic Republic, which have been going on for weeks, apparently continued at the weekend. A video was published on the widely read Twitter account 1500tasvir that allegedly shows nighttime protests in the coastal Caspian Sea town of Babolsar. Gasoline bombs are shown being dropped on a Basij base.

Activists in Iran have also called for a mass demonstration next week to mark the third anniversary of the brutal crackdown on protests in 2019. “Let's get together on November 15 and conquer one of Tehran's highways. The streets are ours," said anonymous activists in a call that women's rights activist Negin Schiraghaei published on Twitter on Saturday.

The 2019 wave of protests known as "Bloody November" was sparked by a surprise overnight hike in gas prices of up to 200 percent. During the days of unrest that followed, police stations were attacked, shops were looted, and banks and petrol stations were set on fire. The authorities imposed a one-week internet ban.

‹ ›
Keywords:
NewsteamIranPutinWladimirRaisiEbrahimRusslandUkraineKrieg (24.2.2022)
Your comment has been forwarded to the administrator for approval.×
Warning! Will constitute a criminal offense, illegal, threatening, offensive, insulting and swearing, derogatory, defamatory, vulgar, pornographic, indecent, personality rights, damaging or similar nature in the nature of all kinds of financial content, legal, criminal and administrative responsibility for the content of the sender member / members are belong.
Related News