"Putin is destroying the basis of his power," says the Kremlin critic in exile

Suspected sabotage of the Nord Stream gas pipelines, Vladimir Putin's partial mobilization, Russian deserters and a federal government whose planned gas allocation is about to end. 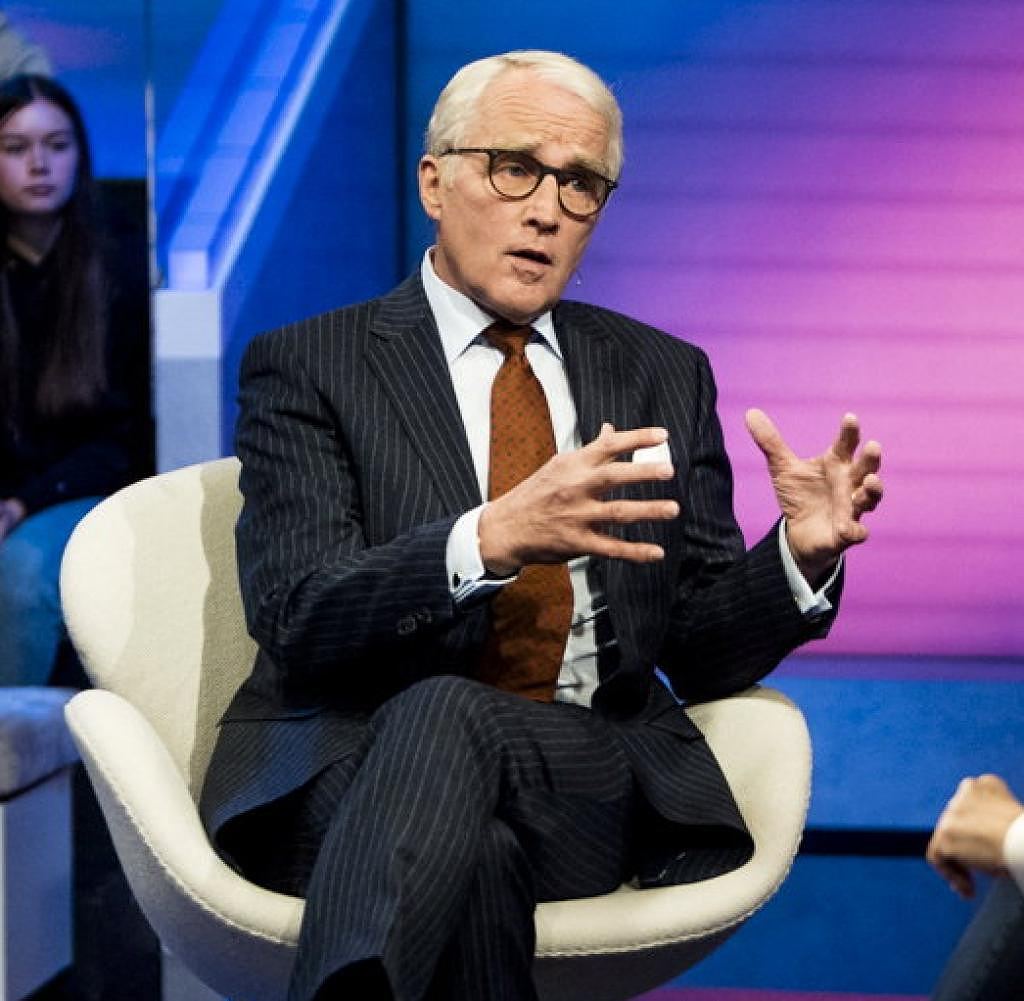 Suspected sabotage of the Nord Stream gas pipelines, Vladimir Putin's partial mobilization, Russian deserters and a federal government whose planned gas allocation is about to end. Sandra Maischberger was not short of topics for her ARD talk show on Tuesday evening.

Will the mood in Russia change after anti-war protests? The moderator discussed this with the former German ambassador in Moscow, Rüdiger von Fritsch, and Tikhon Dsjadko, editor-in-chief of the Kremlin-critical television station Doschd. The economist Veronika Grimm and the head of the Parity Welfare Association, Ulrich Schneider, spoke about the federal government's strategies in the energy crisis. The debates were flanked by the moderator Pinar Atalay and the journalists Markus Preiß and Michael Bröcker.

The first was the sanctions against Russia. Do you harm us more than Russia? "The solidarity is great, but when it comes to the nitty-gritty and one's own wallet, opinions change and the pressure on politicians increases to take people with them," said Atalay. "The sanctions are useless," said Bröcker. "We wanted the aggressor to give in, that didn't happen. You just have to find out," he said.

Opinions also differed on the question of whether Germany should take in the numerous Russian deserters who are just leaving the country. "I don't think everyone who comes hates Putin's war and loves liberal democracy," Preiß alluded to a statement by Justice Minister Marco Buschmann (FDP), who advocates inclusion. "Many just didn't want to join the army," said Preiß, who immediately encountered opposition from Bröcker: "We don't test the attitudes of refugees. We didn't do that with Syrian refugees either."

Von Fritsch predicted a change in mood in Russia after images of people fleeing at Russian border crossings were uploaded. "What we're witnessing here is that there hasn't seemed to be any support for the war, just a lack of opposition." Putin said he took a big risk by ditching Russia's unwritten social contract once he's in power and serving the people and at rest is left. There is now resistance to this, but it has not yet been networked.

"Could Putin declare martial law to be able to close the borders?" Maischberger wanted to know. “He has tried to avoid that so far, he still speaks of a special operation. But I don't want to rule that out," said the former ambassador. Because in view of hundreds of thousands of men willing to emigrate, Russia has to consider whether it "must put a stop to it".

Dsjadko, who himself lives in exile in Latvia, called for support for the Russian conscientious objectors. "They are potential allies of the civilized world. If you don't take them in, they will have to go to Ukraine and kill Ukrainians," he warned. The protests after the partial mobilization are very dangerous for the Russian President, who is now taking the war to the people. "Putin is destroying the basis of his power."

"It always becomes dangerous for Russian rulers when mothers take to the streets," agreed von Fritsch. He suspected that Putin's inglorious role in this war would now become increasingly clear in Russia as well. "I think the eggs that are now being thrown at governors and security forces are a massive mess for Putin."

The areas occupied by Russia in the east and south of Ukraine are now to be connected via mock referendums. Both of them had a clear opinion on that, too. "The bogus speakers are a mockery of every democratic principle," said von Fritsch. They only served to stage another threatening backdrop. "Putin's game is who can hold his breath longer." Dsjadko, on the other hand, was certain that even in Russia nobody believed that the referendums were meaningful.

Towards the end, a year after the general election, the policy of the traffic light government was dismantled. Bröcker found that the currently disastrous poll numbers were absolutely justified, also in view of the failed gas levy: “We are seeing a Vice Chancellor and a Finance Minister on the eve of a historic economic crisis who are at odds and do not make any common policy. This is a disaster and the polls reflect reality.” Atalay also found: “The conflict between Habeck and Lindner was foreseeable, but in such difficult times nobody wants it.”

When asked whether Germany would get through the winter well with the full gas storage tanks, Grimm was concerned. If the gas price cap came instead of a gas levy, the necessary incentives to save could be lost. "You have to design the gas price cap in such a way that we don't increase consumption and then not get through in the end."

The destroyed pipelines could also increase gas prices, according to Grimm, since it is unclear whether gas will ever be able to flow through these pipelines again. It is further evidence that one must make oneself independent of Russian gas. "It is important that we do not become as dependent on one actor as we are at the moment."

Ulrich Schneider made it clear how precariously the energy crisis will affect low-income households. Higher prices are no longer affordable for many. “Two million people regularly go to the Tafel. They don't do this for social reasons, but because they don't know how to get groceries.” Many people take out loans and are at risk of going into debt. The fear of evictions is also real.

Schneider was skeptical about the gas price cap. One should not distribute the money with the watering can, but it must be distributed to the needy in a targeted manner. "I cannot accept that," said Schneider about the argument that the state could not reach citizens with direct payments. The state knows the account number of almost everyone. "But as long as Lindner steps on the financial brakes, nothing will happen."

‹ ›
Keywords:
MaischbergerSandraRusslandUkraineKrieg (24.2.2022)Newsteam
Your comment has been forwarded to the administrator for approval.×
Warning! Will constitute a criminal offense, illegal, threatening, offensive, insulting and swearing, derogatory, defamatory, vulgar, pornographic, indecent, personality rights, damaging or similar nature in the nature of all kinds of financial content, legal, criminal and administrative responsibility for the content of the sender member / members are belong.
Related News