Purchasing power: at the start of the school year, what aid and for whom?

This is the back-to-school file. 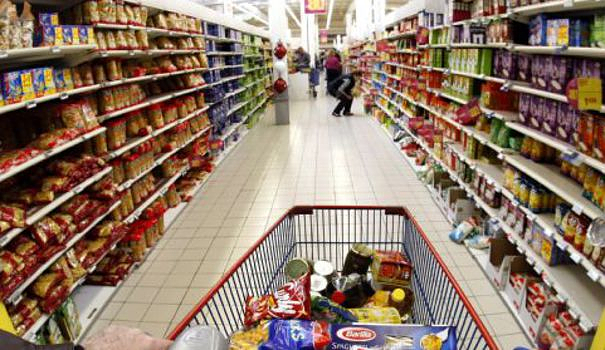 This is the back-to-school file. The Prime Minister, Elisabeth Borne, has her eyes riveted on the question of purchasing power. Weakened by the war in Ukraine and the resulting runaway inflation, it has established itself as the number one political subject of the presidential campaign and will still have an important place in the debates on the occasion of the first start of the new National Assembly. With the cost of living expected to increase by 5.5% in one year, the highest level since 1985, the government has undertaken to help the most disadvantaged and the middle classes by proposing a bill grouping measures assistance. Published in the official journal in mid-August, these measures are now effective.

The executive therefore observes with great attention the reception of the aid mechanisms, their application and the political fallout which it hopes to enjoy in the coming months. The back-to-school allowance was, for example, distributed on August 16, two weeks before school resumed. She is not the only help device unlocked. L'Express gives an overview of the aid you can access.

It is distributed each year to three million families. Its amount fluctuates according to the age of the child. From 6 to 10 years old, parents receive 392.05 euros per head; the amount rises to 413.69 euros for children aged 11 to 14; at 428.02 euros between 15 and 18 years old. The back-to-school allowance (ARS) is paid on the eve of the start of the school year and in one go. It allows children and teenagers to arrive at school with new equipment and to start the school year in good conditions. "The back-to-school allowance is useful and fair! It is a precious help (...) to finance children's supplies and to meet back-to-school expenses", says government spokesperson Olivier Véran.

How ? It is enough to have income not exceeding the threshold and to be responsible for one or more children aged 6 to 18 who are in school, apprentice or cared for in a specialized reception establishment.

When ? The payment took place on Tuesday, August 16.

Parliament voted, in early August, as part of the purchasing power bill, an exceptional back-to-school bonus which aims to support taxpayers. The Minister of Solidarity, Jean-Christophe Combe, speaks of a "pledge of solidarity and social justice for families and for those who are strongly impacted by inflation". The amount of the payment is 100 euros per household and 50 euros per dependent child.

How ? It will be paid automatically when you are a beneficiary of social minima.

When ? The payment will take place on September 15.

The fuel discount decided under the authority of Jean Castex and extended by Élisabeth Borne aims to lower the price at the pump. This is a discount of 18 cents per liter of fuel (in mainland France), introduced on April 1. Its amount will even be increased during the month of October, reaching a discount of 30 cents. From November, it will be revised downwards and this time will drop to 10 cents.

When ? From now and every time you go to the gas station.

How ? It's an immediate discount at the pump.

The price of fuel is expensive, public transport is not your cup of tea or you want to do something for the environment when you go to work. Aids support your approach. Like the back-to-school allowance, they have existed for several years. They have just been strengthened and reassessed. The maximum bonus for the purchase of an electric bicycle will increase from 200 to 300 euros and will no longer be conditional on the payment of aid from a local authority. However, it remains conditioned.

How ? To benefit from the bicycle bonus, you must submit a request on the primealaconverstion.gouv.fr website within six months of the date of invoicing of the bicycle.