PSOE warns about the demise of Aguadulce's emergency team

Manolo Garcia was the spokesperson for the Socialist Group of the Roquetas De Mar City Council. 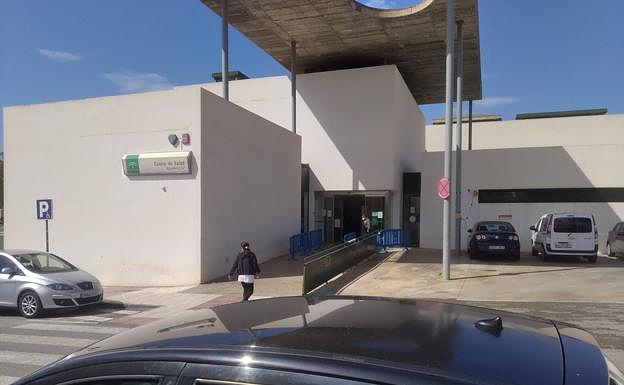 Manolo Garcia was the spokesperson for the Socialist Group of the Roquetas De Mar City Council. He denounced the planned reduction in emergency team members at the Aguadulce sur Health Center starting in June. According to the center's professionals, one of the two morning teams would be removed to be transferred to Roquetas Emergency Center in the summer months. This is a measure that Garcia said "perfectly exemplifies cuts and dismantling the public health of Government of Moreno Bonilla before which Gabriel Amat is complicitly silent."

This cut was unprecedented in Aguadulce, where emergency services were traditionally strengthened in summer months by the Junta de Andalucia due to an increase in population. He considered it "very serious" that there were less resources to support the north's needs this year. He also recalled that the Board's last years under the PP Government did not see the traditional summer reinforcements for primary care in Roqueteros health centres.

Manolo Garcia criticized the government of Moreno Bonilla for ending reinforcements in places like Roquetas De Mar where the population doubles, or triples during the summer months.

The socialist leader presented a motion to Gabriel Amat, mayor of the PP. He is asked to "get wet" in order for Roquetas de Mar to be able "claim what Roquetas de Mar requires." The mayor is asked to request that the Andalusian Government maintain the summer emergency teams at Aguadulce. He also requests that Roquetas be strengthened.

The rock socialists see this as a case of cuts and setbacks to public health. They also cite other issues like the long queues at health centers. This was denounced by the PSOE on multiple occasions.

Yesterday, Poniente Sanitary District resisted making statements regarding the complaints by the PSOE Roquetas and Aguadulce emergencies, but it was assured that they were still studying the summer operation and that no decision was yet made.

‹ ›
Keywords:
PSOEAdvierteEliminacionEquipoUrgenciasAguadulce
Your comment has been forwarded to the administrator for approval.×
Warning! Will constitute a criminal offense, illegal, threatening, offensive, insulting and swearing, derogatory, defamatory, vulgar, pornographic, indecent, personality rights, damaging or similar nature in the nature of all kinds of financial content, legal, criminal and administrative responsibility for the content of the sender member / members are belong.
Related News